Lorenzo Correas, of Terra Agronómica España S.A.: "We are carrying out tests to make a gazpacho out of pink tomatoes from Barbastro"

The pink tomato from Barbastro, traditionally produced in this region of Huesca from which it originates, has managed to make a hole in the competitive tomato segment, consolidating its presence throughout Spain.

"There is still a month and a half left in the campaign. This has been a complicated year due to the weather; in April, the frost did not affect us so much, but the summer heat did. Some flowering did not set correctly due to extreme temperatures, the plants have been more stressed and, even though we increased the area of cultivation for this campaign, we'll produce around one million kilos, i.e., nearly as much volume as last year," stated Lorenzo Correas of Terra Agronómica España SA, a company that belongs to the Correas Group. 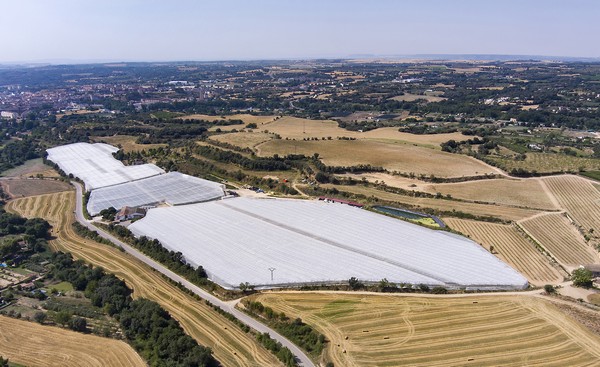 The firm will produce about 50% of this season's total volume in its greenhouses located in Somontano, in Barbastro (Huesca). "The tomato from Barbastro is an indigenous variety that has been preserved year after year among the farmers of the region, which stands out for having a spectacular flavor."

"We began to market it on a larger scale some 12 years ago; we started at a chain in Aragon, and today it is practically in every supermarket chain throughout Spain. Before the pandemic, we were presenting this tomato to several supermarket chains in the UK which showed a lot of interest in it after getting to know it and trying it, but we will still have to increase our production volumes to be able to export it."

This tomato has been grown in the region for generations, but it's always been linked to more traditional agriculture and local sales. The national expansion of the pink tomato from Barbastro has been possible thanks to the commitment of, among others, Grupo Correas, which is interested in this possible international projection as part of its growth strategy.

"We started 5 years ago with 4 hectares, now we have 10 more, and our goal is to expand the area by 2 more hectares for the next campaign; we want to gradually increase our production, as the demand for this specialty tomato continues to expand."

This year, the weather conditions had an impact on the production in Aragon and led to an increase in tomato prices. "There will be a low volume of tomatoes in the campaign's remaining month and a half, but the high prices can compensate for the lack of product," Lorenzo stated. "The pink tomato from Barbastro is a very expensive tomato to produce. It's a very delicate tomato, and its plant doesn't yield as many kilos as other varieties, for example, plain tomato." 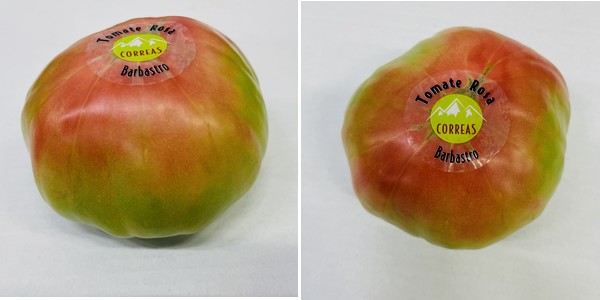 "However, it's been successful in the market because of its flavor. All the big seed houses work in their laboratories to produce varieties that have more flavor, but there are native and free tomatoes, like ours, that didn't need any research or any laboratory to have a great flavor."

"In fact, we didn't even need promotional campaigns or media advertisements to publicize the tomato to sell it. The tomato has been successful because consumers tried it, and more and more people are interested every day."

The fresh product can be found throughout Spain under the Tomato Rosa de Barbastro collective brand, which distinguishes it from the rest of the pink tomatoes produced outside the region covered by this name. However, Terra Agronómica España S.A. has also marketed the processed product. "Two years ago, we decided to market canned crushed natural tomatoes, and this year we are doing tests to make a gazpacho out of the pink tomato from Barbastro," Lorenzo Correas stated.