The Nedre Hanasand nursery, based in Norway, has increased its quality tomato yield by 30% year-round and improved the farm's environmental profile thanks to Philips GreenPower LED toplighting. Hanasand has upped its light usage by 50% and still generates considerable energy savings on its cultivation. The farm wanted better and more energy-efficient lighting that could contribute to the high-quality tomatoes they supply, which has now been recognized by both retailers and the Norwegian team in the Bocuse d'Or culinary competition. 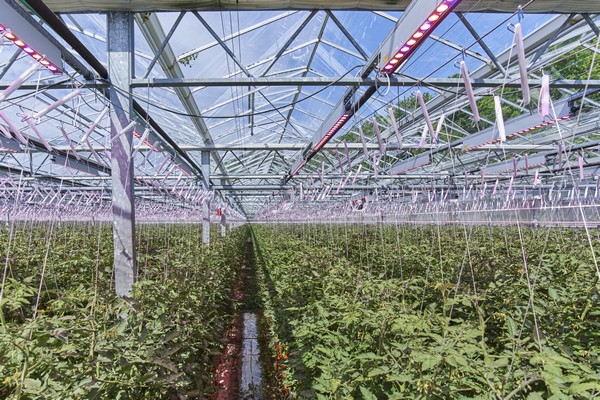 Nedre Hanasand nursery is located in Rennesøy, 30 km north of Stavanger, and grows tomatoes year-round. The Hanasand family has run the farm for many generations, and the current owner, Stig Jakob Hanasand, is a third-generation tomato grower. He says: "Hanasand farm has four hectares, with tomatoes distributed in six different greenhouses. The greenhouse where Signify's lighting is installed is where we grow the most different varieties of tomatoes. They are red, brown, black, yellow, and striped, as well as in different shapes and sizes. We have about 30 different varieties in all."

"We provided the tomatoes for the Norwegian team in the famous Bocuse d'Or culinary competition in 2021," Hanasand says. "That was an amazing journey. The chef, Christian André Pettersen, was here for half a day and tasted his way through various types of tomatoes to find the one that perfectly matched the menu. We even went down to Lyon with the tomatoes in our luggage in order to provide the freshest possible raw ingredients for the competition." Nedre Hanasand farm is already the main supplier of specialty tomatoes to Bama, a market leader in fresh produce sales and marketing, and one of the sponsors of the Bocuse d'Or team. 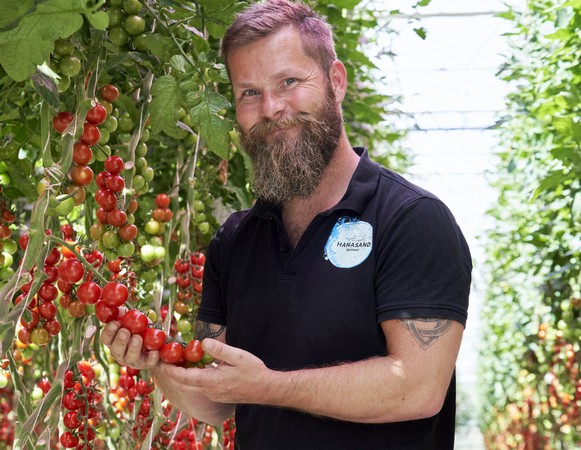 Energy savings
Hanasand has a goal for upgrading the lighting in its greenhouse, which was built in 2001. "The original reason for choosing Signify was because they had this solution with linear grow lights. The building we were going to install the lighting in does not have the same ceiling height as the other greenhouses, but we are still dependent on good light uniformity," says Stig Jakob Hanasand.

"Initially, we switched from HPS (high-pressure sodium) lighting to LED, and we have been testing the new LED lighting for almost a year now. We needed help from Signify for light calculations in order to get a really good amount of light and decent enough uniformity when using our lights. We did all the lighting installations and programming of when to switch them on by ourselves. We had sensors and control equipment from before. We also have weather stations that measure light, temperature, wind, and rain. We want to use daylight as much as possible. At a given amount of light radiation from the sun, the lights switch off automatically. Tomatoes should never have more than 18 hours of light, and it is important to know the amount of light in relation to how much we will water the plants."

"We are also testing this light on seedlings, which looks really promising, as we are seeing good results so far. The linear toplighting from Signify has a lot of uniformity, and the light works extremely well," says Hanasand.