Carl van Loon, the founding Director of the company is creating space for the new Executive team to continue to serve Powerplants’ long-standing customers and the expansion of the business into new markets and territories. After 28 years at the helm, Carl will be taking well-deserved extended leave prior to returning to the business in a new role with Powerplants and the broader Atrium Group.

A new Executive team will lead Powerplants in its next phase of growth. From 1 July this year, Simon Gomme will be the new CEO of the company and work alongside two new Directors: Michael Bednarz in the role of COO and Alastair McLean as Commercial Director. 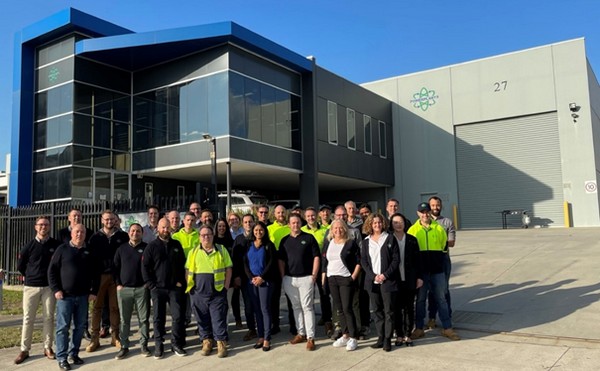 All three Directors have a long history with the Powerplants business. Simon Gomme has been a Director and Commercial Director of the business since 2011. Michael Bednarz has been with the business for 10 years and in his role as Operations Manager has introduced new operating technologies and practices to the company. Alastair McLean has also served in many roles at Powerplants since 2011 and is the current Divisional Head of Climate & Water Systems and has been instrumental in the development of markets in Australia and overseas.

Powerplants is part of the newly formed Atrium Group of companies which now reaches all corners of the globe. Powerplants’ and the Group’s focus will remain on bringing technology to the market to assist growers to increase productivity, improve quality and achieve sustainability in both their growing operations and businesses.

The business serves the Protected Cropping Industry in the fields of Fruit & Vegetables, Amenity Horticulture, Medical Cannabis, Floriculture, Forestry, and future farming and has recently expanded its operations into New Zealand.

The next significant phase of expansion for Powerplants will be into South-East Asia, with Indoor Farming and Vegetable projects already underway in Singapore and Vietnam.