"The stomata are opening, they're closing, they're dynamically responding to the environment"

Many people think a plant just, well — sits there. But under a microscope, pores called stomata on the plant's leaves are in constant motion, says Scott McAdam, assistant professor of botany and plant pathology. "The stomata are opening, they're closing, they're dynamically responding to the environment," McAdam says. "They're constantly receiving signals, and what's really cool about them is they respond fast, sometimes within a few minutes."

Although stomata are simple, just two cells that move to open and close the pore, they're critical to plant function. They are the gateways through which plants obtain atmospheric carbon dioxide needed for photosynthesis and emit water to the atmosphere by evaporation. "The stomata open and close depending on how much CO2 the plant needs for photosynthesis and how much water that they can afford to lose," McAdam explains.

As essential as this exchange is, scientists don’t yet fully understand how environmental signals regulate stomata. “We don’t know much about the full mechanism of going from an environmental signal to the movement of the stomata, and also how any changes to those pathways of action might influence where a plant lives in the environment,” he says. 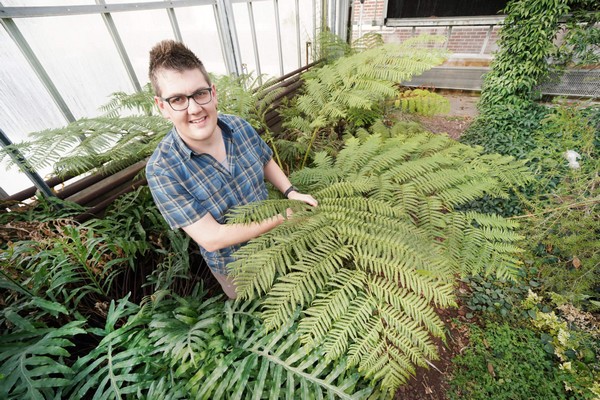 McAdam, a member of the Center for Plant Biology, hopes to fill that knowledge gap using a three-year grant from the National Science Foundation for his study, Using seed-free plants to link diversity in stomatal function with ecological strategy.

“One of the things we’ll figure out from this is some of the critical signals and mechanisms of stomata regulation — the environmental signals that are fundamental to stomatal behavior,” McAdam says. He also will identify the environmental regulatory mechanisms in which variation can occur to enhance plant productivity or drought tolerance.

McAdam’s lab focuses more broadly on the evolution of drought tolerance and key innovations (including stomatal regulation) that have occurred over more than 400 million years, allowing plants to colonize increasingly dry environments.

Stomata respond to light, pathogens, changes in humidity and, most important for his study, drought conditions. McAdam will investigate if stomatal function varies across plants, and whether this variation might determine where species grow and how well they survive stress.

“Closing stomata are critical for drought tolerance,” he says. “If stomata don’t close, the plant will dry out very fast and die. We don’t know what signals drive stomata closure during drought: How does the plant know it is experiencing a drought and that the stomata need to shut?” 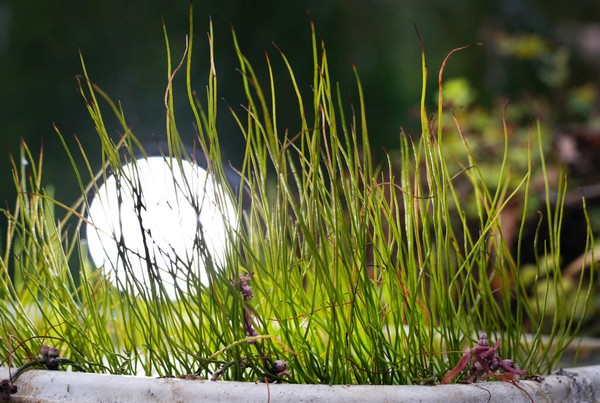 McAdam will try to answer that question and others using ferns and lycophytes, ancient groups of plants that have comparatively simple stomatal behavior, and in which variation in stomatal function is likely to have a large impact on plant growth and survival. “The idea is that these pores are so important for photosynthesis and survival during stressful conditions, any variation in the way the stomata might work would have huge implications for a plant’s ecology or the way it tolerates drought and its success as a species,” he explains. “So modifying stomatal function even slightly might have big implications for the evolution of new groups of plants or survival in interesting or stressful environments.”

Some ferns for the study will come from the collection of plants McAdam has amassed in the Purdue greenhouses and others from southern Indiana. He also will travel to Mexico to collect a lycophyte from the genus Selaginella that grows in deep ravines there. He has seen only a leaf of this elusive plant and hopes to bring it back to grow at Purdue.

McAdam’s use of varied species is intentional. “There is momentum to look at natural diversity and evolutionary diversity as a model system, rather than just a single species, to try to understand how plants are working,” he says. “That’s really exciting because we know a lot about a few plants, but we know very little about some very important fundamental responses of plants to the environment.”

The grant will allow McAdam to hire a postdoc and two graduate students, and he will use the project to provide research training to undergraduates. In fact, an undergraduate’s summer research and discovery of novel behavior by stomata in the aquatic fern Marsilea was the impetus for McAdam’s proposal.

Discovering variation in stomatal function across different plants could lead to improving drought tolerance or productivity in agricultural crops. “We could discover a certain pathway is critical for stomatal opening and having highly productive leaves,” McAdam explains. “And so understanding the mechanisms of stomatal control will provide new avenues for improving drought tolerance in crop plants or productivity and water use in agricultural spaces.”

Stomata are so fundamental to plant survival that until the last 10 years or so, scientists thought they must all be the same, McAdam says. Discovering that different groups of plants behave differently and that researchers can modify the way stomata behave — and its ecological and evolutionary ramifications — “is still a new idea and exciting for people who, for a long time, thought the behavior of these cells were so fundamental, you couldn’t change it."

Climate change is accelerating the need for information, he adds. “The environment in which we grow plants is changing very rapidly. One of the key ways a plant deals with periods of no rainfall or hotter temperatures is by stomatal responses.

“Knowing how plants respond to the environment is going to be so important for understanding how not only crops but also forests are going to respond as the climate changes,” McAdam says. “We don’t know that, and it’s happening too fast to not be studying it.”