Singapore: Two news farms on their way, one fully powered by solar

ArianeTech is a Singaporean tech company that specializes in researching, developing, and manufacturing modern agricultural technology and equipment. Currently, the company is constructing two new farms in the country. The other farm is functioning as a 5 & 7 layered pilot farm of 1500m2. This farm will be 100% powered by solar panels on the 5000m2 logistics warehouse rooftop. 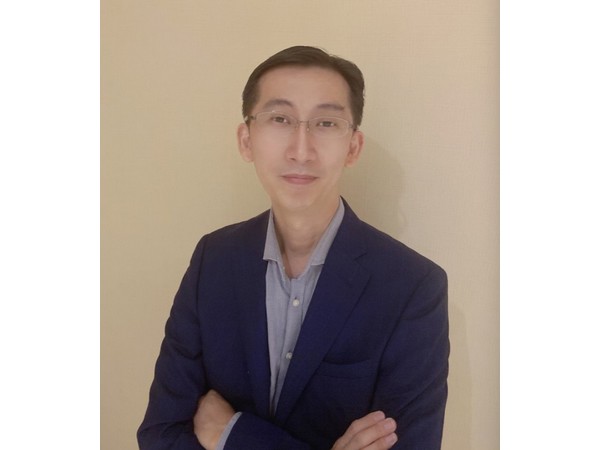 Cutting costs, allowing automation
Edwin explains that, although that is already a massive cost saver, they are not quite there yet. “At the moment, it costs about 5 Singapore dollars to produce a kilogram of leafy greens, while it costs about 4 to 4,50 dollars per kilogram to produce those same greens in a greenhouse, including labor costs. We are very aware of this problem, and we are very aware that we need to solve it. Luckily, we have an idea or two on how to do that.”

ArianeTech is betting on the incorporation of new robot designs to decrease costs. In fact, the company expects it to lower prices to about 1 Singapore dollar per kilogram. If ArianeTech manages to succeed, greens produced in vertical farms will be able to compete with the imports from Malaysia, when it comes to saving on the costs of energy and labor, Edwin notes.

“One of the plans we have in store is the implementation of autonomous robots which will take care of harvesting, processing, and packaging. This perfectly aligns with our vision: Supporting urban farmers by building highly efficient, energy-saving, and technically advanced vertical farms that produce high-quality crops with high productivity.” 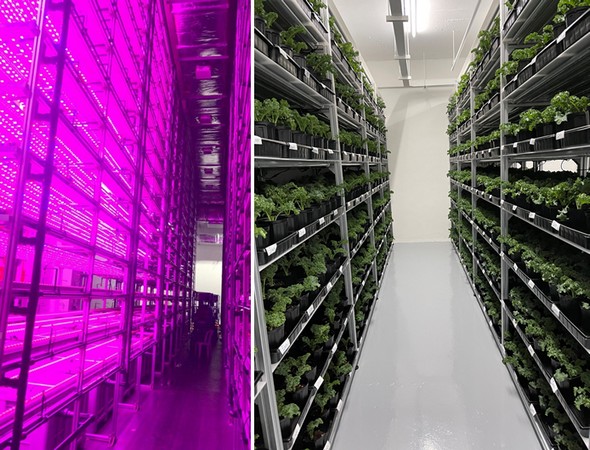 How it all started
Edwin explains that the company recognizes that no farm is the same as another, and thus no system is the same. “However, that doesn’t stop us,” he says laughing. “We know we cannot simply build the same system over and over again. But, we don’t want to do that given every farm is unique. We believe in customizing our products depending on what crops are grown, where they are grown, and what substrate they are grown in.”

Edwin explains that the company had been involved with electronics for a while when they started to focus more on lighting in 2010, around the same time they came into contact with a 1000m2 commercial farm in Singapore. “That’s how we got involved with vertical farming. We started to develop light spectrums for them, and since then, we have been actively involved in the sector. In 2013, we spent a lot of time researching and developing products for CEA, which resulted in our designing a lighting system for vertical farms, and later even in complete solutions.” 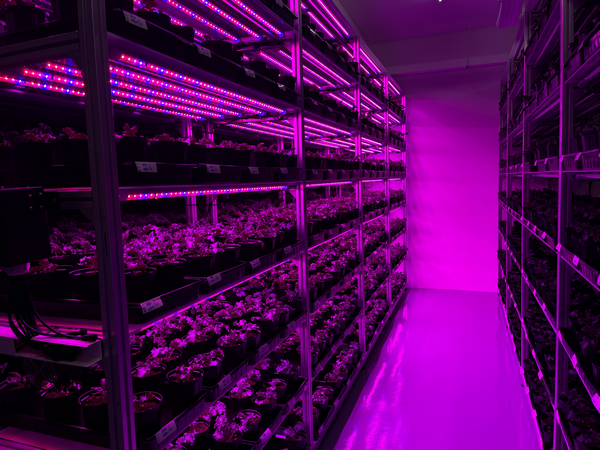 One of the farms

Growing strawberries in cool circumstances
Nowadays, the company is no longer active on just one farm. Edwin shares that Singrow, an indoor vertical farm in Singapore, wanted to grow strawberries indoors. And, perhaps even more of a challenge, they wanted to do so in a room-temperature farm of about 25 degrees Celsius.

“In order to make that possible, we designed a one-of-a-kind farm for them. It took place in a sports hall in one of the downtown districts. We completely conveyed that building into a functional farm.”

Not quite like other systems
Edwin explains that ArianeTech is very serious about bringing down costs for indoor farmers. After all, it’s a great concept, but it has to be feasible. “In order to help them, we have developed a highly efficient lighting system, as well as various possibilities to automate the farms. We work with the question of how we can make farming an easy – or at least easier – task in mind,” Edwin shares.

He continues to explain how they have various robots to perform the easier tasks, thus decreasing the need for labor – which is already very hard to find – and lowering costs. “Auto-seeders take care of germination, and we are developing a transplanting and harvesting system and robots that will process and pack the crops. Of course, there will still be human labor necessary to oversee everything is going smoothly, but it will still save costs. 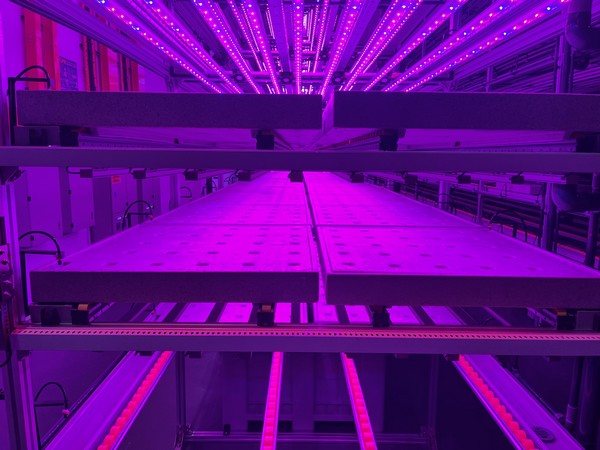 “We do recognize that such systems are very expensive, and not all farmers can afford to make such a purchase. In order to be able to help those growers, too, we are developing a smaller system to assist them without it costing a fortune. After all, a smaller farm doesn’t need the level of automation that, say, a 5000 square meter farm does; that simply wouldn’t make any sense.”

Future vision
Vertical farming as we know it today is still in its infancy, Edwin believes. A lot of research and development is still needed to optimize the systems to live up to their full potential. He does, however, believe things will change: “I wouldn’t be surprised in the slightest if, 5 years from now, automation would be the rule, rather than the exception. Now, I’m not talking about sealed facilities without any humans in it just yet, but I do believe a light form of automation and robotics assisting the human workers will be the future.”