Spain: "It's not going to be a bad season for those who have continued to bet on tomatoes"

The weather has brought a positive start to the Spanish vegetable export season in terms of available supply and quality. The demand and prices are acceptable for almost all products, and in the case of tomatoes, there is an ongoing reduction of the acreage, which has continued this year, too. There also continues to be uncertainty regarding transportation, which has led to the anticipation of orders in recent days.

"Vegetable sales are going well and sales prices are not bad, with perhaps bell peppers occasionally getting the lowest prices," says Ginés González, manager of Hortisol, a company based in the Almeria municipality of Roquetas de Mar. 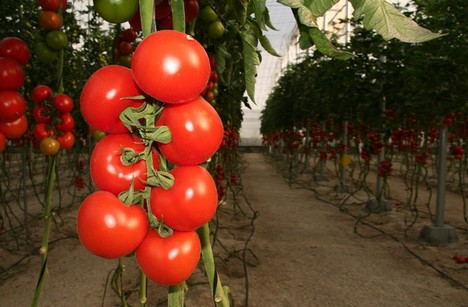 The acreage devoted to tomato growing in Almeria has again decreased this year due to the high production costs for growers, who find it increasingly difficult to compete with other countries. "Spain has lost much of its market share in the loose tomato market to the productions of Morocco and Turkey, which manage to produce at more competitive costs. As for tomatoes on the vine, the Netherlands has increased its heated production in the winter months, getting much higher yields than Almeria and taking advantage of its powerful logistics structure and better geographical position," Ginés says.

For reasons such as these, Almeria's producers have chosen to plant more bell peppers, which offer higher profitability with more affordable costs. "In turn, there has been a further diversification of the tomato production, with a stronger bet on tasty tomato specialties, which are less productive but more economically profitable, and whose sales have grown in the domestic market and in Italy."

According to Ginés Mena, the effects of this drop in tomato production are being reflected in the demand and prices, especially for tomatoes on the vine, because the Netherlands is also planting less this year due to the rising cost of electricity and gas. "It's not going to be a bad season for those growers who have continued to bet on tomatoes," he says.

"Everyone is affected by the issues with transportation"
"There is a lack of capacity for transport, and all or almost all have tried to place their orders earlier since no one wants to become unable to serve the goods to their customers," says Ginés González. "It is challenging because perishable products can only be stored for one or two extra days, at most," he says.

According to the trader, carriers are going through a desperate situation due to the increase in costs, especially the price of fuel, which is 40% higher today than at the same time last season. "Carriers have barely passed these costs on to their services, as they are operating at almost the same price as last year. The problem is even worse if we talk about the lack of drivers, which is leaving many companies with idle trucks."