With its new management team, Huisman Scherming is keen to continue growing after an eventful 2021. The developer, supplier, and installer of screen installations is looking to the future with confidence on the eve of the introduction of a number of innovations. 'We want to continue to grow the organization and further strengthen our position in the market,' says CEO Jack Vlottes, who has taken over from his father Ruud who unexpectedly passed away a year ago.

Huisman is also undergoing considerable expansion: the company from De Lier has expanded to approximately 90 employees. The working area is concentrated mainly in the major horticultural countries in Europe. 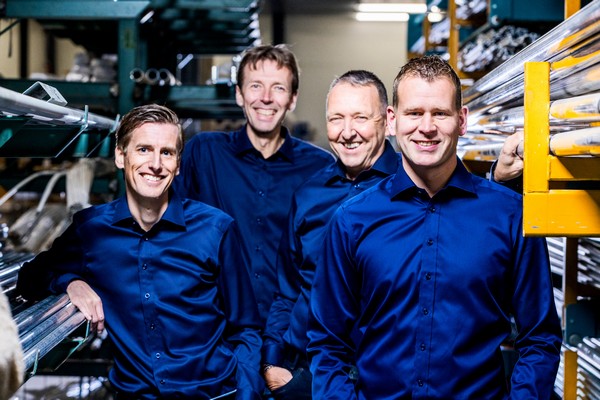 More stability in the organization
"Due to the strong growth of recent years, it is time for more stability in the organization. That is why we have strengthened the management team," says Jack Vlottes. He fulfills the role of CEO in the team, supplemented by Dave Boer (CCO), Frank van den Berg (CFO), and Jos van Daalen (COO). With this management team, Huisman wants to further invest in innovation, which the company has traditionally been known for. After all, it was founder Leen Huisman who developed the first screen installation more than 50 years ago.