"All our European greenhouses will be connected"

They started in Slovenia, expanded to Austria, are finalizing their greenhouse in Romania, and have just been given the green light to build a German project as well. "Building greenhouses all over Europe has been the plan from the beginning. After all, our aim has always been to offer local markets local produce, and the markets which have a shortage of such local produce are not neatly concentrated in just one country. We try to expand to wherever we feel it is necessary so we can reduce food miles and minimize our carbon footprint," says Mario Kurtović, CEO and owner at Panorganix. He sees that many markets are increasingly asking for locally produced food, but many countries simply could not provide enough to meet that demand. That is why the Panorganix team decided to spread its operations in Europe and other parts of the world. 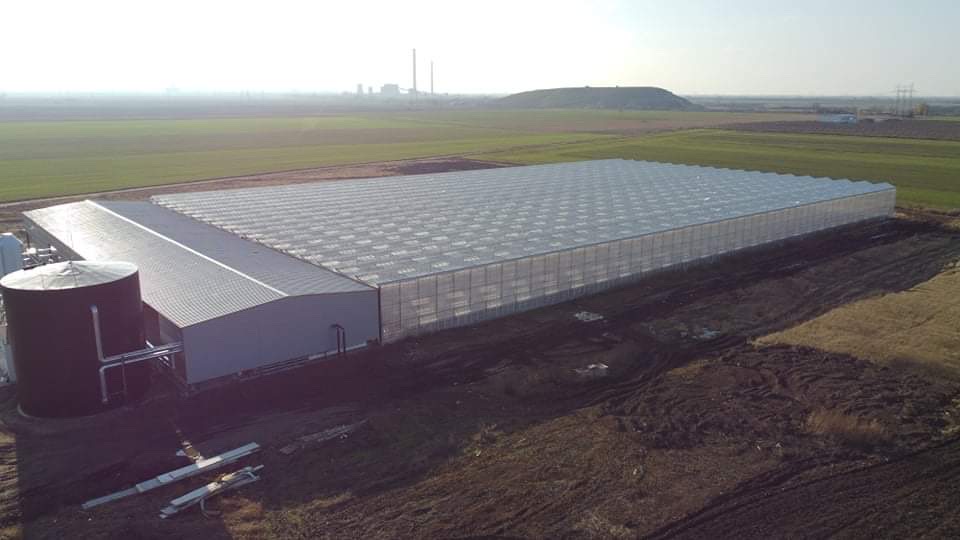 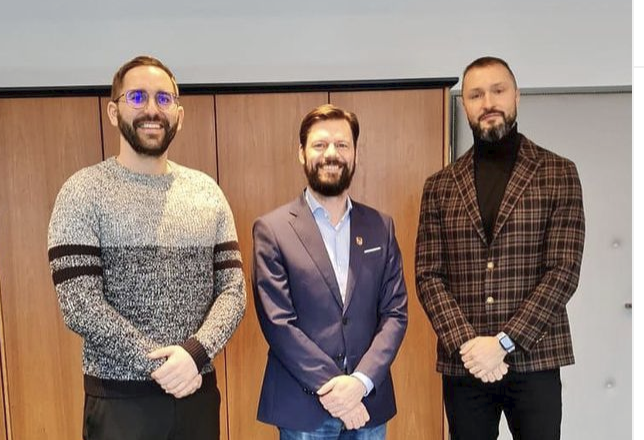 Be where you are needed
The benefits of such locally produced food compared to imported food are not that hard to think of: it drastically reduces the distance the food has to be transported and thus its carbon footprint, and fewer chemicals are needed to keep the food fresh during traveling. The production is done in controlled environment greenhouses that create no wastewater and use 95% less water than conventional farming. Also, Panorganix understands the consumer's need for locally grown vegetables from a trusted producer. The company targets one of the most pressing topics: "Working conditions under Europe's biggest vegetable producers, Italy and Spain, include hard work done by migrants that work for around €1,50 per hour, which is under the EU legislative standard. It's modern slavery," says Mario Kurtovic.

He explains that these are among the reasons why Panorganix is so keen on filling in the gap in local markets: "We need to take care of nature! That is also why we try to produce as organically as possible – which we already do, but EU legislation is lagging behind; in the USA, for example, our kind of lettuce production is already certified organic, while in the EU, only our herbs can be organic. We think that the younger generations, who are very aware of the need to be environmentally friendly and find eating healthily increasingly important, will ask for local and organic food more and more. We agree with their point of view. We are convinced that our efforts to grow healthy food locally will make a difference the younger generations will appreciate and support. It is where you grow it and how you grow it and what your impact is on the environment."

The places the company goes to are not chosen at random. It is quite the opposite; the company careful plans and investigates before the decision: "We always analyze the markets of countries both in Europe and the rest of the world where greenhouses that produce lettuce and herbs 365 days a year could be interesting, and we always connect with the market to find out whether or not there is any interest in more lettuce throughout the year. Nowadays, that's a little easier; if you work with a supplier in one country, it's relatively easy to work with that same supplier in another. Based on that information we decide whether we shall go to a country. For example, we found out Germany wants more locally grown lettuce, whereas countries like the Netherlands and Belgium already have plenty of lettuce growers and thus do not need another one to provide locally grown lettuce. It is very important to understand whether the market needs you before any decision is made that could prove fatal to your business." 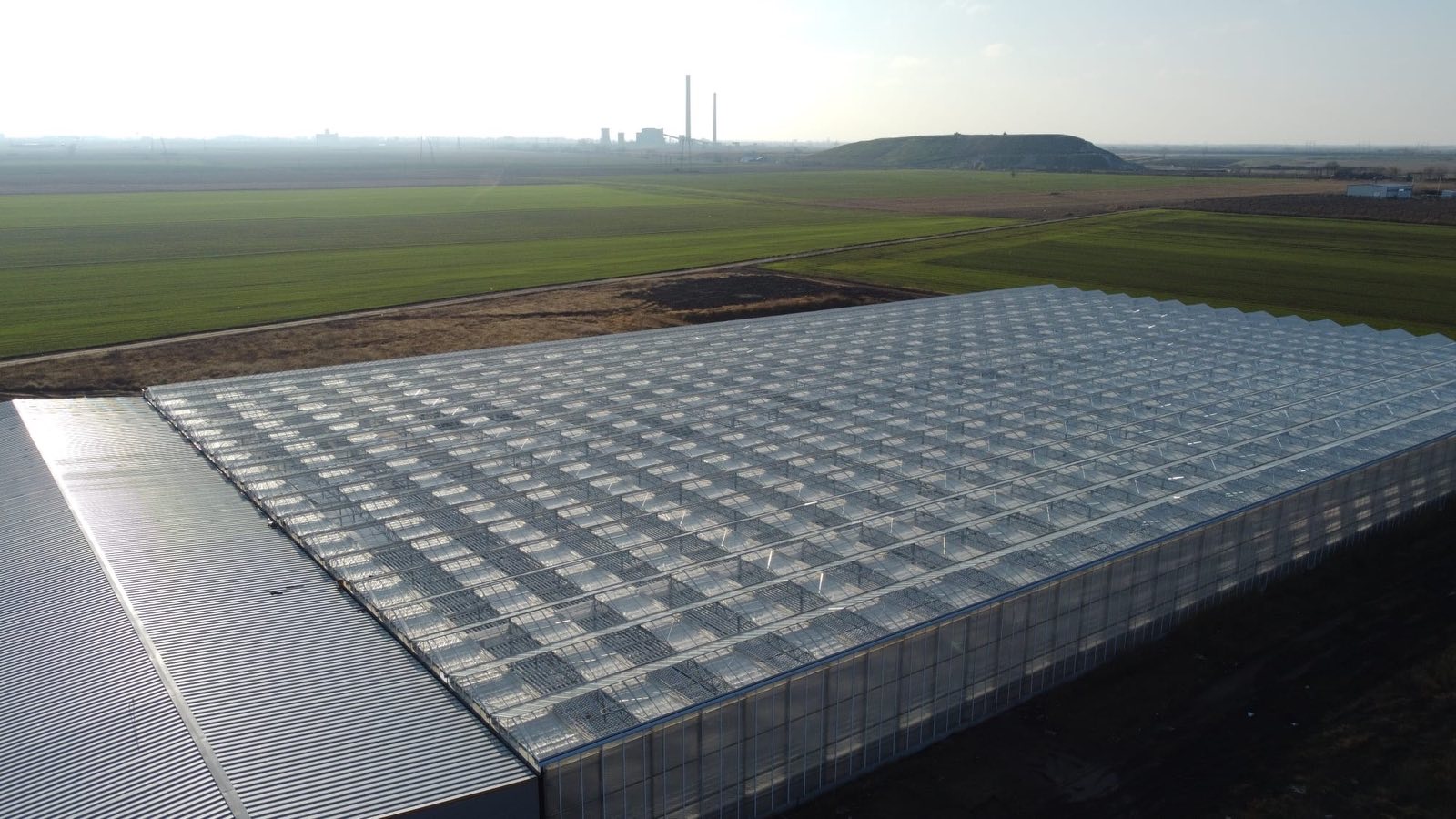 Onwards to Germany
Indeed, Germany turned out to be an attractive market for the company. Mario explains that they see a trend in Austria – it is no longer enough that produce originates from the consumers' country, but it has to be from the same region so that it does not have to travel thousands of kilometers – that they see in Germany, too. However, the German market cannot produce enough lettuce locally to answer the demand. "That is where we come in: we want to be the local producer supplying locally grown lettuce to the local market. Not to forget, Germany is one of the biggest lettuce importers globally, and what is produced seasonally is grown conventionally – sprayed a lot with chemical crop protection."

To do so, the company will build a 3.5-hectare salad greenhouse in Phase-1, in Berlin-Brandenburg. "3.5 hectares is huge for a lettuce greenhouse, and that is not all: we have room for a 1.5-hectare expansion as well! The local retailers and institutions have also expressed their interest in locally produced lettuce, but there aren't enough greenhouses in Germany to meet demand. We want to and will change that," Niko, the sales chief, says.

Everything is connected
A greenhouse in Germany, one in Slovenia, another in Austria and Romania; that all sounds like a lot to manage by yourself, does it not? The Panorganix team, too, realized it might be a little ambitious: "It's a bit like redecorating your house; it's a lot of stress, except that we are not doing it at just one location, but at five," Niko says, laughing.

To be able to keep track of everything, the company has come up with a solution: "We will connect the greenhouses in Slovenia, Austria, Romania, Germany, and even the one that we are going to build in Saudi Arabia – despite them being so far apart – with the Business Intelligence software and the Artificial Intelligence that will help to govern the greenhouses. We create our software through our R&D department, where IT companies work on a custom-made and unique solution. Within the app, you can access a variety of information: for example, you can see how many lettuces are in stock in the greenhouse and how many of those the market is requesting in the near future, what the cost of a unit are, what the sensors are telling us, prediction for stressful days ahead, and many things more that we can not reveal right now."

Besides the software that connects the greenhouses, they are also working on AI software that will govern the technology in the greenhouse. It will regulate the humidity, temperature, lighting, and many more factors to optimize the growing conditions. The financials, too, will be done through software, and that is not where it ends either: the company is examining all the available technologies and takes the best parts from all of them to make their own hybrids. That way, they will have the best possible technologies to make their work more accessible and more efficient. "By having such extensive technology and software, Panorganix will connect all current and future greenhouses to this unique network or a family of greenhouses."