One Eleuthera Foundation grows on the Bahamas:

“The Bahamas has an agricultural history but it has fallen to the wayside over the past 50 years. We want to help bring it back through training about advanced agriculture in greenhouses and regenerative agriculture outdoors,” says Tim Hauber, Cooling House Operations Officer at Bahamas-based One Eleuthera Foundation.

The organization has recently finished building a 1.1-acre greenhouse in Eleuthera, Bahamas, and is waiting on certain electrical components to finish the build. The greenhouse was built on One Eleuthera’s vocational school campus, the Centre for Training and Innovation (CTI) in Rock Sound, Eleuthera, with funding from The TK Foundation. Tim Hauber and his wife Selima, who holds a Ph.D. in horticulture, recently joined One Eleuthera to help run the greenhouse.

One Eleuthera opted for an A-Frame retractable roof production system offered by Cravo, who call this greenhouse model a ‘Cooling House’. 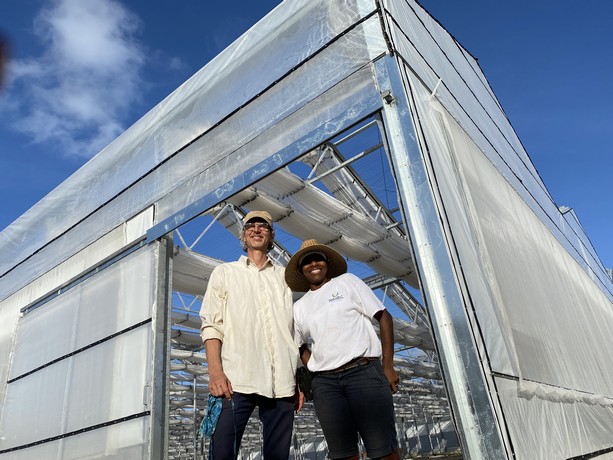 Why a retractable roof system?
With greenhouse technology falling under the realm of controlled environment agriculture, the industry is generally pushing towards complete environmental control, with some greenhouse builders going as far as designing hermetically sealed structures. However, the trademarked retractable roof system offered by Cravo seems to lie on the other end of that spectrum – what are the benefits?

As Tim explains, a retractable roof system is ideal in tropical regions that experience high light intensity, humidity, and temperatures. In The Bahamas, greenhouse production is particularly challenging during the summer months due to these conditions as well as high winds and heavy rainfall. Having a retractable roof will allow One Eleuthera to better adapt to seasonal and daily weather patterns.

“The Cooling House allows us to modify when needed. When the light intensity gets too high, I can shade my crop with my shaded roof and shade curtains without suffocating the plants,” says Tim. “We can keep our soil and leaf temperature in a safe range by providing shade during those peak hours.” 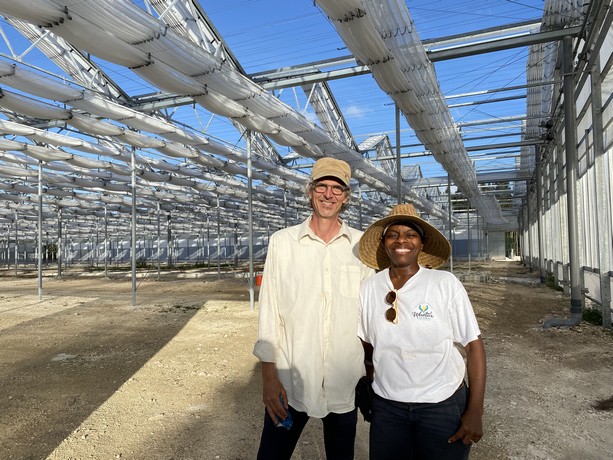 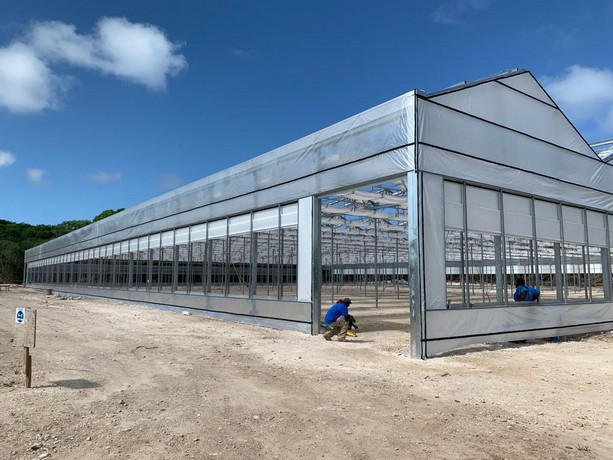 With its retractable roof, One Eleuthera will be able to close the roof ahead of heavy rainfall. In summer field production, heavy rainfalls quickly saturate the soil and make plants more vulnerable to fungal problems. With its roof closed, the greenhouse will also collect rainfall and has a million-gallon storage capacity. This is crucial due to the island’s limited freshwater resources. The greenhouse will have a desalinator as a backup.

When designing the greenhouse build, wind conditions were considered, as the winter months bring in cold fronts with wind speeds of 20-30 mph, and during the summer months, hurricane season strikes. “During the winter, we can close our walls and roof to protect against excessive winds. During the summer, we can protect our crops from a Category 2 hurricane. After that, we’d need to open the walls and roof to not lose the greenhouse. So, we could lose a crop, but we wouldn’t lose the whole investment,” explains Tim.

When asked about the implications for pests and disease, Tim notes that the greenhouse has insect netting on the walls and retractable netting on the roof. Opening the greenhouse does increase the number of entry points for insects and microbes, but Tim explains that these find their way into greenhouses whether the structure is hermetically sealed or not. Furthermore, the goal of the retractable roof is to keep plants as strong as possible and the stronger the plants are, the less of a problem pests will be. 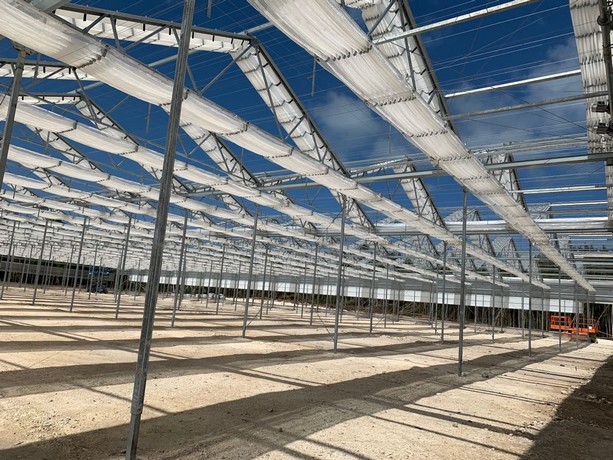 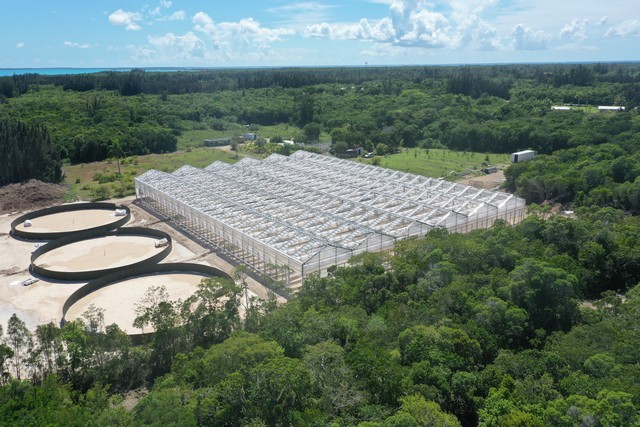 One Eleuthera Foundation to showcase both soil-based and hydroponic methods
One Eleuthera plans to take a twofold approach to growing, with half of its growing area devoted to soil-based growing and the other half to low-tech hydroponics. On the hydroponic side, leafy greens will be produced in a DWC system, while vine crops will be produced in Bato buckets. The reason for keeping the production method simple is to ensure that the facility fulfills an educational purpose and showcases accessible technology.

“Our main goal is to promote agriculture in the Bahamas since we import 95% of our food, so we don’t want our approach to be too high-tech and inaccessible,” says Tim.

As a non-profit organization that is also pioneering social enterprises, One Eleuthera is aiming to create local entrepreneurs, build community resilience, and improve access to nutritious produce. Due in part to its reliance on imported, processed foods, The Bahamas has a high incidence of non-communicable diseases such as diabetes, obesity, and cardiovascular disorders. Access to fresh food is particularly challenging in Eleuthera as the archipelago is 80 km east of Nassau, the largest city and port in the Bahamas. Food is typically shipped from Florida to Nassau and then Eleuthera, at which point its nutritional quality has dropped significantly. The One Eleuthera greenhouse will highlight the benefits of local agriculture through food production and education.

“Being located on the CTI campus, we’re all about training the population. Historically, CTI’s focus has mostly been on the disciplines of construction, culinary arts, and hospitality, but now we can expand further into farming, hydroponics, and food processing so that we’re not just growing vegetables, but also teaching,” explains Tim.

Under its social enterprise model, the greenhouse will be operated like a for-profit business to cover its costs, and any profits will be reinvested into educational programs, greenhouse projects, and the economic and social development of communities. The structure was funded by The TK Foundation, which was happy to support the build but wanted to ensure that the project had long-term sustainability.

“The TK Foundation was willing to put capital into the project but not to continuously subsidize it, so we’ll be running the greenhouse as a business then re-investing profits into the education portion,” Tim says.

One Eleuthera also exploring plant propagation
Aside from access to food, The Bahamas’ remoteness also proves challenging for access to plant material. The One Eleuthera greenhouse will thus also have an area dedicated to plant propagation for both agriculture and forestry. In a half-bay, the growing team will be propagating vegetable and tree transplants to support local farmers and conservation efforts.