“My husband and I had been looking for other places in the world to start a farm for a while when Hurricane Maria hit. The devastation Maria left behind made our choice easy: we were going to Puerto Rico,” says Lisa Jander, the Founder of Fusion Farms.

As an island, Puerto Rico is highly dependent on imported food - a staggering 90% of food consumed there is imported. With the hurricane, that dependence, and the dangers it brings with it, were sharply emphasized. What is more, even now, when hurricanes are not interfering, the country faces a precarious situation when it comes to its food supply. 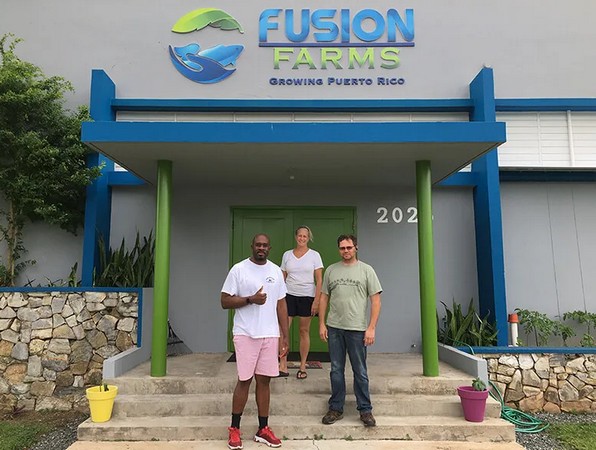 Bringing healthy food to Puerto Rico
According to Lisa, most of the food that arrives in Puerto Rico is depleted of any nutritional value, and, often, it is already on the way to being spoiled or is even inedible. Lisa found that shocking, which is why they decided to build their farm in Puerto Rico. As foodies from California, their goal was to grow healthy, delicious produce rich in nutrients, and to drastically reduce the miles the food has to travel. The fact that that also heavily reduces the use of chemicals typically associated with food traveling long distances is a lovely added benefit. 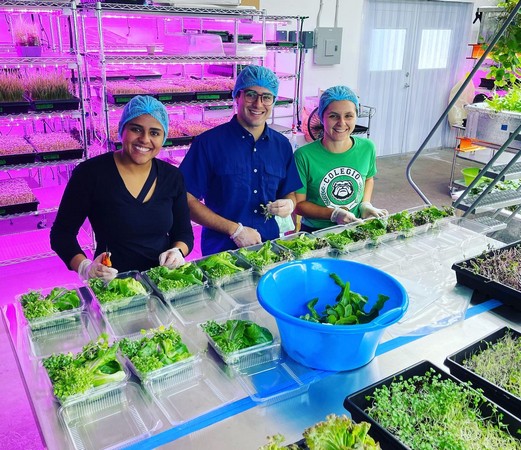 Growing on five levels
Fusion Farms was born. Their first building is 11.500 square feet (1070 m2) and houses five levels of aquaponics, with a capacity of producing 39.200 plants a month. Moreover, the facility is capable of producing 52 weeks a year, making it a first on the island.

“That way, we are capable of supplying the local grocery stores with 7 varieties of lettuce, basil, Thai basil, mint, Pak Choi, and even tomatoes and strawberries year-round! As it is a huge challenge to get these kinds of products consistently when having to depend on imports, we are really making a difference,” Lisa explains. 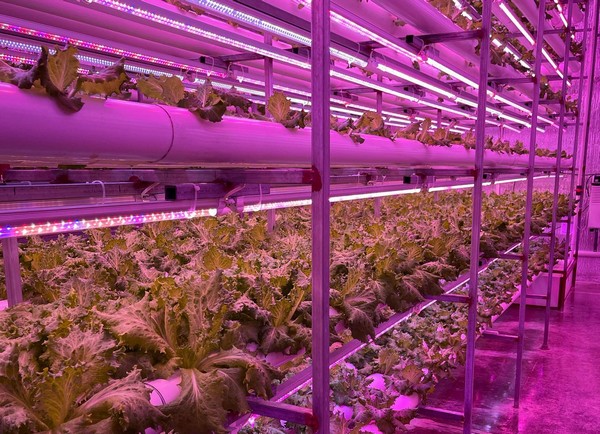 Increasing the efficiency
Although the facility is already helping Puerto Rico, Fusion Farms is looking at expanding to be of even more help. However, Lisa says that "although we have very ambitious plans, we are also strategic. We want to grow smart, not necessarily fast." Right now, they are focusing on growing ingredients for fish food, reducing energy costs with solar panels, and eliminating as much dependence on the global supply chain as they can. "That being said, we have our sights set on 3 additional buildings in addition to 5 on the mainland to provide even more locally produced food to the locals.” 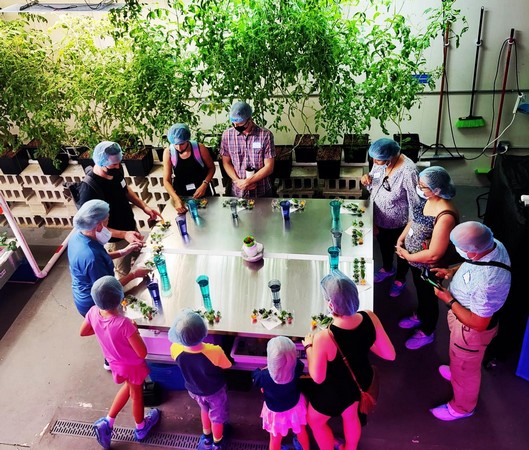 A workshop going on

Collaborating on every end
Local food supply is not the only thing Fusion Farms focuses on; they are very involved with the entirety of Puerto Rico. That is why they incorporate education, community outreach, partnerships, internships, and other outward-facing initiatives.

“We have a partnership with the University of Puerto Rico in Mayagüez so that we can offer paid internships to well-educated students. That way, they do not have to leave the island to look for work once they graduate. Just like we need to think about the farming of the future, we have to think about the farmers of the future, too.” The average age of farmers on the island is 60 years, but in this way, Fusion Farms hopes to remedy that problem.

Furthermore, the company is very sympathetic to small farmers and the efforts of Farmer’s Markets and restaurants, which is why they are focused on grocery stores and large distributors: “We do not want to compete with these small farmers. We want to help.” 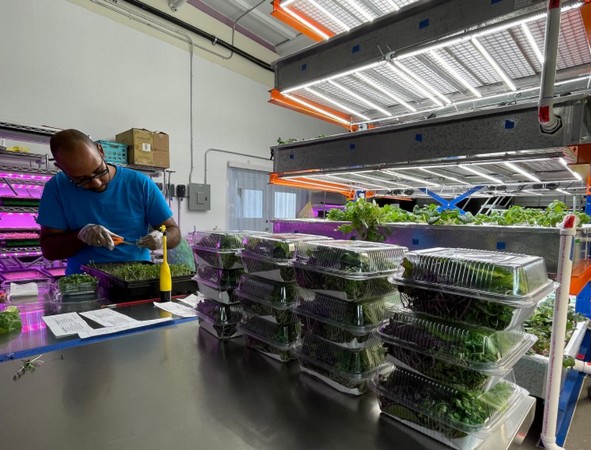 For the island's sake
Puerto Rico faces many challenges that make traditional farming difficult, such as hurricanes, earthquakes, pests, and humidity, to name a few. Moreover, the soil is depleted from years of monocropping sugarcane and erosion, so it is difficult to keep plants alive in the soil.

“That is why our aquaponic farming offers such a great solution; the crops are much better protected inside, and they are not dependent on the soil as they do not grow in it.”