Belgian Agricultural Marketing Board receives another €2.4 million in EU grants

From January 1, 2022, five Flemish Agricultural and Fisheries Marketing Board (VLAM) dossiers promoting organic products, vegetables, fruit, fresh and processed potatoes, and veal can count on European co-financing. With that funding, VLAM can focus on sustainability and inspiring and informing local consumers, and they can put extra effort into the British market. 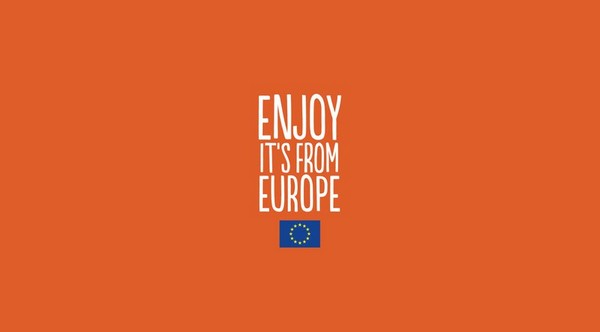 ''We can be quite proud of this result. More and more organizations are submitting solid dossiers, but the promotion budget is becoming more limited and the rules stricter" says Leen Guffens, Operations Manager of VLAM. "VLAM continually tries to obtain additional resources that benefit Flemish producers, and it pays off: thanks to our years of experience, our success rate is twice the European average.''

VLAM handed in nine dossiers. They were all approved, but four were not carried through because EU resources are not big enough to subsidize all well-scoring projects. The four non-subsidized files are for two ornamental plant projects, an export campaign for dairy products, and a vegetable campaign for young people.

Five dossiers can, however, count on EU grants:

Bio
They already have a running European campaign for organic products, and now, Europe has approved a complementary file for an online communication project. The current EU program focuses on reaching chosen target groups via high-impact media like TV. This second campaign will strengthen organics' presence in online communication. A well-thought-out content marketing strategy will allow the target groups with the economic potential to be reached with tailored messages through, among others, banners, native advertising, social media, videos, and collaboration with influencers.

Fruit, vegetables, and potatoes sustainability campaign
Together, VLAM's potato and fruit and vegetable sectors will highlight the Board's sustainability efforts via a collaborative project in Belgium, France, and Germany. The campaign is primarily aimed at PR campaigns. For Belgian consumers, newspaper and magazine advertorials will supplement the communication. They will reach local and overseas professional target groups mainly through LinkedIn, as well as advertisements in the trade press and participation in trade fairs (i.e., Fruit Logistica and Interpom).

Export campaign for processed potatoes to the UK
The United Kingdom is an important processed potato market. Brexit, however, might put pressure on VLAM's market position there. That is why VLAM developed a European project proposal. The quality of Belgium's processed potatoes and its sustainable production (from cultivation to processing) can be put in the spotlight in British retail, foodservice, and wholesale sectors. The project aims to maintain VLAM's market share and to perpetuate Belgium's image as a quality sustainable partner.

Fruit and vegetables to the UK
Those in Belgium's fruit and vegetable sector want to remain active on the British market, even post-Brexit. With the European funds, VLAM will set up an information campaign that will consolidate and increase fresh fruit and vegetable exports to the UK under the name 'Taste of Europe UK'. The themes addressed are sustainability, quality, and premium flavor.

Veal
To market veal, VLAM is again a partner in a follow-up campaign to that which is already running together with France, Italy, and the Netherlands. It aims to highlight the importance of European veal production and veal farms' expertise. Veal is, after all, a typically European product. VLAM will use the resources to set up various campaigns to highlight veal in retail outlets, as well as in the hospitality industry and directly to consumers. These include collaborations with chefs and influencers, as well as developing new recipes, workshops, store materials, and a website.