Crop advisors on tour in Austria, Hungary, and Slovakia

The Horti-Consult International cultivation advisory team has made it a tradition to travel internationally once a year. At the beginning of this month, they visited Austria, Hungary, and Slovakia. Below, you will find a big part of their trip report. 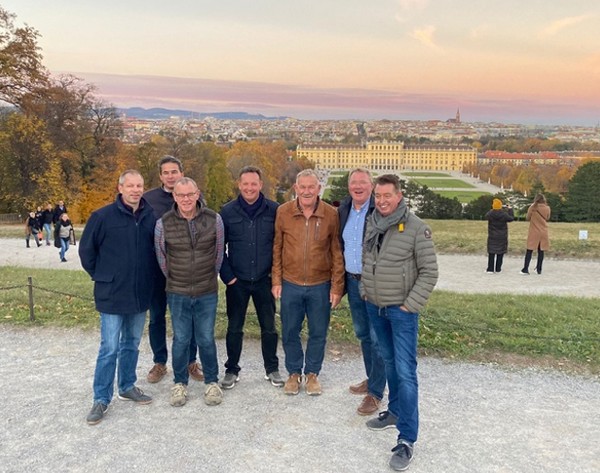 The gentlemen started their trip in Austria by visiting three cities, including Vienna, which is, with almost two million inhabitants, the largest city in the country by far.

In the capital, they visited a 2.3 hectares vegetable market called Naschmarkt. This market is the most famous market in Vienna, and its history goes back to the 16th century. 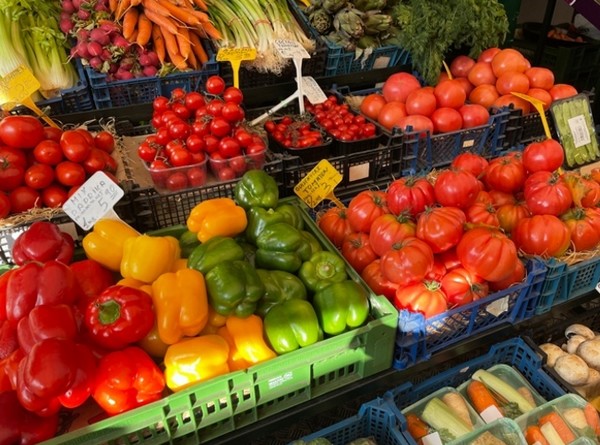 At the Naschmarkt, you can take a culinary journey around the world. You will find herbs and spices from all corners of the world, from typical Viennese to Indian, and from Vietnamese to Turkish. The many visitors you will see there buying fruits and vegetables are at least as colorful as the products on the market. 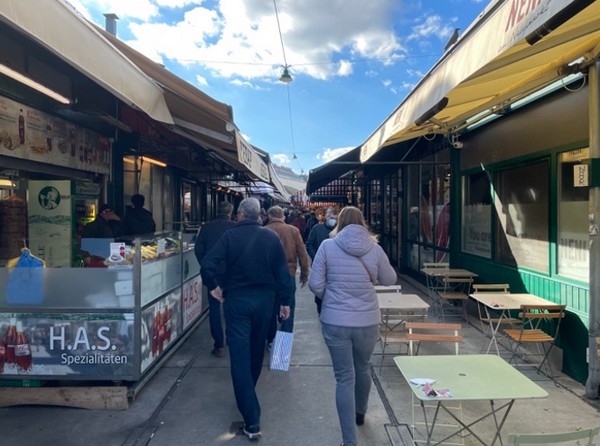 The city of Vienna is located in the northeast of the country on the River Danube. In fact, all three cities visited by the crop consultants are located on the Danube, the longest river in the European Union and the second-longest in Europe after the Volga. The Danube is a rain river, which means that the river is fed by soil. 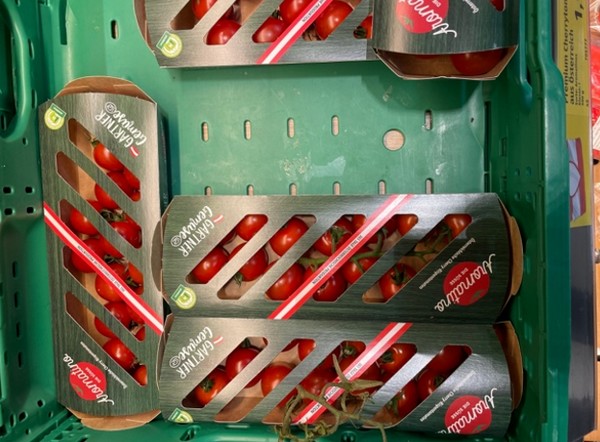 Horticulture in Austria
The total area of glasshouses in Austria is 650 hectares. Of this, a total of 340 hectares are greenhouse vegetables, of which 120 are cucumbers, 80 are peppers, and 140 are tomatoes. Of this last area, 30 hectares go to LGV, the rest to Perlinger. Residual heat (90%) and oil are the main energy sources. 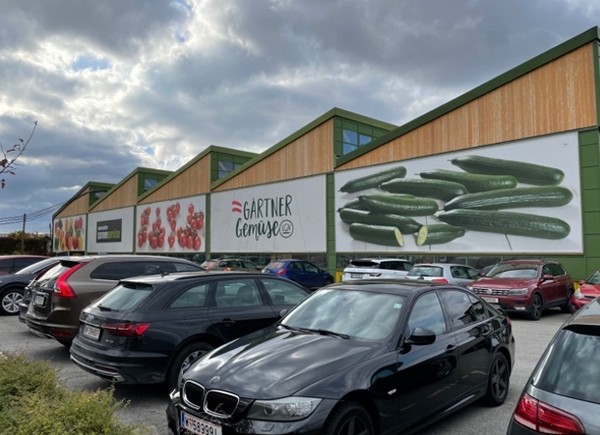 Dr Pottman
At this ISO-certified laboratory in Vienna, soil, water, substrates, and plants are examined in the shortest possible time using the latest analysis equipment. This laboratory has been located here since 1995. 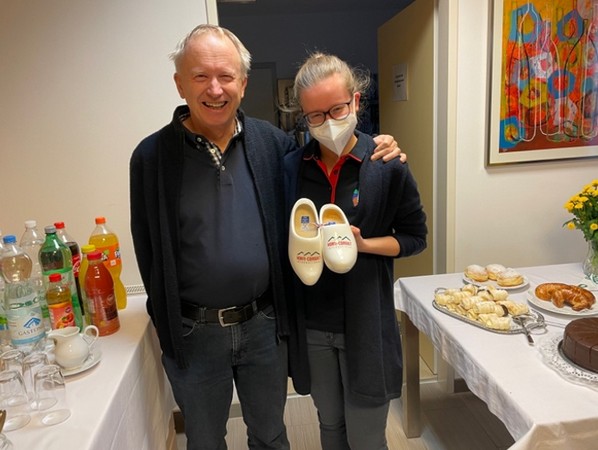 Around 100 analyses take place here every day and there is always personal contact regarding the sample. In plant analysis, a distinction is made between young and old leaves with boundaries different than in the Netherlands. According to Dr Pottman, the influences of elements such as cobalt and nickel are still underestimated. Limits of 0.3 coablt are important for the transformation of nitrogen. Supercalcium, ce, is mentioned for a better calcium absorption. 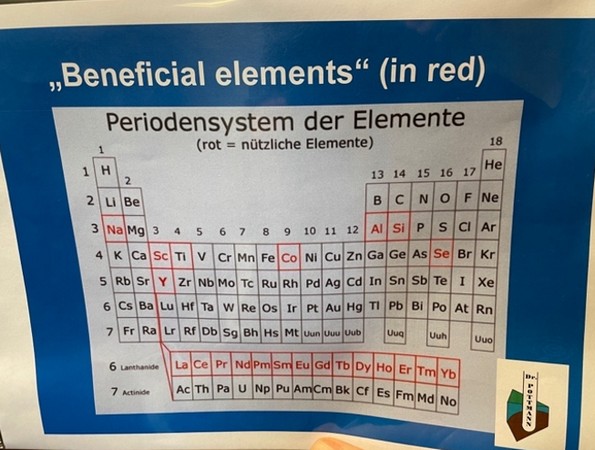 Visit to the Dutch embassy
In the capital Vienna, the gentlemen had "a very constructive talk" at the Dutch embassy in Austria with the Dutch ambassador Aldrik Gierveld and the agricultural advisor Koen van Ginneken. They discussed the cultural differences with the Netherlands. For example, the willingness to pay for organic and home-grown product (25%) is much higher in Austria than in the Netherlands (13%).

In Austria, the companies are getting bigger and the market is controlled by fewer players. There are also different approval rules for organic and chemical products, which even differ from state to state, and there are also big differences within Europe. This is definitely a point that needs to be worked on. They also discussed that, in the near future, it might be possible to establish good cooperation if the demand is there. The gentlemen would like to thank the Dutch embassy and in particular Agricultural Counsellor Koen van Ginneken and Ambassador Aldrik Gierveld for the good reception and the constructive discussion.

Ecoduna/Jongerius Algae farming
This company started in 2008 with two strains of algae: Spirulina and Chlorella. In 2018, a greenhouse was built, and in 2020, Nico Jongerius came into the picture. Algae have various nutritional benefits, for instance, Chlorella contains B12 - those on a vegan diet often have a hard time finding vitamin B12. Besides Omega 3, proteins are also found in abundance in the algae. Organic cultivation is not possible because of the transparency glass tubes require.

Research is done by studying the available information and experiments. There are a hundred companies that grow algae in Europe. At this location, it takes place on an area of 1 hectare. Mixing different types of algae is not possible; one strain will always prevail. The temperature of the water, fertilization, and misting for cooling are necessary, as well as pure CO2 and oxygen. Tubes are made of glass with a 96% light transmission. Vertical pipes were chosen because, according to them, this gives a better distribution and also better transport of oxygen. Harvesting can be done after 4 days, and a crop rotation takes place after 8 weeks. They can harvesting the algae by adding water. Currently, 15 people are employed in this area.

Wine visit to Scheiblhofer
With the most hours of sunshine and the highest temperature peaks, Andau is known as Austria's heat center. As the warmest town, the combination of mineral gravel soils offers the best conditions for mature and full-bodied wines. The conditions there are ideal for the production of wines such as Big John and Legends, which are produced by the company Scheiblhofer. In addition to these wines, the company has many white and red wines, a small number of which the cultivation advisors were able to taste. The company has grown rapidly in a short time.

On to Hungary, the capital of which is Budapest. The city is situated on both sides of the Danube and has approximately 1.7 million inhabitants, making it the largest city in Hungary. 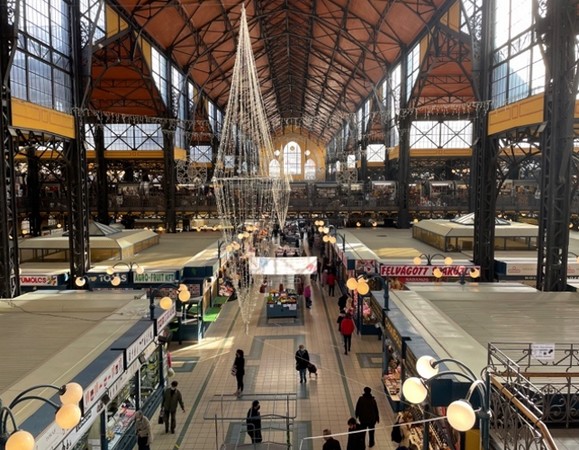 In Hungary, the advisors visited one company, Tungsram. 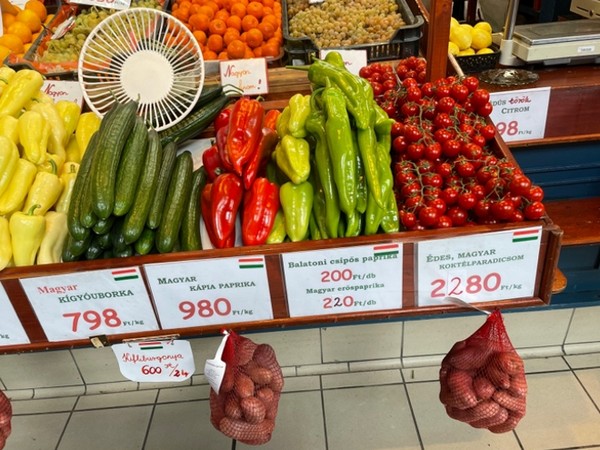 Tungsram
The lamp division of the company has been around for 125 years and is a well-known player in the field of lighting. In total, they have 5 locations in Hungary and employ 4000 people. The company has a turnover of USD 300 million. 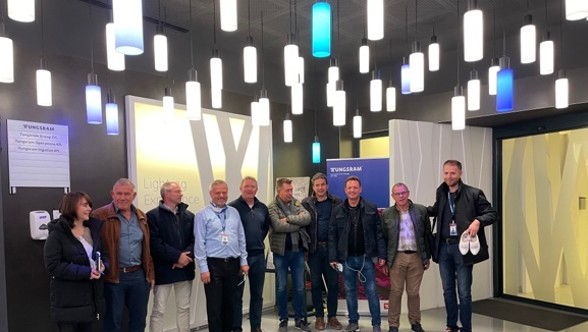 In 2018, the agricultural branch was established, and now the company has illuminated vegetable growers as customers too. The company also specializes in vertical farming, with a luminaire with output 3.8 micromoles per joule. Generation 2 will be released soon and has a modular design, making it possible to create different types of light for different applications.

The optimum distance is 1.5 meters, although distance is less of a problem because there is only a 2 to 3 % loss. Of course, there is also a difference between crops and the use of different lamps. There is a possibility of dimming. The future, of course, is to adapt to the natural light and the stage of cultivation. Tungsram currently gives a five-year guarantee, optional. 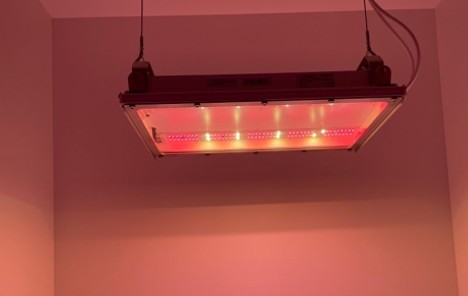 Slovakia
After Hungary, Slovakia was visited. The capital of the country is Bratislava, a city of half a million inhabitants that lies only sixty kilometres from Vienna.

Mp Connect
This company started in 2015 and currently has an area of 8 hectares. The 1st block is 5.5 hectares, of which 1 lit hectare with the variety Ternetto. A new block counts 2.5 hectares of strawberry. The company also has an outdoor crop of strawberries: 3 hectares of Mini-Air by Meteor Systems with a span of 2.5 metres. In this, 2 cultivation gutters can be found at 1.25 metres. In total, 3 crops are grown here: strawberry and tomato, but also 5 hectares of blueberries outdoors and 40 hectares elsewhere. 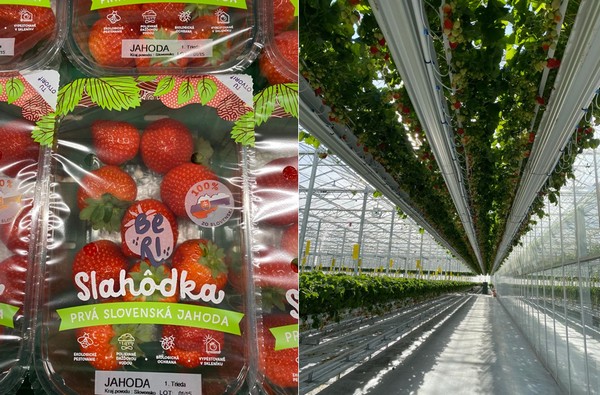 With the visit to the grower in Slovakia, the seven crop advisors concluded their trip. They visited many places in a short time, including companies outside their own circle of expertise. The gentlemen concluded the report by thanking all the companies for their cooperation and also with special thanks to their colleague Pieter Schoenmakers, who invested a lot of time in the trip. Horti-Consult International looks back on a very successful research trip. 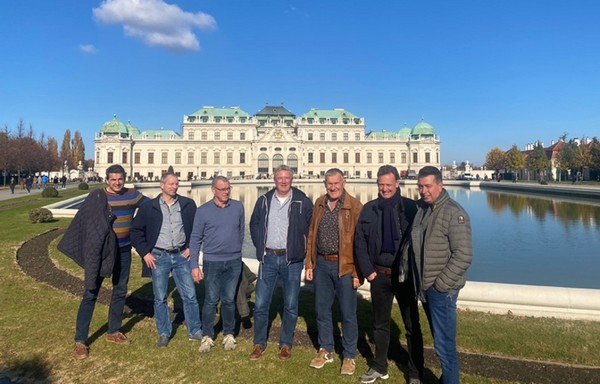