"In 1885, the English became the pioneers in the cultivation of Canary tomatoes for export"

Canary tomatoes are currently in a difficult situation. In recent decades, several factors have led to export figures falling from 352,000 tons in the 1998/1999 season to the almost 33,500 tons recorded in 2019/2020. Despite this decline, tomato cultivation in the Canary Islands is a story of success and internationalization, and the archipelago has been an important supplier of this vegetable in the European continent for more than a century. 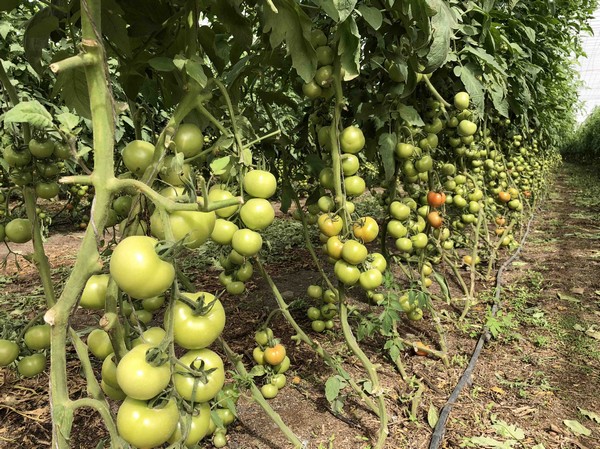 "The history of tomatoes in the Canary Islands began 136 years ago. At that time, the English of the companies established in the Canary Islands to supply the colonies realized that the climate in the archipelago allowed tomatoes to be grown at any time of the year, including winter, when there was no production in the United Kingdom. Thus, the English became the pioneers in the cultivation of Canary tomatoes for export, starting production in 1885," explains Gustavo Rodriguez, of the communications department of FEDEX, the Provincial Federation of Associations of Exporters of Fruit and Vegetable Products of Las Palmas. 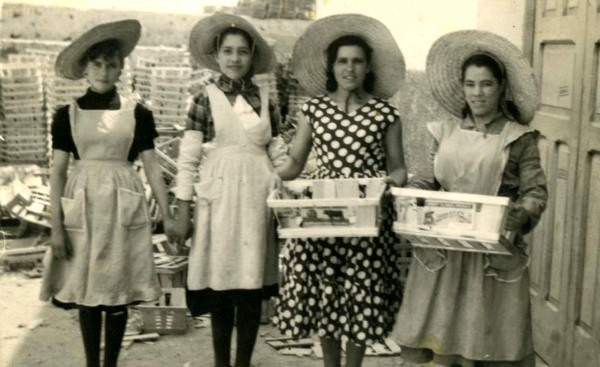 The first shipments of tomatoes to the British Isles confirmed the success of that initiative, which in a few years became a thriving industry. "Exports grew rapidly. The Canary tomatoes, whose production was initially in English hands, became a very famous item in England that even left its mark in the country, including the famous Canary Wharf neighborhood in London's financial district, so called because it was the place where the tomatoes from the Canary Islands arrived and were unloaded."

However, after having survived for more than 100 years overcoming the huge social, economic, and political consequences of two world wars and a national civil war, the powerful tomato industry in the Canary Islands has had to give in to a series of events that were as unpredictable as they were decisive for its future. 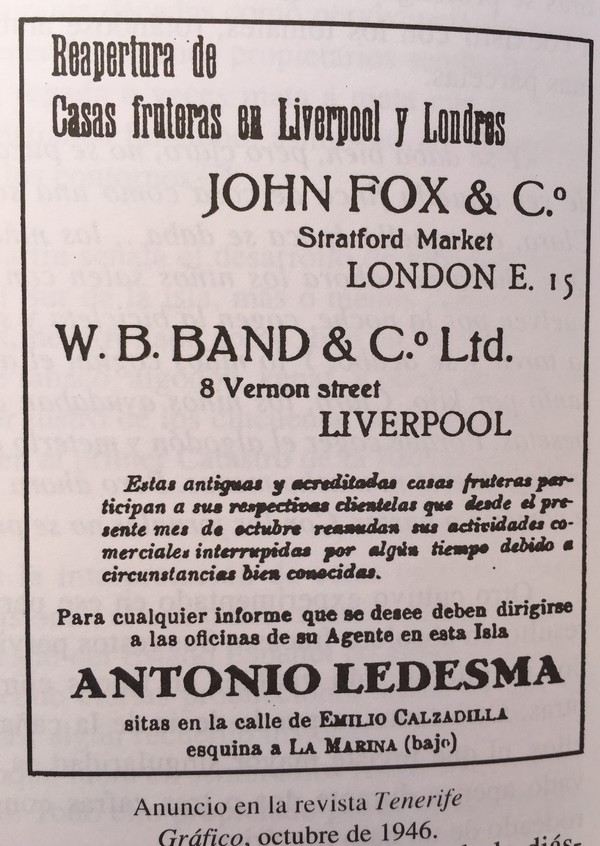 Viruses make their appearance in the Canary Islands
"The decline of Canary tomatoes began in 2000, just after the best harvest in the history of tomato cultivation in the archipelago, due to the appearance of viruses. The Tomato Yellow Leaf Curl virus (TYLCV), the Tomato Spotted Wilt virus (TSWV), and the mosaic virus (ToMV) burst into the scene and caused production costs to practically double in just one season. Since the Canary variety had no resistance to these pests, it was necessary to switch to other varieties and resort to the technique of grafting on rootstocks. This was not only much more expensive, but after decades of cultivating a variety that was perfectly known at an agronomic level, the sector had to adapt to a tomato that, in addition to requiring new management, had a lower productivity than the ones that had been cultivated so far," says Gustavo. "We had to change the structures completely and adapt to be able to fight against the insects that spread the pests, using thicker meshes that required higher costs and investments. All this resulted in a massive increase in costs that caused many growers to abandon the activity, and the immediate effect was a reduction in the production area." 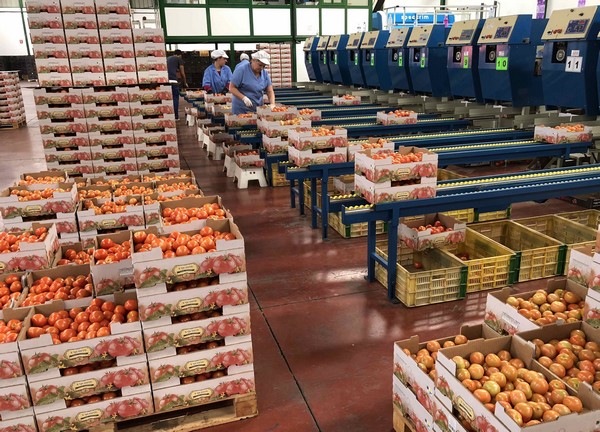 EU trade agreements
"That came hand in hand with the trade agreement that the European Union signed with Morocco. An import quota was agreed and prices were not allowed to go below a certain level so that the competitive position of European tomatoes wouldn't be compromised; however, history shows that the reality has been different," says Gustavo Rodriguez. "In the end, we've faced what can be described as unfair competition, and not only us, but also the Portuguese, French, Italian, Belgian, and Dutch, because it is impossible to compete on equal terms with the Moroccan productions. The Canary Islands was the first region to raise the alarm and also the one that has suffered the greatest impact. It is not the same to produce on an island in the outermost territories, with higher export costs and costlier imported inputs, as to produce on the mainland.

"Then came also agreements with other countries such as Turkey, Tunisia, and Egypt. There is always a geopolitical component in this type of relations and agricultural and fishing productions are used as a bargaining chip." 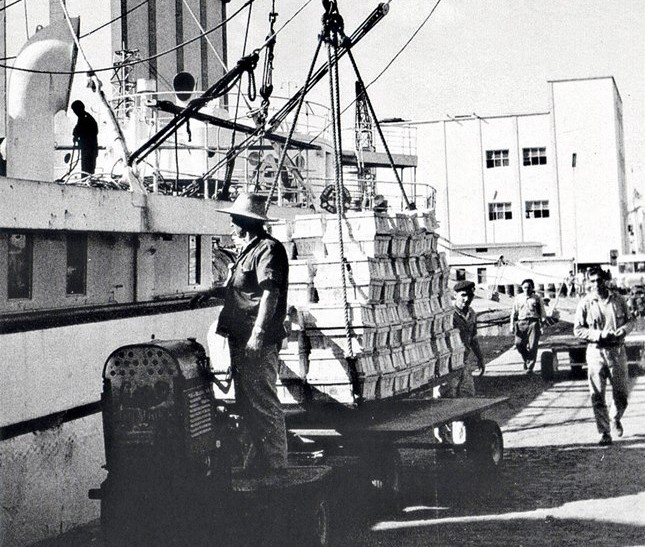 Increased costs
The increase in production costs in recent years has been another determining factor in the weakening of this sector. "There have been overall increases, but most noteworthy are those of fossil fuels, necessary for transport, for the production of fertilizers, nets, plastics, irrigation material, etc. The increase in the costs of this input alone has been reflected in all the others, and the problem is that this has not been reflected in an increase in sales prices, but quite the opposite. In 2000, prices started stagnating, and in these 20 years, they have only rebounded occasionally and in an exceptional manner.

"In the last three years, the minimum wage has also increased by 32.5%. If we take into account that tomato cultivation is one of the most labor-intensive crops, costs consequently skyrocket, and even more so in the case of specialties," says Gustavo. "On top of that, while labor costs in Spain are increasing, in Morocco they remain just as low."

A study conducted in 2019 by the University of La Laguna looked into the production costs of export tomatoes in the Canary Islands and compared them to those of its main competitors, thereby revealing the disadvantageous position of Canary production. The study concluded that "with the financial costs taken into account, a kilogram of tomatoes at the point of sale in the European destination would cost just over €1.05 in the case of the Canary production, approximately €0.80 in that of peninsular tomatoes and less than 70 cents in the case of Moroccan tomatoes." 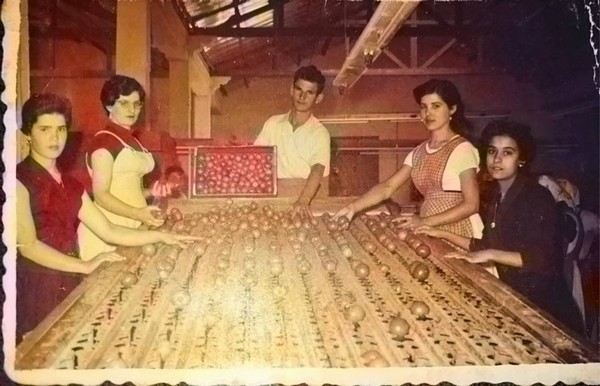 Gustavo Rodriguez explains that "in 2006, the Development Delegation of the Government Delegation in the Canary Islands conducted an audit on the 2002 transport compensation costs. This led to a judicial process that ended up in the Supreme Court. We won it in 2016, but until it was resolved, FEDEX and the Association of Exporting Harvesters of Tenerife were forced to make a full refund, with interest, of the subsidy for the year 2002, amounting to €22 million. In the ten years that elapsed, more than 50% of producers were forced to abandon the activity because of the debt they had to face. 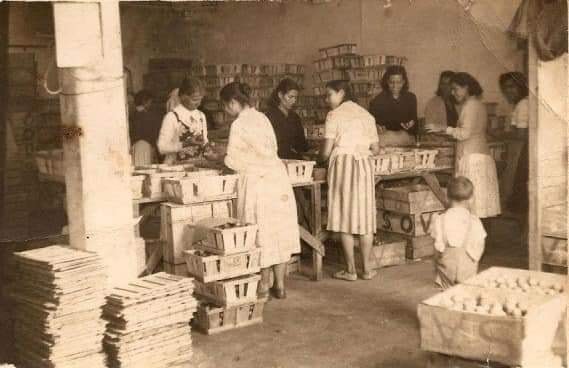 Delay in the payment of aid
Faced with a significant decline of the activity in the archipelago, with a reduction in the area and the volume, as well as in the number of producers, the Government of the Canary Islands drew up a Strategic Plan for the period 2009/2014 with the aim of trying to reverse the situation the sector was drifting into. "However, in 2011 there was a change of Government, the plan ceased to be fulfilled and producers, who had made costly investments in the improvement of structures and in technicization, seeking greater efficiency in their productions, warned that they had stopped receiving aid. In fact, 7 women from the municipality of La Aldea went on a hunger strike in front of the headquarters of the Presidency of the Autonomous Government in Gran Canaria as a last resort in view of the situation they were going through." 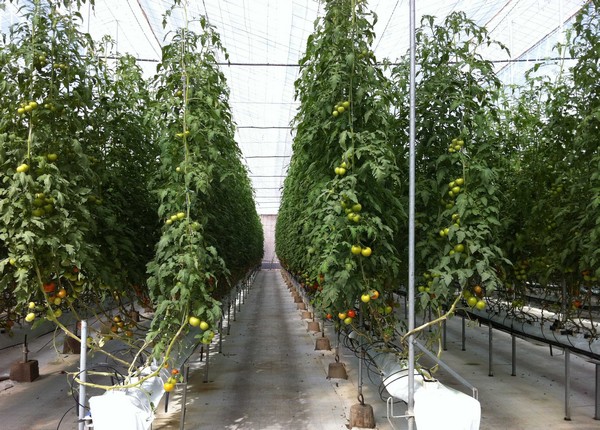 The tomato sector is still struggling to survive
Many are the reasons that have brought the Canary tomato sector to its current situation. To these, we can add Brexit in 2021 and, in a more subtle, but no less damaging way, climate change, which not only directly affects the production through extreme events, but has also allowed colder areas of the continent to grow this vegetable, with the consequent increase in the competing supply.

The crop's decline in the Canary Islands is an inescapable reality. With only 426 hectares registered in 2020 and 7 producers, the export tomato industry is now only a small fraction of what it used to be. However, the sector is still struggling not only to survive, but also to regain its strength.

"We have more than a century of experience in the cultivation and marketing of tomatoes, the most consumed vegetable in the world, according to FAO, whose demand, moreover, is on the rise. Our sector is at the forefront in terms of technology and we have a unique logistics network, with receiving and marketing companies in the United Kingdom and the Netherlands: Fortuna Frutos and Victoria Trade. Canary tomatoes are top quality and are in great demand in Scandinavia, Central Europe, and the United Kingdom, which continues to be very loyal to this vegetable, with which it once made history," said Gustavo Rodriguez. 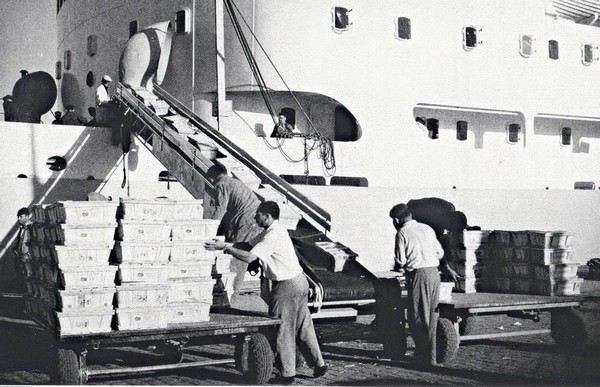 "The crop's cultivation plays a very important environmental role: it slows erosion, prevents desertification, and helps protect the island's landscape. It is a source of employment and could even generate synergy with the promotion of tourism which has not yet been explored," says Gustavo.

At this time, the diversification of the activity and the search for alternative crops is understandable; however, tomatoes, a historical product in the archipelago, still deserve the opportunity to continue making history. 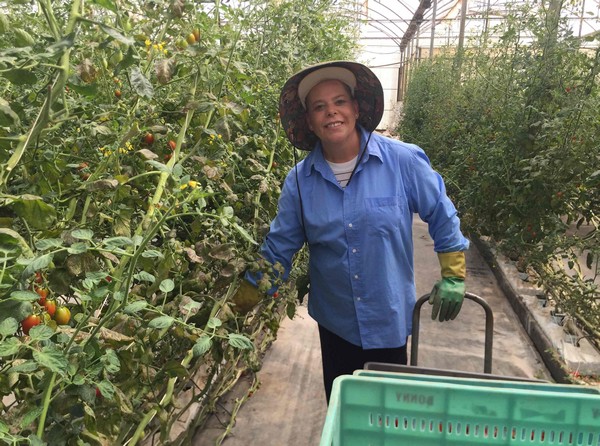