For the 26th time, the Expo Agroalimentaria took place in Guanajuato, Mexico, last week. Traditionally, the show is one of the biggest agricultural shows of the country, and year after year, more horticultural companies find their way to the show. Due to the pandemic, the show was not as big or crowded as usual this year, but with many exhibitors and the well-known demo greenhouses, it was still a very interesting event. 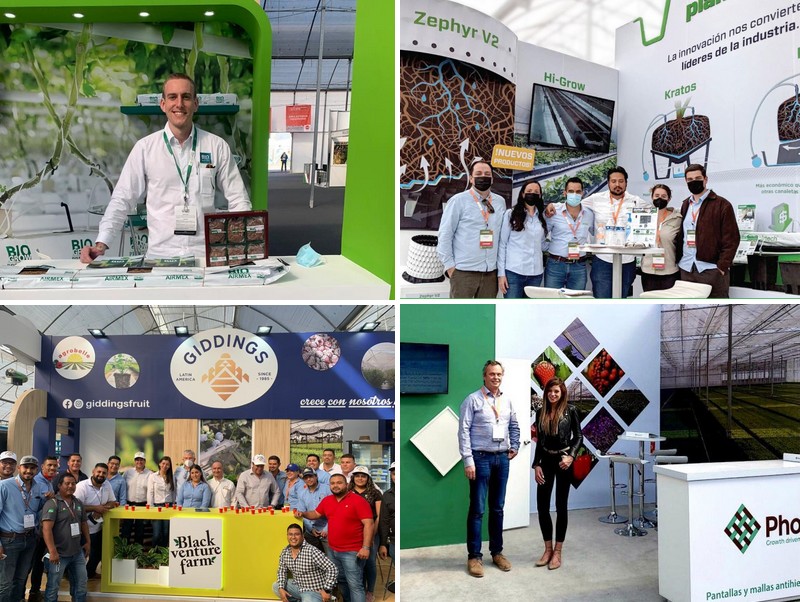 Growing market
The Mexican market is a booming market. With the North American market asking for more imports year after year, the greenhouse industry has been on the rise.

For example, the aroma tomato export has grown from 664 million kg in 2014 to 857 million kg in 2020, as was shared by Antonio Villalobos, chief commercial officer, GR Fresh, earlier this year. He explained that, for the tomato market, it has not just been about the expansion of the acreage. "The yields have grown in the past six or seven years due to technology. Before, you were able to get 5,000-6,000 cases out of a hectare, and now you’re close to doubling that. It’s close to 12,000-13,000 cases depending on the cycle and area.”

Thanks to technical novelties, the Mexican season was expanded. Along with technological advancements, Mexico has also incorporated new varieties which offer better yields and lengthen year-round availability which, in turn, allows customers to keep receiving tomatoes from the same growing region rather than moving through different locations in Mexico.

Growing market
It is these developments that have always made the Expo Agroalimentaria an interesting one. In the last couple of years, a new trend has been on the horizon as well: soft fruits. Especially blueberries, but also strawberries and raspberries are getting more popular. For this market, many suppliers, including many substrate suppliers, exhibited at the show.

Due to the pandemic, many international companies and visitors were unable to visit - including ourselves. Instead of a photo report, we created a social media impression of the trade show.

You can find the photos of the trade show here.

Is your team missing? Please send us an e-mail and we will add you right away!