"If tomatoes are replaced with other crops, the threat is that those will also eventually saturate"

With the start of November, tomatoes become even more important - if such a thing is possible - in the greenhouses of Almeria. "The tomato campaign kicked off at the end of September, but volumes increase at the end of October/beginning of November," says Juan Segura Morales, president of Coprohníjar. "The harvest is going well, perhaps a little slow so far, since the high temperatures recorded at the beginning of the campaign had an impact on the first fruit set, but despite this, we expect similar volumes to those obtained last season: around 32-33 million kilos. Of these, 26-27 million kilos will be cherry tomatoes."

The small-sized tomato segment is the specialty of this Almeria-based cooperative, which has more than 200 members and 400 hectares and is a pioneer in organic farming in the Campo de Nijar. In fact, according to its president, Coprohníjar produces a wide range of cherry tomatoes all year round: plum, round, cocktail, and in different colors, from the traditional red to chocolate color, as well as yellow and orange. "The cherry tomato market is different compared to that of traditional tomatoes, but the product is very popular. We export most of our production, although the domestic market is increasingly demanding it. Also, the type of packaging we use for our tomatoes, which we pack in 200-250 gram tubs, makes it a very easy-to-eat product and very convenient to transport." 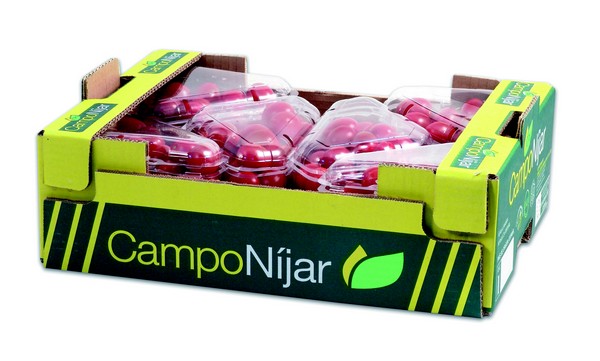 According to FAO data, tomatoes are the world's most produced vegetable. Spain and the Netherlands are not only the main tomato producers in the European Union but also the world's main suppliers to the EU. However, there has been a continuous fall in Spanish and Dutch sales and an increase in tomato imports from third countries, including Morocco, which is the third-largest supplier of tomatoes to the EU. In fact, in the 2020/2021 season, Morocco exported twice as much volume as the fourth-largest supplier, France, and this fall in the volumes sold to EU countries is having a direct impact on the producer sector.

"The acreage devoted to tomatoes is being significantly reduced in Almeria. In recent years, around 2,000 hectares have ceased to be cultivated, and quite a few companies dedicated to tomato cultivation have disappeared. It is very difficult to compete with the Moroccan production, given their production costs, and it will remain so while the European Union does not enforce controls and implement measures, such as the review of export quotas after the departure of the United Kingdom from the European Union." It should be recalled that Morocco has a preferential quota provided for in the EU-Morocco Association Agreement of a maximum of 285,000 tons of tomatoes. 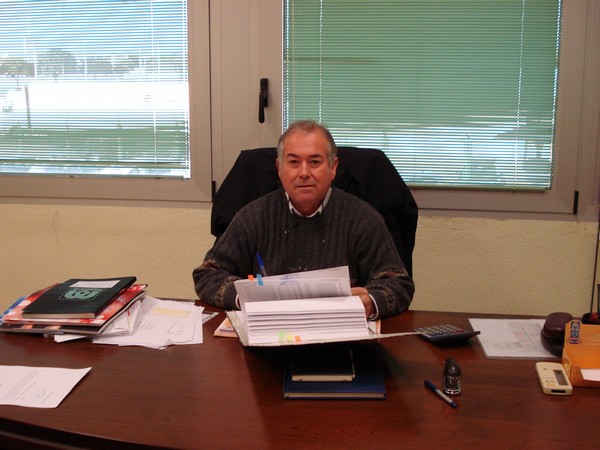 "This causes other serious problems. On the one hand, if we reduce our volumes, we cease to be competitive, and, on the other hand, if tomatoes are replaced with other crops, the threat is that those will also eventually saturate," says Juan Segura. "However, this season, the acreage of our associated producers has remained more or less at the same level as in the previous one, and unless some unexpected weather or phytosanitary issue occurs, the volumes will remain stable," says the president of Coprohníjar.

In this sense, the presence of Tuta absoluta in the greenhouses of Almeria, about which the Alert and Phytosanitary Information Network of Andalusia (RAIF) recently issued a warning, is not posing a significant threat to Coprohníjar partners, says Juan. "In general terms, we are keeping it under control with the integrated control system that we implement in 100% of our organic plantations." Sustainability is a priority for this cooperative, which was awarded the Generational Relay prize at the 1st Edition of the Sustainable Economy Awards in Almeria last October.

France sans plastique
As of January 1, 2022, less than 2 months from now, the new anti-waste and circular economy law will come into force in France, imposing new labeling and packaging rules, including a ban on plastic packaging for unprocessed fruit and vegetables weighing less than 1.5 kg. The ban will be implemented gradually for all products, but it will affect round tomatoes from the first phase.

"We have already adapted to this new law to be able to continue exporting to France. We have started using cardboard to replace plastic in packaging, but there is a lack of material and costs will inevitably rise," warns Juan Segura Morales.