On Friday 5 November, after a 24-hour hackathon in which 17 international teams took part, the five winning teams for the Autonomous Greenhouse Challenge were announced in a hybrid event. The third edition of the challenge is organized by Wageningen University & Research and Tencent. The five winning teams are CVA, digital_cucumber, MondayLettuce, VeggieMight, and team Koala. The winning teams will receive a place in the final challenge that will take place from February 2022 onwards. A lettuce crop then has to be grown with artificial intelligence algorithms - fully autonomous without human interaction - in reality.

The hackathon consisted of different parts: an international jury gave points to the teams for their AI approach (40% of the points) as well as the net profit that was achieved in a game to grow lettuce digitally, in a virtual greenhouse (60% of the points). 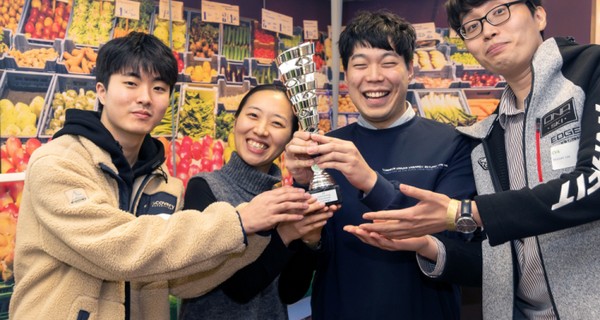 The teams
The jury selected 5 teams to proceed to the next round, in which they have to grow lettuce in a greenhouse compartment autonomously and in the real world. The 5 winning teams are:

During the pitch, held for an international jury, teams presented their scientific and practical approach for fully autonomous control of a greenhouse in terms of climate and crop production. The teams received points (40%) for their AI ​​approach (new, functional, robust, scalable, deployment of artificial intelligence).

Game environment
More points (60%) could be gained in the game environment: the net profit realized in euros in virtual lettuce production. The teams were given access to a climate model and a lettuce crop growth model that was developed by researchers of WUR.

The organizers had ensured that the models had so many possibilities that a "gaming" situation arose. The crop sometimes reacted differently than expected in a practical situation. The teams themselves determined the operational decisions on operating screens: artificial lighting, heating, supplemental CO2, and crop spacing decisions. They did this using their own AI algorithms. They were growing crops virtually, but had to consider weather forecasts and could not redo the past, creating realistic circumstances.

From February 2022 onwards, the AI algorithms developed by these teams will be running lettuce cultivation in a real greenhouse compartment. Two cycles of a lettuce crop must then be grown fully autonomously. The first cycle is to test the algorithms and to obtain additional training data. After allowing the teams some time to refine their algorithms, if needed, the second cycle will start in May. The result of this second cycle determines the winner.