Tight supplies on US strawberries until Mexico & Florida ramp up 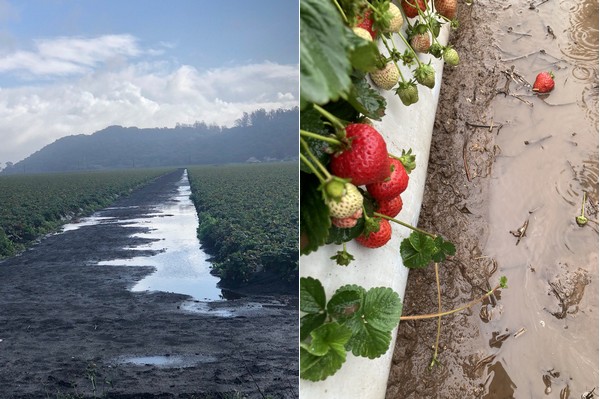 October's rains in California had caused some wind scarring and softer fruit. With the exception of three California Giant ranches, all ceased picking.

“Watsonville/Salinas is winding down production and the recent rains made many ranches shift to a focus on planting,” says Kyla Oberman of California Giant Berry Farms based in Watsonville, CA. The rains had caused some wind scarring and softer fruit. With the exception of three California Giant ranches, all ceased picking, save for the process market, and have transitioned to planting. The three ranches that are still picking locally are producing clean packs with good quality fruit. “The main defects are the residual rain damage and soft tips which crews are focusing on keeping out of the packs,” adds Oberman.

At the same time, the Santa Maria fall crop production is also starting to wind down, although growers will continue harvesting through to the end of the year.

J.T. Tipton, California Giant district manager of Watsonville/Salinas, adds that volume had been trending higher this September going into October compared to last season. “However, the recent four to six inches of rain in Watsonville/Salinas pretty much ended the season for the industry,” says Tipton. “As a result, volume is now trending below last year’s numbers. Volume will continue to trend on the low side until the Central Mexican, Florida, and Oxnard spring crops begin in December.” 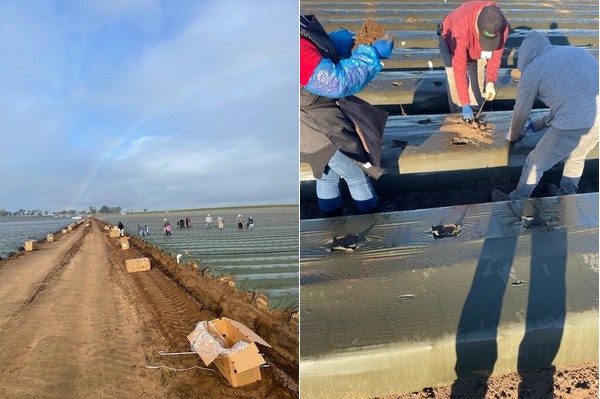 Following ceasing picking of fruit, the ranches have instead transitioned to planting.

January volumes
While both Central Mexico and Florida will be starting out their winter seasons soon, larger volumes of strawberries are not expected until January.

Oberman says demand continues to be driven by consumers making more health-conscious decisions following the pandemic. “It brought about a shift in consumer purchasing and eating habits,” she says. “Data shows consumers are increasing their consumption of produce greatly, and there’s been a renewed focus on health-conscious eating and consumer health education. This, in turn, has led many consumers to berries due to their high nutrient values and great taste.” She also adds that many consumers are still eating at home more frequently which is also helping berry consumption.

Challenging that movement are the labor shortages that have gotten increasingly worse during the pandemic. “They still last, and teams are working hard to secure the workforce needed to meet consumer demands. We’ve seen increasing efforts and efficiencies across the industry to bolster the workforce,” says Oberman. 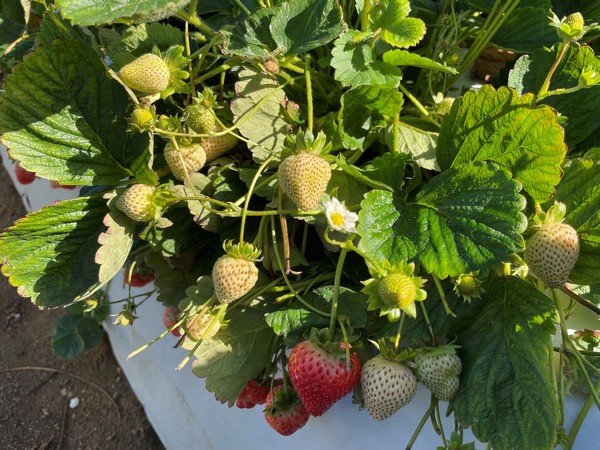 Volumes of strawberries will continue to trend on the low side until the Central Mexican, Florida, and Oxnard spring crops begin in December.

On top of that, California’s drought conditions also continue to be an issue to contend with. “As we do our best to be stewards of the land, we must focus on our water consumption and be continually mindful of our use with the earth’s future in mind,” says Oberman.

As for strawberry prices, they are, unsurprisingly, high at the moment. “They’ve gone up in the past weeks due to the tight supply during the current transition of growing locations,” adds Oberman.