The Spanish unions CC. OO. and UGT and the growers' organization Proexport have signed a new collective bargaining agreement that covers some 2,500 people working in companies devoted to the sorting and packaging of fresh tomatoes in the Spanish region of Murcia. The work is carried out mainly by women (about 80%). Most of the companies covered are members of Proexport and have been active in the sector for many years. They are based in the municipalities of Mazarrón, Águilas, Lorca, and Cartagena, which account for most of Murcia's greenhouse tomato cultivation. 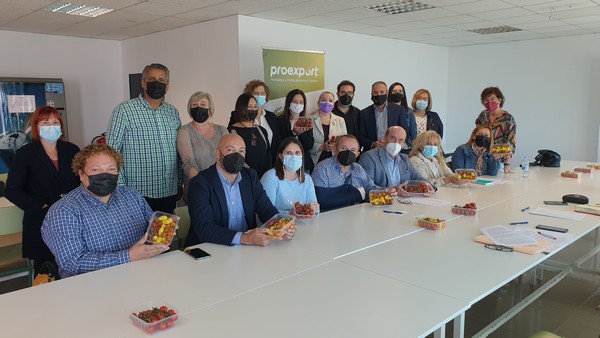 "The agreement is positive for all parties, and we especially appreciate that tomato processing companies, which incidentally suffer from competition with Morocco and the low prices paid by retailers, have chosen to raise wages above the minimum wage (to €14,000 per year) and to make every effort to offer permanent and stable jobs," said José Ibarra, delegate of the trade union CC. OO. for the district of Campo de Cartagena.

Fernando Gómez, general manager of Proexport, agreed with José Ibarra. "The agreement introduces more flexibility in the workday to meet certain demands of our customers, but at the same time, the Proexport companies bound by the agreement will have to offer at least 88% of their staff permanent full-time or part-time jobs." However, the agreement makes it clear that this high figure cannot be extrapolated to other sectors, given the specific nature of this sector.

All parties agree that the agreement that has been signed guarantees social peace in the sector's companies. It also sends a clear message to society and to customers about the Region of Murcia's unity and commitment to continue offering the tastiest tomatoes in Europe, sorted and packaged in socially responsible working environments.

The text of the agreement may still undergo minor changes in matters such as leave, vacations, union rights, and insurance policies. It also adheres to current legislation on equality and non-discrimination.