On November 6, Qcumber Optimize Nature delivered its first lit-cultivation cucumbers to The Greenery in the Netherlands. 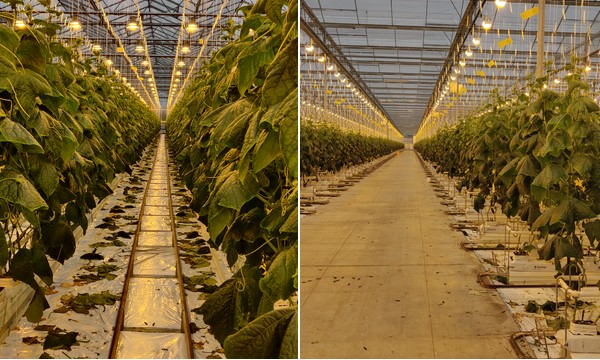 The Greenery offers a complete assortment of fresh fruit and vegetables. To be able to supply this to customers year-round, The Greenery works closely with its growers. "We enter the market in cooperation with The Greenery, focusing on selling Dutch cucumbers in the winter," explain cucumber growers Kees Hendriks and Stefan Wubben.

Qcumber and The Greenery have succeeded in bringing Dutch cucumbers to stores year-round. In 2020-2021, this was realized for the first time. "This year, Qcumber could again begin harvesting in week 44 already," says Nick Rietveld, a The Greenery Growers sales representative. "That connects this harvest to the non-lit cultivation. Kees and Stefan have been on the market with the first lit cultivation cucumbers for years."

"We have a major advantage over imported cucumbers: our supply is constant, reliable, and of good quality. We have short communication lines with Kees and Stefan, and we can therefore reflect on two successful winter seasons. We're committed to supplying daily fresh products, sealed or unsealed, directly to the end client. We want to continue this in future, in cooperation with Qcumber," Nick concludes.