"Polish greenhouses shut down because of high electricity costs"

According to Bartlomiej Majda, many Polish greenhouse companies are closing down because they cannot afford the costs of heating and lighting. He shared this information last month during the 4th International Symposium on Tomatoes, held in Italy. 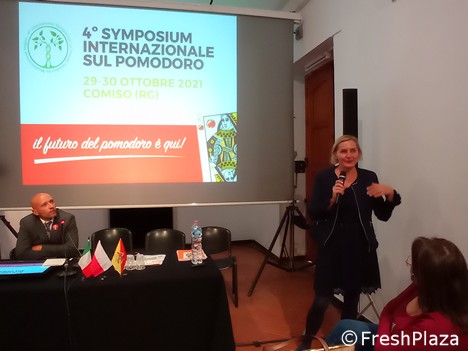 Energy cost increase
After a discussion on consumer trends and on the production of tomatoes in Poland, Agnieszka Sekara, Professor of Horticulture at the University of Cracow, devoted her speech to the continuous increase in energy costs, which has already led to the closure of many high-tech production plants. "In the coming weeks and months, we will see how and whether this will benefit crops from the Mediterranean area, which, as is well known, does not heat its greenhouses artificially, but only benefits from the warmth of the sun."

Also Bartlomiej Majda talked about the energy costs. He's a well-known consultant for Polish retailers and spoke about the tomato supply chain, recounting his personal experience in this field, which started with the study of tomato seeds and ended with their position on the market.

"At the moment, the tomato production standards in Poland are not very high, which is why we are looking for new segments. The main target of my activity is the large-scale retail trade. While it was possible, we produced red tomatoes mainly for the Russian market; later, production was diversified towards pink varieties, to meet local consumer trends, which are geared towards umami taste," said Bartlomiej Majda. 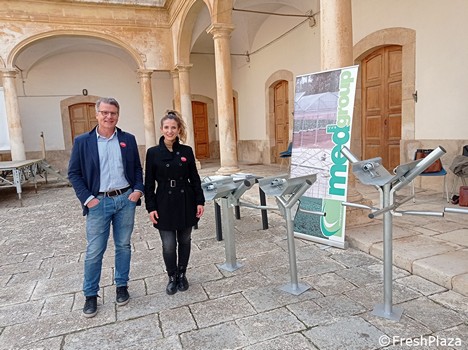 The Med Group stand, with Massimiliano Nicosia and Ester Occhipinti 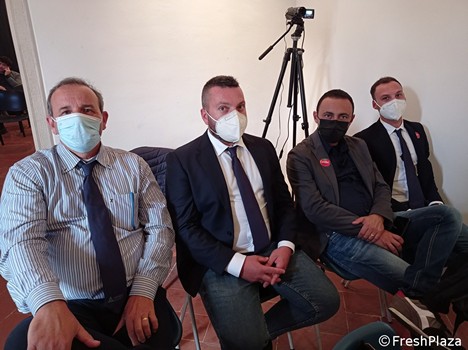 National production
"The national production goes to the retail channel, the remainder is marketed more traditionally, such as wholesale markets and direct sales. Competition with foreign countries is greater with Morocco, which has reduced the price of our national production by half, which is €2 per kg for consumption on average. This represents a serious problem for our production sector, which is already suffering. The highest product ranges can be as high as € 10/kg at the fruit and vegetable counter. The producer is generally paid a price of around €0.80 cents throughout the year." 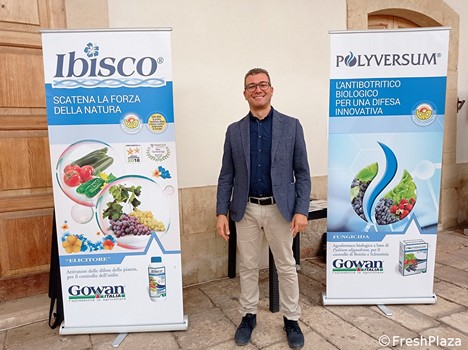 Increase in energy costs
This is what the situation looked like before the disproportionate increase in energy costs, said Bartlomiej. "Many companies are closing down because they cannot afford the costs of heating and lighting. We're going back to the old spring/summer production cycles in order to lower costs. This will benefit the Mediterranean crops, which will benefit from the Polish winter production gap." 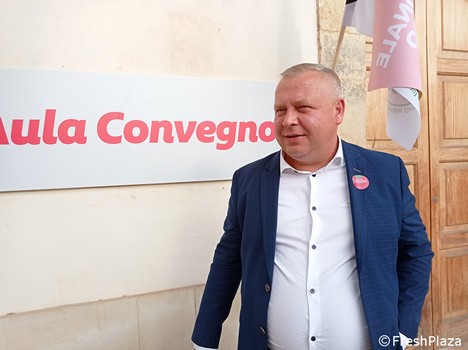 “However, one should interpret this analysis with caution, because the purchasing power of the average Polish consumer must be taken into account. Poland will certainly be forced to import tomatoes and reduce exports, but this will not automatically benefit Italian products, which are quite expensive on this market. On the other hand, the Maghreb production will benefit immediately, as it already has a clear path and much more accessible costs, as shown in the comparison with the same Polish national production. It may happen that the Italian production could be favored by the need to fill the supply of tomatoes and winter greenhouse vegetables in those markets that will no longer be able to import from Poland, such as those in central and northern Europe.”