During his time as a journalist at the Basler Zeitung, an allotment garden replaced his visits to a psychotherapist. Today, Markus Lohr can say this with a smile on his face. Being dissatisfied with his job at the time, his enthusiasm for vegetables grew.

Therefore, at the age of 39, he made the courageous decision to quit his job and applied for a shortened apprenticeship as a vegetable gardener. He completed the apprenticeship years on the vegetable farm of the Wauwilermoos correctional facility and at the Agrico/Birsmattehof cooperative in Therwil.

After nine years as an employee, the next step followed in 2014: "I always dreamed of self-employment." After a long search, an opportunity presented itself: an abandoned, nearly hundred-year-old flower nursery with 8 small greenhouses and 16 acres of open land, squeezed between commercial and residential buildings in Breitenbach SO. A demolition order was already underway, but Lohr immediately saw that profitable vegetable cultivation would be possible here with "a little remodeling work." He convinced the owners of his idea and obtained a lease. 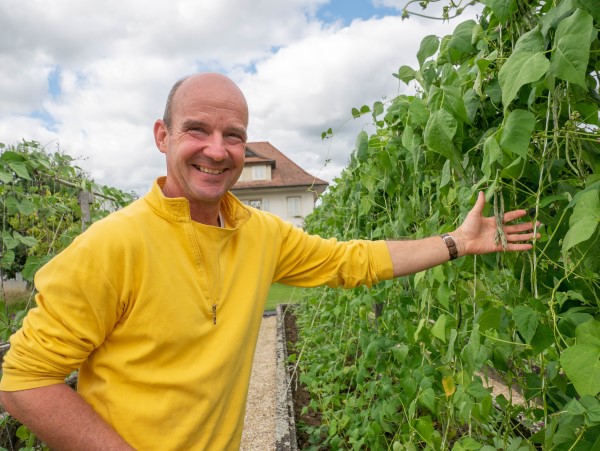 A colorful world of vegetables in just a small space
Seven years later, the inconspicuous sign "Gemüse & Setzlinge Direktverkauf" (Vegetables & Seedlings Direct Sale) points the way to Markus Lohr's market garden. Behind it, a colorful and diverse vegetable world opens up in and between the greenhouses, suggesting that his concept works.

The harvested products are ready for sale in the neat farm store, while seedlings are sold at the other end of the farm in the sales greenhouse. The short way there leads along vegetable beds with salads, broccoli, cabbage, and kohlrabi, as well as rarities.

Meanwhile, in addition to the farm manager, three people - including his partner - work permanently and year-round on the farm. In addition, there are an apprentice and seasonal workers. Lohr also offers integrative work training in cooperation with the IV. 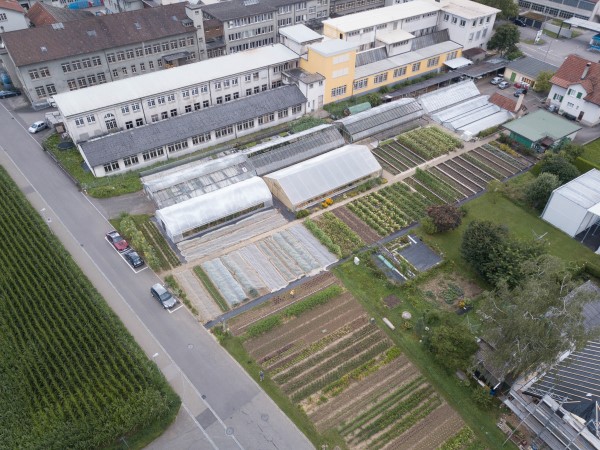 The small vegetable farm is located in the industrial zone in a former flower nursery in Breitenbach SO, in a prime location for direct marketing.

In March 2019, Markus Lohr was able to expand the outdoor areas by leasing an additional 23 acres 25 km away, on the city border with Basel in Reinach BL. The former journalist laughs: "Today, I could even feed a family with the earnings from seedling and vegetable production."

Read the complete article (in German) at lid.ch.