"Natural Branding": Made in Germany

On 22 September, an article about Natural Branding in connection with the Laserfood company was published on Hortidaily (the English version can be found here). Now, there is a counterstatement from the EcoMark company itself:

The term "Natural Branding" was applied by the Laserfood company as a word trademark, but not as a technology. However, on 5 May 2020, this trademark "Natural Branding" was declared invalid by the EUIPO (Invalidity No. 000029701C) due to its descriptive character. For this reason, EcoMark - as well as any other company - is allowed to use the description "Natural Branding" for laser marking of fruits and vegetables. The proceedings are currently still pending in the court of appeal. It is expected that the new decision will confirm this, as no new evidence was presented in the appeal.

The mentioned regulation 510/2013 is about the use of iron oxides and hydroxides (E 172) as contrast enhancers after fruit laser processing, not about the laser process itself. The use of laser technology for fruits and vegetables is not a protected process and is therefore permitted to virtually anyone. In this respect, there can be no question of "fraudulent behavior by competitors". The only protected process that exists is a patent (see also Regulation 510/2013) for spraying fruits and vegetables with a special liquid after laser treatment. However, the liquid is not approved for organic products, and there is no connection to the term "natural branding". That is why, in the organic sector, only the pure laser technology is used, which is not patented.

In 2018, EOSTA won the award for sustainable packaging, not with the technology of the company Laserfood, but for the basic use of laser technology instead of packaging. At that time, EOSTA was also already in possession of a Natural Branding machine from the company EcoMark Ltd. 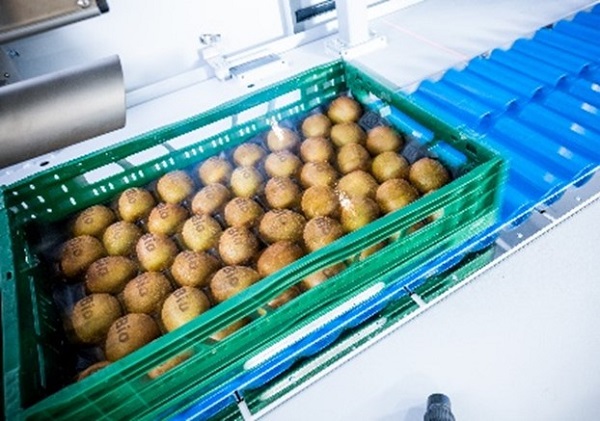 The term "Natural Branding" had demonstrably been used by EOSTA and EcoMark for a long time when Laserfood was still using the term "natural light labeling". It was not until "natural branding" had become accepted as a term for the laser labeling of fruits and vegetables that the company Laserfood applied for the trademark "natural branding" and only then used it itself.

The Laserfood company is not the inventor of the technique for laser branding fruits and vegetables, nor is it the market leader. The technology has also been continuously optimized for use on fruits and vegetables. For example, EcoMark now offers special laser techniques for specific products that are not offered by any other machine manufacturer.

"Building your own laser makes no economic sense when there are good systems ready to buy," says Richard Neuhoff, managing director of EcoMark Ltd. "Sure - it saves money to buy the laser components cheaply," Neuhoff adds. "However, the development effort for a good laser is high, and to offer worldwide service for it is not possible for small companies like EcoMark," he said. That only leads to dissatisfied customers!" 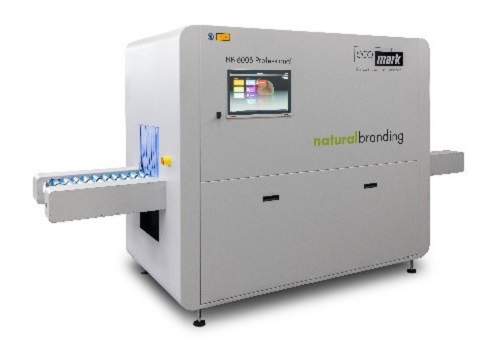 EcoMark Ltd focuses on developing its own software to achieve competitive advantages in handling and for processes, ultimately increasing productivity. There is currently no faster product recognition than EcoMark. "With our concept, we can easily respond to customers' needs and thus increase productivity. After all, in addition to the environmental reasons for Natural Branding, it is productivity and thus the profitability of the marking that is decisive in the end. That's where EcoMark can score with the new "NB 12003 Professional" machine." The fast 3D camera evaluation for product recognition combined with 120W laser power could already sell EcoMark several times.

"Currently, our NB machines are mostly used for organic product marking. However, due to their cost-effectiveness, they are now also increasingly requested for conventional products. It is not possible to mark more cheaply than with a laser, especially for large quantities."

EcoMark's claim is that every customer is able to react immediately to the degree of ripeness of the fruit, for example, or to create new products with new logos themselves. After all, this is the daily routine for our customers. If help is needed, however, it is usually very quick, so that the support is usually not charged for. "In the meantime, we live from our good reputation and further recommendations," says Richard Neuhoff, managing director of EcoMark Ltd.