“We’re sharing our geothermal energy source with the local spa”

“We’re sharing our geothermal energy source with the local spa,” says Wolfgang Steiner with Steiner Gemüsebau. In their new greenhouse complex, built in collaboration with Perlinger Gemüse, they will grow completely fossil fuel-free, using geothermal heat to warm the greenhouses. This shows how close they want to be within the community of Geinberg, providing the area not only with organic food but also with jobs and education on horticulture. “The best thing was the unanimous support from the municipality and inhabitants of Geinberg; it clearly wasn’t a one-sided plan,” Wolfgang adds.

The company has already been growing tomatoes, peppers, and strawberries in Bavaria for quite some years and will soon be expanding to the Austrian village Geinberg. “We figured that, if we can grow organic foods in Bavaria, we could do that in Austria as well. Legislation for organic growers is the same, and our goal is to have the highest possible standard. Moreover, we see a growing demand for organic vegetables in Austria. With our new big greenhouse, we can meet this demand exactly in time.” 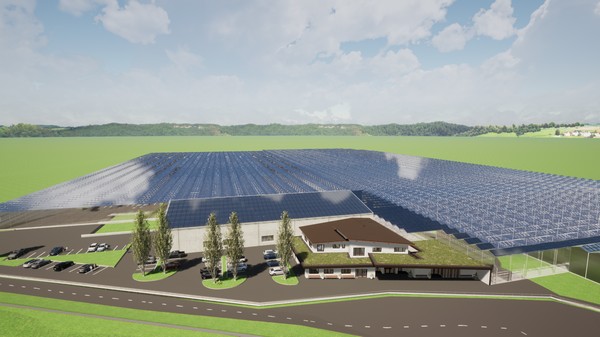 Concept design of the greenhouses in Geinberg, Austria. The greenhouse heating and the screening was realized by Gakon Netafim. 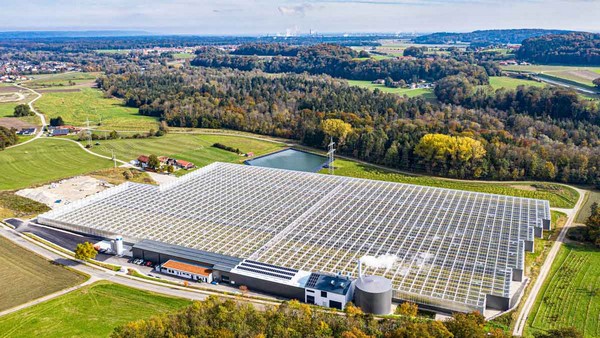 Collaboration with Perlinger Gemüse
The Steiner family company from Bavaria started discussing the options for collaboration with the Austrian company Perlinger Gemüse less than two years ago. “We knew that if we wanted to grow in Austria, we would work with them, joining our efforts on production and sales. It is hard to believe that we started making plans last February, and not even two years later we are harvesting the first tomatoes and peppers from our joint project.”

Coincidentally, the Perlinger company is a family company with exactly the same structure as Steiner Gemüsebau: a father working with his two sons, but, more importantly, the companies’ goals fit together seamlessly. “The collaboration is going well, and we both aim for the highest possible standard in organic production. Integrating the greenhouse into the local surroundings so we would not be detached from the village was important to all of us. We want to educate people on the essential function of horticulture in our future supply chain,” Wolfgang explains.

LEDs in the Emmerting greenhouse 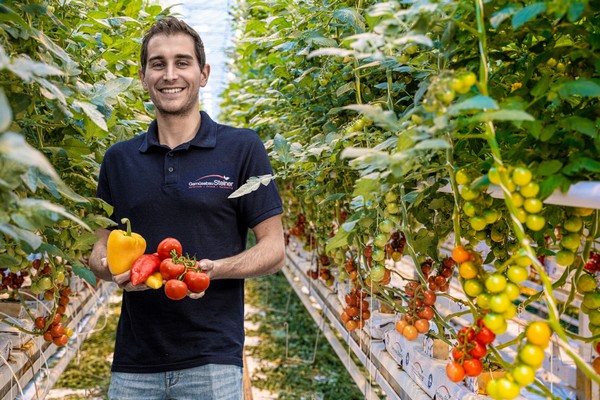 Food education hub
The Steiners want their new greenhouse complex to be more than a food production facility only. “We’re hoping to turn it into an adventure spot for people who want to learn more about greenhouses and organic horticulture. We want to show the public that sustainability doesn’t necessarily go hand in hand with small farms; big companies can embrace sustainability as well. After all, big greenhouses play a role in large-scale food production. We aim to deliver the message that we need projects like this to produce healthy and safe food. Completing this greenhouse complex will create positive momentum to explain to a larger audience how greenhouse production works.”

In their existing greenhouse in Bavaria, the past summer put quite a strain on the team as the ever-changing weather required a daily updated climate control. In the LED-lit greenhouse, things went fine, but the outdoor crops had to face the unsteady weather. “In the end, we managed to keep everything under control, but we did have to adjust the climate all the time, and this had some effect on the production,” Wolfgang explains. “I think that now, finally, we have found the right balance between summer and winter production.”

The company goes to great lengths to keep its staff motivated and connected. “Finding the right people isn’t easy, but we made a lot of steps to increase our hospitality. We rent flats to our workers in nearby villages, we offer help with taxes, and offer long-term contracts. For the new production area, we aim for a similar approach, as going the extra mile helps to connect the right people to the company.”