As the year draws to a close, Nijs van Zuilen, of Berrybrothers, looks back on the redcurrant, blueberry, raspberry, and blackberry seasons. Although, of course, they are also looking forward; for example, the cultivation company is currently focused on the development of an Agrohotel which will provide space for 200 migrant workers for the berry harvest.

Redcurrants
"All the ingredients for a good redcurrant harvest were certainly there. We had a cold winter that ensured a lot of budding, which results in many flowers and thus a lot of fruit. This, combined with stable summer temperatures, ensured good quality redcurrants," said Nijs. 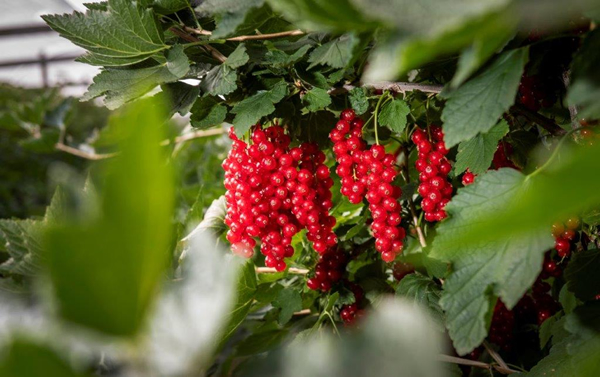 "Thanks to our new greenhouse, where we grow the Junifer variety, we were able to start our season early this year. We started with our redcurrants at the start of May, which allowed us to 'officially' kick off the redcurrant season. At that time there was no longer pressure from Chile, so sales were good. When we were done with the greenhouse, we continued with the picking in the tunnel, also of the Junifer variety. This year we had a good setting in the tunnel, which resulted in a nice bunch formation. We have also had few problems with the weather. We fortunately escaped the impact of the heavy rain in early July - including the flooding of the Meuse River."

"At the end of July, we moved on to picking the open ground redcurrant crops, including those of the Rovada variety. Thanks to the 'real' Dutch winter and summer conditions (with enough cold hours and little fluctuation in summer temperatures) our redcurrant plants had the chance to thrive. This has been clearly reflected in the quality of the berries. In our open ground crops, the berries had the chance to dry more quickly, which prevents the formation of mold. As a result, we got a quality harvest with beautiful bunches. In the third week of August, we started sorting the redcurrants that had been kept in storage. Up to now, we have been able to achieve very good sales with them. In short, so far this has been a very satisfying redcurrant season, and in the coming year we will expand our acreage by 12 hectares."

Raspberries
"We started picking the raspberries in early May. We've had a good production volume from both the tunnel and the greenhouse. Under the rain caps, the raspberry crop was slightly disappointing, mainly due to the cold spring and few hours of sunshine, in combination with relatively high rainfall. Raspberries don't tolerate such conditions very well," says the grower. "The autumn raspberry cultivation in the tunnel greenhouse is still in progress and is going well. Since the temperature still stands at around 10 degrees Celsius, we are still picking. We expect to be able to continue picking until about the beginning of November. That's longer than usual." 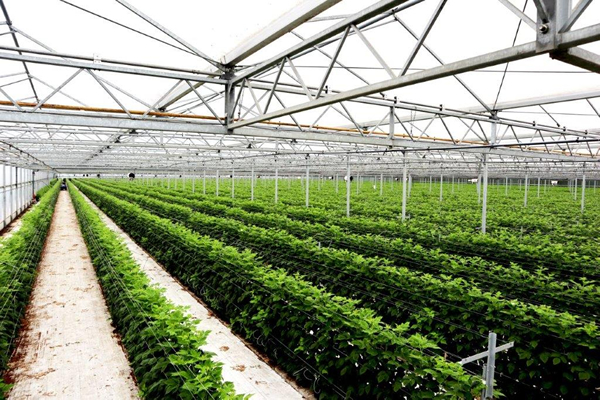 "Here we pick the Kwanza variety, which yields a lot of nice-looking raspberries. Moreover, their flavor is very sweet. Since 80% of our raspberries are sold to food service and specialty stores, the fruit's appearance is very important. To find the best varieties, we created a test department this year where we look at factors such as ease of picking, shelf life, taste, and appearance. Testing different raspberry varieties is new for us. We see potential in a number of varieties, but the question is whether they are better than the Kwanza." 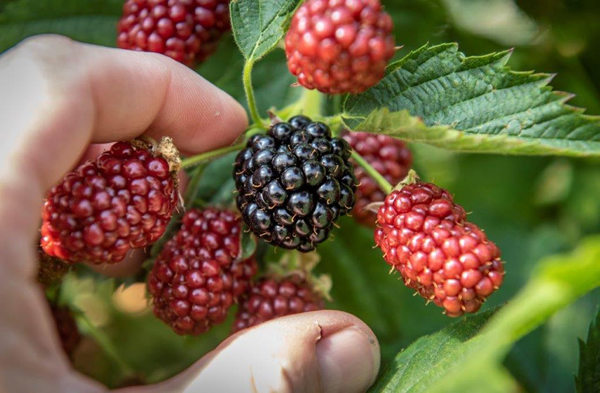 Blackberries
"This year we have picked a huge amount of blackberries compared to other years. We were also able to continue harvesting for longer because the spring conditions arrived later, so the blackberry harvest has given us little reason to complain," says Nijs. "In order to improve our blackberry production, we are going to use an ultramodern tunnel for summer cultivation next year. In this tunnel, all plants will be put in pots, which will enable us to bring the harvest forward by two weeks and extend it by two weeks. By putting the plants in pots we can control the time they are placed outside. The tunnel also allows a constant supply and better picking conditions. Within this tunnel we want to work with a new blackberry variety: the Sweet Royalla, which has a firm fruit and is considerably sweeter than traditional varieties." 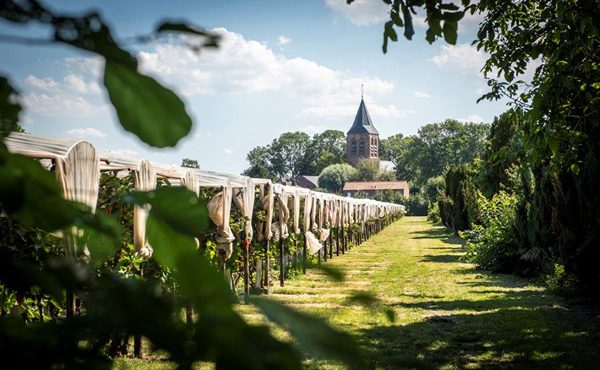 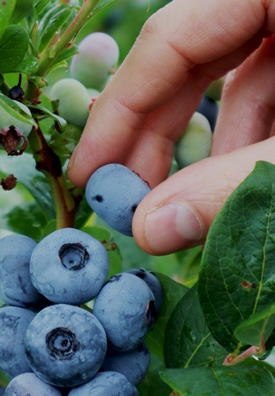 "2021 was a challenging year for us, as far as blueberries are concerned. We started harvesting the Duke variety in early July. Unfortunately, there has been (extremely) heavy rain during this period. Since our blueberries are grown outside, this has had many disadvantages for the quality and speed of the harvest. Besides the quality issue, there was also pressure on prices in the blueberry market. Therefore, my opinion is that the Dutch blueberry sector has challenges ahead."

Challenges related to migrant workers
"Despite the beautiful harvest this year, we also have to look realistically at risk factors. One of the biggest challenges for us is the recruitment and housing of migrant workers. We do all the picking and sorting of our soft fruit by hand. This makes it necessary for us to recruit sufficient personnel. The possible shortage of migrant workers, combined with a shortage of housing, is creating challenges in the longer term. Therefore, we are in the process of setting up a new Agrohotel, which will provide space for 200 migrant workers for the purpose of picking berries. We expect to have the Agrohotel operational by 2023," says the grower.