CambridgeHOK has helped a UK fruit supplier to establish a new glasshouse facility with a new strawberry growing system. The 5.2 hectare facility has been developed for grower Berry Farming in Arundel, West Sussex.

Director Ross Hibbs says the new system has resulted in Berry Farming being able to produce a much higher amount of strawberries per m2. 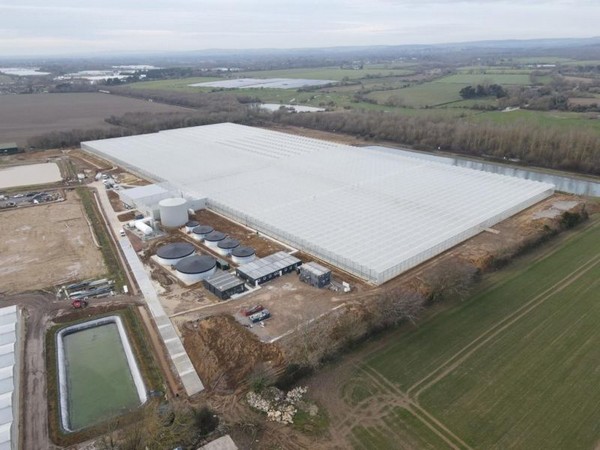 “To be approached by a customer who had a new growing system and was in need of a bespoke glasshouse designing and building to overcome some of the challenges associated with growing strawberries in a different way was exciting for us all at CambridgeHOK,” said Mr. Hibbs.

“One of the key aspects for us was to ensure that the light coming into the glasshouse was able to travel as far as possible and reach all the plants on the tiered system and that it was evenly distributed.”

Project completed in eight months
Having taken the order to design and build the facility, it was completed and operational within eight months. The glasshouse is split into six zones, each with its own climate. 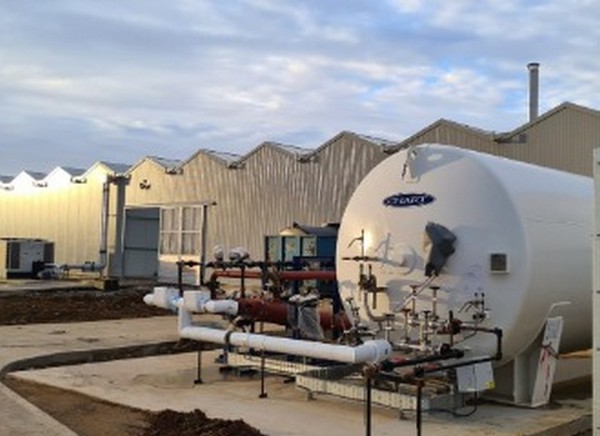 Mr. Hibbs added: “There were a number of challenges for our team in terms of ensuring the facility distributed light effectively to all fruit growing areas, and this was achieved in the use of specialist glazing.

“We also had to install irrigation, filtration, and sterilization system which allows rainwater to be harvested and also collected from boreholes and then be flushed through the entire system and reused. This was an important element of the build as, given the close proximity to the sea, there was a need to remove salt from water which is collected and brought into the system."

“Also, due to the nature of the growing method used, a much higher volume of water was needed due to increased periods of watering required, so it was essential that the site was able to recycle water to ensure it can be reused.”

Gas boiler
As part of the project, CambridgeHOK’s own specialist construction division completed all building civils on the greenfield site, including access roads, laydown areas, drainage, and foundations for the site heat storage tank. 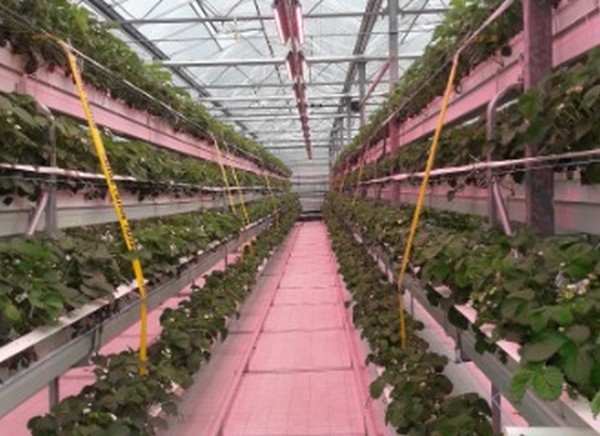 A gas boiler, running off Liquid Natural Gas due to the site’s location being too far away from current supply lines, was built and sited, generating heat which is stored in the day and used at night, and to redistribute vaporized liquid CO2 back into the glasshouse to aid the growing process. The team from CambridgeHOK is now providing support to Berry Farming in maintaining the production facility, continually developing systems to ensure maximum efficiency.

David Moore, Director of Berry Farming, said: “We selected CambridgeHOK to develop this facility in partnership with us as we were aware of their reputation as pioneers when it comes to indoor growing facilities, processes, and technologies. It has very much been a partnership from day one, and we have been pleased with their input and support."