A visit to VB, part of Atrium Agri

The emergence of a horticultural consortium

The Agro Businessclub Westland was updated by host Edward Verbakel on the construction of the new premises of VB and the ambitions of Atrium Agri. Matthijs Jasperse of Florpartners also spoke about visible and invisible relationships within companies and there were drinks and a guided tour. The program for the club's first real company visit since February 2020 was well-filled; approximately fifty people were present. 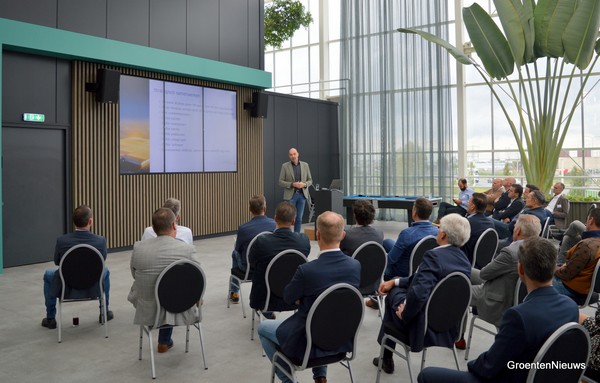 Edward Verbakel was the host and spoke to the audience here.

The afternoon started after a walk-in at 3 pm with a presentation by Edward Verbakel about the new building that was taken into use last year. The showpiece of VB is full of modern gimmicks and the greenhouse space offers opportunities for events.

Trading in relationships
The second speaker was Matthijs. He zoomed in on how companies are structured these days, paying special attention to 'the person behind the job description'. The end of 'the makeable world' is in sight, which means that it is no longer only the created company structure that is important, but also how a company is organized without that structure. After all, people think in terms of functions but act in terms of relationships, and it is often the invisible relationships that are the most important when it comes down to it.

The emergence of a horticultural consortium
After a short break, Edward concluded the afternoon with his second presentation, this time about the horticultural consortium that he set up together with Henk Verbakel of Havecon and Koen Brabander of PB tec. Edward told the guests how the three men slowly came to understand each other, how 'walls were knocked down' (flying together and an occasional beer on a roof terrace worked wonders) and how, after the first joint acquisition of Bom Group, they have since incorporated several companies into the consortium.

The consortium, which now has seven members, offers its participants advantages of scale and scope. Together, they can offer the complete package for ever-growing horticultural projects. At the same time, the founders of Atrium Agri want all individual companies to continue to operate well separately. "In the interest of the group the chimney of each separate company must continue to smoke well", Edward summarized. To make that possible Atrium Agri is currently working on the formation of independent management for the consortium, so that Edward, Henk, and Koen can continue to focus on their own businesses.

New management, new partners
The formation of independent management for Atrium Agri is one of the goals of the consortium in 2022. Edward also expressed the expectation that new partners may be added in the future. The consortium is looking explicitly for 'agro-bound partners'; they do not want to have 'too much of the same' within the consortium and there is still an ambition for growth, both in the Netherlands, where Edward expressed the expectation that both the energy crisis and viral pressure could temporarily slow down the willingness to invest, and abroad. 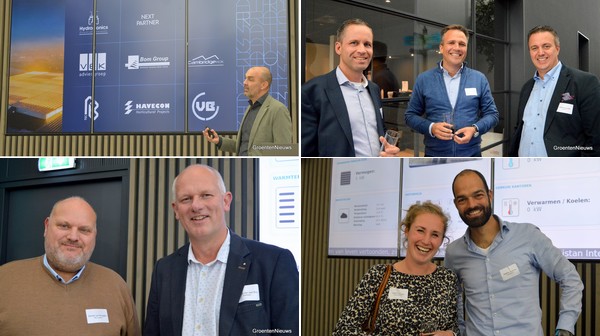 View the photos of that tour here.