"By locking in, our bills have been stable and we avoided a lot of volatility"

Alberta’s high power market prices have increased costs for most vegetable growers across the province. A standout exception is Levi Tiemstra’s Gull Valley Greenhouses. This Lacombe-based greenhouse has continued to produce tomatoes, bell peppers, lettuce, and herbs while beating the market on their energy expenses by nearly 50%. What makes Gull Valley unique? Their energy strategy.

In 2017, Levi Tiemstra gained recognition from Greenhouse Canada for being the first greenhouse in Alberta to install and run LED lights. He has also invested significantly in dehumidification and air exchange ventilators to minimize heat loss associated with venting throughout the winter months. Levi has continued to invest in LEDs and in improving energy efficiency as Gull Valley grows. 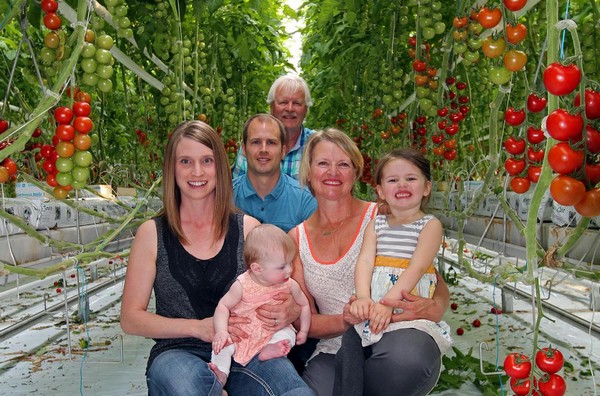 Over the past four years, Levi contracted 360 Energy to advise him regularly to help optimize Gull Valley’s energy usage and costs. This collaborative review process has continuously helped Gull Valley find operational efficiency opportunities and strategize solutions. "We were able to identify the issue and work with the supplier and utility to resolve the billing error and get money back for Gull Valley," the team with 360 Energy says.

360 Energy’s electricity procurement strategy has helped Gull Valley achieve over $100,000 in cost avoidance, lowering total electricity costs by 10% over that period and commodity costs specifically by 20%. "In 2021 alone, Gull Valley has paid nearly 50% less than the market price for power. The secret to this success was Levi’s decision to take our recommendation and buy out of an older, less advantageous contract," they say.

Strategic combination of market pricing
Freed from the old contract, Gull Valley was able to deploy a strategic combination of market pricing during periods of low volatility and hedging strategies during periods of high volatility, resulting in significant cost savings. As Levi says, “I’ve been able to keep my energy costs down with 360’s help, avoiding the high prices we’re seeing in Alberta. By locking in, our bills have been stable and we avoided a lot of volatility, particularly during our lighting season.”

Gull Valley’s power savings go directly to the bottom line. Every dollar saved on energy costs is another dollar in Levi’s pocket. Now, with a firm understanding of his energy usage and costs, and confidence in his ability to proactively manage them, Levi is taking the next step in controlling his energy: off-grid generation. Working with a local generator, Levi will be getting power supplied independently from his local utility.