"Millions of people suffer from a lack of healthy food"

Millions of people in Asia and Africa suffer not so much from a lack of food, but from a lack of healthy food. Simply put, fruits and vegetables are more expensive and less readily available than less nutrient-rich food. In addition, agricultural policies and development programs have focused almost exclusively on grain and vegetables like onions and tomatoes, and not on the much healthier leafy vegetables, for too long. This has to change, conclude Wageningen University & Research researchers in a study examining the state of vegetable and fruit consumption in low- and middle-income countries and the food systems of seven countries.

The study considered fruit and vegetable consumption and production as part of the food system of low- and middle-income countries, with a more detailed examination of seven low-wage countries. The global study and seven-country studies were commissioned by the Bill & Melinda Gates Foundation, which works towards improving nutrition across the globe and contracted Wageningen University & Research to conduct this study. 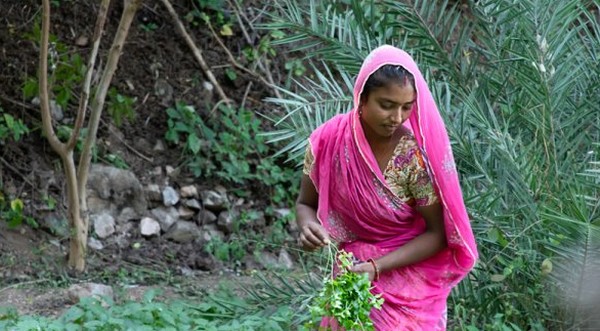 Global study
The researchers first mapped trends in global and regional food systems, with a focus on South Asia and East and West Africa. Among many findings, three prominent conclusions stand out. The first: vegetable and fruit consumption in these regions is too low to prevent the risk of malnutrition, and this problem affects all layers of society. The second: consumer prices for fruits and vegetables are high, and availability is too low, leading to households being unable to afford healthy food. And the third: there are many obstacles preventing women from earning more money by producing, selling and processing fruits and vegetables. These obstacles are part of a broader issue: the inequality women face in agriculture.

Country studies
For the country studies, the researchers zoomed in on Bangladesh, Ethiopia, Nepal, Nigeria, Tanzania, India, and Burkina Faso. They found out that fruit and vegetable consumption in these countries is too low across wide sections of society. Especially people on a limited budget do not consume enough nutrient-rich food, as fruits and vegetables are simply too expensive or not readily available.

According to De Steenhuijsen Piters, this is primarily due to the fact that food systems in the countries studied focus solely on the market and production, and not on the nutrient needs of people: “Small shop-owners form the link between production and trade on the one hand and consumers on the other. However, traditionally they have not been included in large-scale agricultural development programmes. They have been overlooked by governments and aid organisations alike.” Investments focused primarily on maximizing production, not on meeting the consumers’ needs.

From tomatoes to leafy vegetables
Not that fruits and vegetables have played no role in food programs, but traditionally the focus has been on two specific types: onions and tomatoes. These vegetables appear in many dishes, but especially tomatoes contain relatively few nutrients once they have been processed. “The food programmes were never adjusted,” says De Steenhuijsen Piters. “Leafy vegetables, for example, are full of nutrients, but they are far too underrepresented in the food systems of South Asia and East and West Africa. Partly because leafy vegetables have not been improved in terms of better varieties and quality seed, their trade chains are less developed, and they have a short shelf life.”

Gender equality
A shift from onions and tomatoes to leafy vegetables is only possible if women are given a more important role in production and trade, says De Steenhuijsen Piters: “Their limited shelf life means that leafy vegetables must be grown and sold locally. Women - and youth - play an essential role in this context. Everything that comes via a long supply chain from far away is men’s work. Men ride the trucks and can afford to be away from home for longer periods of time. For women, it is too unsafe or simply impossible to combine this with their responsibilities in the home. In practice, unfortunately, many agricultural policy and aid programs are ‘gender-blind’ and investments go to projects run by men: long food supply chains and commercial crops.”

There is much to win by investing in local leafy vegetables grown by women, says De Steenhuijsen Piters. But there is a problem: women are often part of the informal economy and have no access to what they need, such as trading capital, improved seeds, or training. “We have to dare to shift our thinking,” says De Steenhuijsen Piters: “We need smart ideas on how to stimulate the production and trade of healthy food in the informal economy instead of investing in misdirected interventions in the formal economy. This is not easy, but it’s what we need to prevent millions of people worldwide from suffering from malnutrition.”