How does change in red-far red ratio do with plant pests?

Insects in the greenhouse also react to changes in lighting. A group of Dutch researchers, therefore, looked at the effect of playing with red and far-red light on herbivorous insects.

In the study, which appears in the scientific journal Scientia Horticulturae, the researchers share results that indicate that herbivorous insects, including caterpillars, aphids, and mites respond differently to changes in light spectrum depending on their feeding schedule.

In the study of a tomato crop, three ratios of red-to-red LED light were tested. At a low red-to-red ratio (0.5, shade light), the plants responded by producing longer stems and there was more leaf hyponasty. Herbivorous insects were also found to work harder.

At a high red-to-red ratio (5.2, artificial lighting), both plant growth effects were less. Among herbivorous insects in the test, only caterpillar performance decreased. 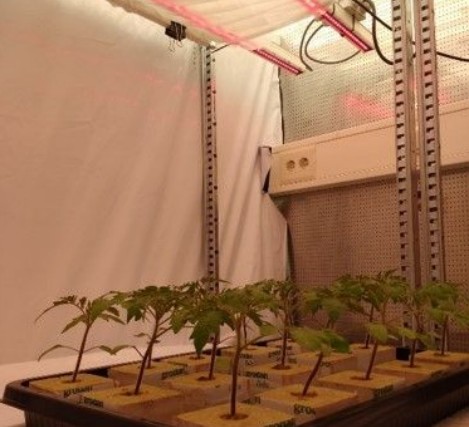