A patent to fully recycle plastic

Siropack, a company based in Cesenatico that develops packaging technologies, has set up the "Respect" patent to fully recycle the plastic of food containers, fresh produce included. On October 6-7, 2021, Canadian multinational Cascades visited the Siropack facility to sign an agreement for the exclusive use of the patent on the Canadian territory.

Respect is a revolutionary system that definitely solves the issue of recycling Apet single-material food packaging. Up until now, the glue and residue that remained on the edge of punnets after opening them meant they could not be reused completely. The methods introduced by the Siropack patent are designed to overcome this technical limit and make the plastic material fully recyclable, thus avoiding the progressive decay of raw material quality that occurs each recycling cycle.

"The Emilia-Romagna model for the management of recycling impressed our Canadian partners. Our territory has proven that it can not only learn from the best but also that it has something to teach. I believe the expertise of our packaging valley could be relevant for the new frontiers of redesign that aim at giving a new life to materials which cease to be waste and become a resource instead," reported Rocco De Lucia, founder and owner of Siropack together with his wife Barbara Burioli.

Cascades went on a mission to Cesenatico to share experiences and knowledge on sustainability with the Siropack development team. Luc Langevin and Jerome Porlier - President and Vice President respectively - were hosted by Siropack to discuss the implications of these new packaging technologies. 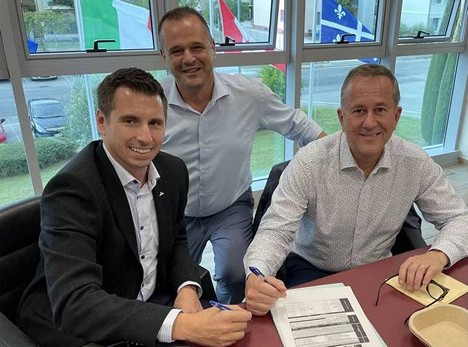 The Italian company and its Canadian partner share many objectives: first of all, a new circular economy that provides an infinite lifespan to plastic materials, an orientation that sees customers as people first rather than just market, and a focus on the talent of people and on ideas.