Plant breeders had a great time during the International Propagation Seminar. After day 1, with a number of interesting lectures about which we already published a (photo) report, day 2 was all about company visits to Certhon and De Ruiter (or to Artechno and Rijk Zwaan for the other group). 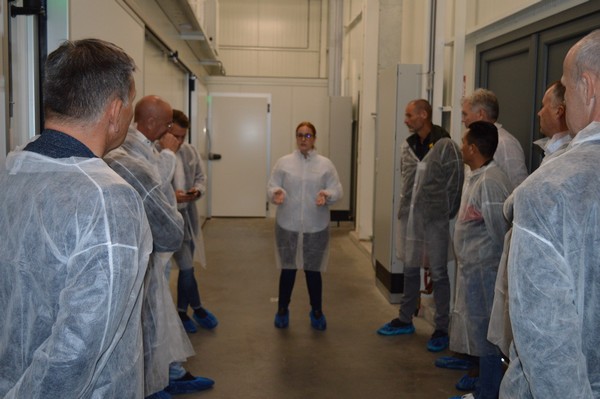 On behalf of Certhon, sales engineer Martin Veenstra spoke a bit about growing in nurseries; the so-called 'indoor propagation'. 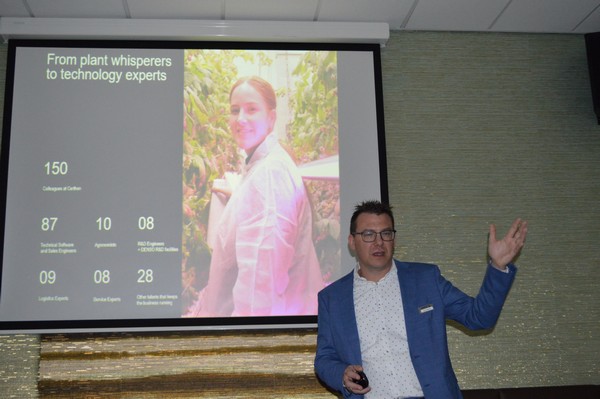 Martin Veenstra, Sales Engineer at Certhon, briefly touched on their activities as a (turnkey) greenhouse builder and robotics developer to quickly move on to what people came for: indoor growing facilities

"People probably know us mostly for the big greenhouse projects, but for the last ten years, we've been doing a lot of 'indoor farms,' too," Martin said to the attending professionals. "We define that as 'growing in a fully controlled environment.'" 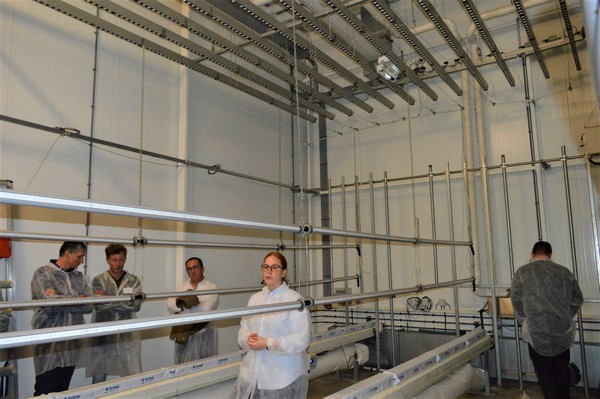 It's empty now, but you can see the toplight and interlight lighting from the other trial still hanging

From sugar beets to tomatoes in the desert
The projects range from fully autonomous lettuce cultivation to hybrid or fully LED-lit tomatoes in semi-closed greenhouses. Less common crops, such as dendrobium (a type of orchid), are also reviewed, and there's research and development facilities for seed suppliers, and even a project for a sugar beet breeder. "Currently we are working on a project for a commercial facility that will grow beef tomatoes in the desert, without daylight. The beauty of that project is that the recipes for their cultivation were developed here, in our Innovation Centre." 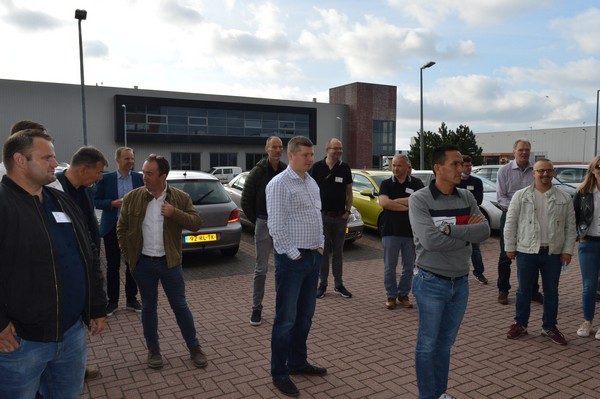 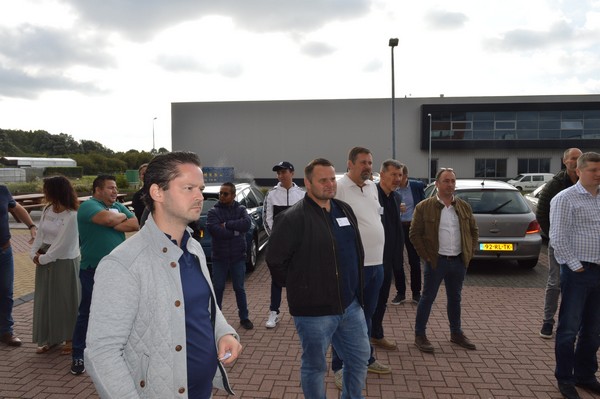 Total package
"When we started these indoor farming projects about ten years ago, we knew we had to do our own research to get better at it, to develop better technology and provide our customers with better recipes. So we started like everyone else with converted shipping containers. But growing tomatoes in a container is not that practical and cannot be scaled up to commercial projects, so we soon started building our own innovation center, where we can conduct trials with various crops." 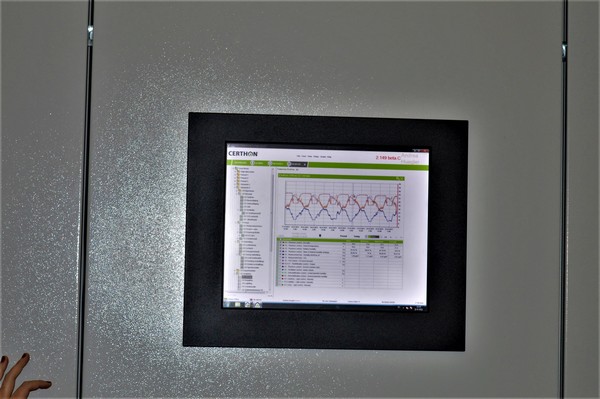 In an indoor farm, everything can be controlled optimally. This graph also shows that. Every day is the same.

At Certhon, they soon decided not to start with the most common vertical farming crops (lettuce and herbs), but to focus on vegetable and fruit crops, especially soft fruit. They do their own growing, so the whole growing cycle is closed, from seed to harvest.

"When you develop a project like this, you have to look at every aspect. Some people focus on light, others on climate or irrigation. We approach it as a total package, because if one of the components is not optimal, the end result is not optimal either." 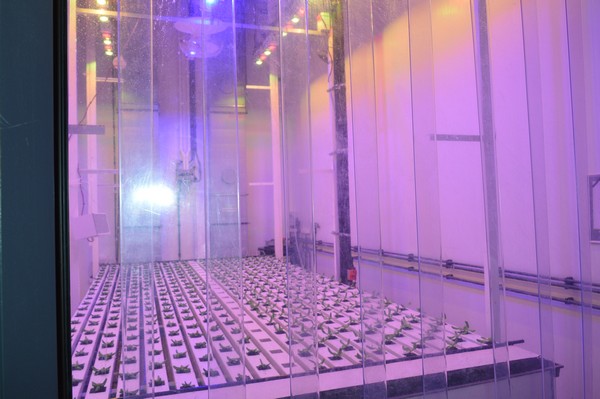 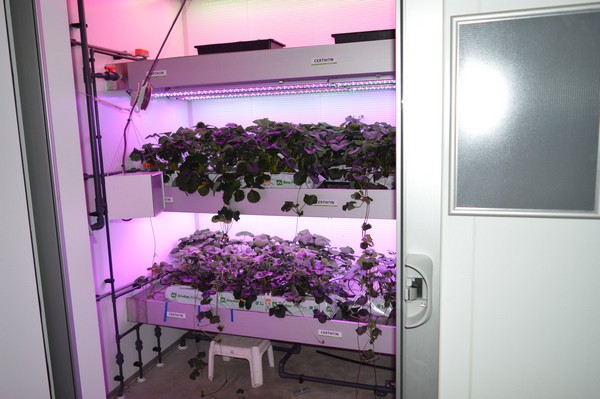 Strawberry mother plants. At Certhon's Innovation Centre, they have the propagation of strawberries in their own hands.

Everything under control
"With the way we build our cultivation rooms, we can control everything in the cell." As an example, Martin mentions the system they built for Rijk Zwaan in Fijnaart. "Here we focus on achieving the right climate, with very accurate control, not only on the temperature, but also on aspects like humidity. We can then determine when to turn on the lights, how much CO2 the young plants need to be dosed, or how the irrigation system must be set up. All of that can be monitored very closely in such a facility." 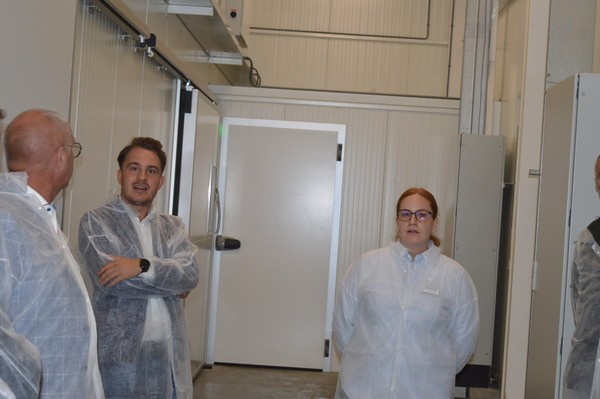 That monitoring can be done according to pre-programmed recipes, which always work in the same way, no matter where you are. "Since you are completely independent of what is happening outside, what we do here in the Innovation Centre will be exactly the same as what people in, say, Abu Dhabi can do."

Martin compares that with a greenhouse in which, regardless of how good it is in terms of design, you always have to react to your environment to some extent. "You don't really control, you react. In facilities like this, though, you are the one setting the goals. That way you avoid the surprises that can occur in an environment that is not fully controlled." 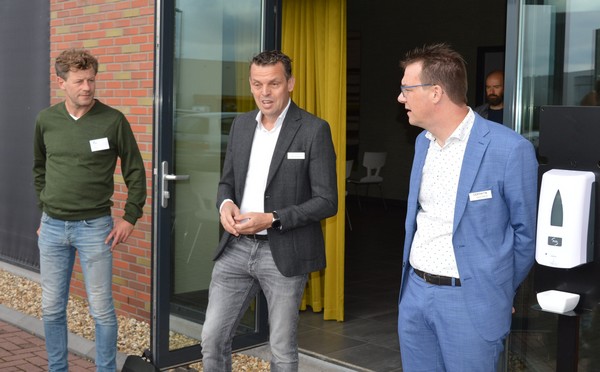 Better planning
That control also means no longer being dependent on the seasons in breeding. "A great example is Deliscious. The lettuce producer decided to take charge of breeding itself because with their automated growing system and with the contracts with supermarkets, it wasn't hard to make a plan based on three weeks of growth in the summer and three months in the winter." It was decided to do everything in-house, from sowing to harvesting, in their 7-acre greenhouse. 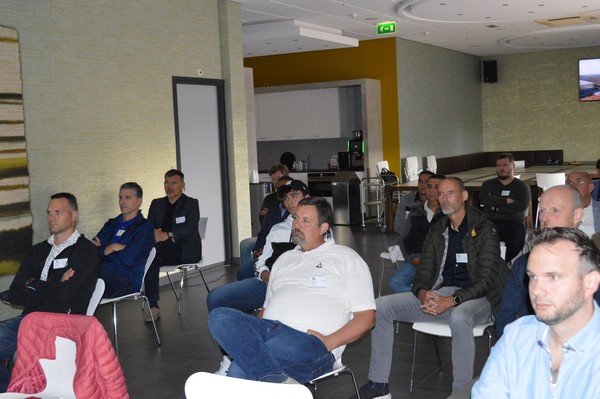 The whole group was split into three to make the event corona-proof.

"The plants are sown automatically in trays; then they go into the cultivation rooms. During the cultivation process, the plants are automatically distributed by a robot. In this way, the grower has new plants ready at every moment of the harvest that can be taken straight back into the greenhouse. This is a huge advantage when planning the production. And since everything is automated, the lettuce is not touched by human hands until the moment of packaging, just before the product is sent to the distribution center." 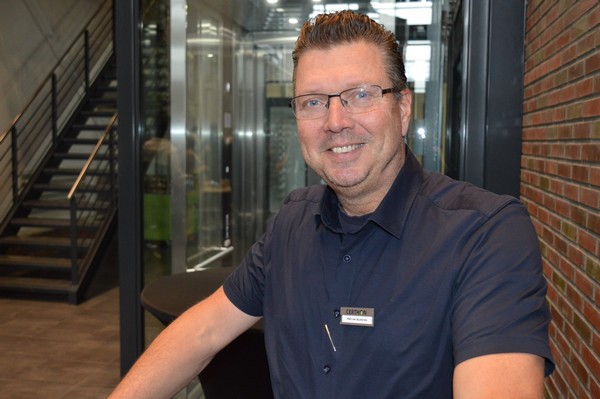 Fred van Veldhoven, of Certhon, will travel to North America as soon as the borders can be crossed again. He can't wait.