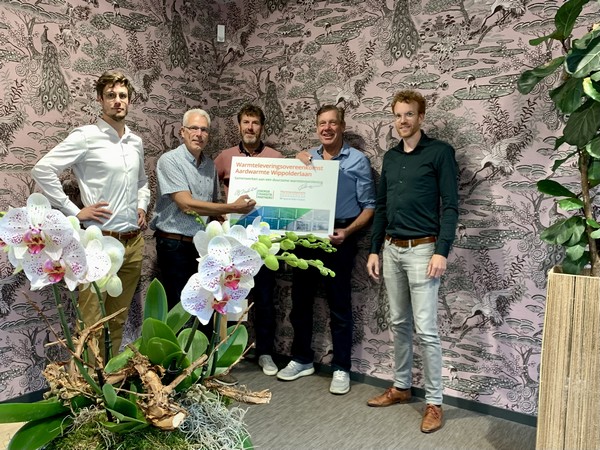 The next move for greenhouse horticulture entrepreneurs
It is now up to the greenhouse growers in the Wippolderlaan area of Wateringen to follow suit. Only if they, too, sign the agreement for the supply of geothermal heat can the geothermal heat project be realized within the deadline for the Sustainable Energy Subsidy (SDE+).

With the intended realization of Aardewarmte Wippolderlaan, the greenhouse horticultural businesses will be able to switch from natural gas to a sustainable energy source: geothermal heat. In doing so they will also be contributing to a large heat system: Warmtesysteem Westland.

Geothermal heat and gas prices
"The envisaged geothermal heat project is expected to be realized in 2024. The current gas prices, therefore, have less influence on the calculations per connection. Questions about the integration of geothermal heat into cultivation and a connection in relation to gas prices will be discussed with the growers in a digital meeting," says Tarek Hopman (project leader geothermal heat ETP).

Location in Wateringen
The proposed location for the Wippolderlaan geothermal heat project is a plot at the junction of the Middenzwet and Van Luyklaan roads in Wateringen. The necessary subsidy for sustainable energy was granted at the beginning of 2020. The geothermal heat project is currently being worked on further. Local residents in the area will be informed about the project during a walk-in meeting in the autumn.

Joining forces
Aardewaarmte Wippolderlaan is a collaboration between Warmtecoöperatie Wippolderlaan and Energie Transitie Partners. Their aim is to stimulate and realize sustainable heat for and with greenhouse horticulture companies in Wippolderlaan. Connecting the built environment is also being investigated.