If a horticultural company is not embracing change on their farms, then there is no way they can improve, and are thus becoming stagnant or risking going backwards, according to a leading agriculture entrepreneur. Jack Milbank, CEO of Lexi Tech Pte Ltd (AgPro) says that even if a business is doing well, there is always a way to do things better. As the world emerges from the pandemic, now is an exciting time for fresh produce companies to start looking to the future.

"If a new solution does not work, it's a matter of adjusting and trying again - so don't give up because something doesn't work once," he said. "Instead of 'umming' and 'ahhing', just go and try something.  Collect information so that you can make an informed decision about whether alternatives do or don't work. Just don't sit on the fence. Start your journey early and work out what works and doesn't work, so you can future proof your production system."

Lexi Tech was incorporated in 2020 as a partnership between Pioneer Ecosciences (Japan) and Novum Lifesciences (Australia). It launched AgPro Technology as an independent global Ag-Tech platform offering services to laboratories, growers, producers and agronomists across the world. The company operates with staff in Australia, Japan, the USA and Singapore, with additional major projects in South Africa, Zimbabwe, Indonesia, Uzbekistan and Chile. Mr Milbank completed the Nuffield Scholarship in 2007, and has since been involved in a wide range of agricultural projects, and says the aim has been to draw experiences and lessons from all industries to benefit each other.

He added that the journey towards regenerative horticulture is not about dumbing things down but smartening things up, and he coined the term 'naturally smart farming' as a call to action to challenge growers and producers to start taking steps down that path. 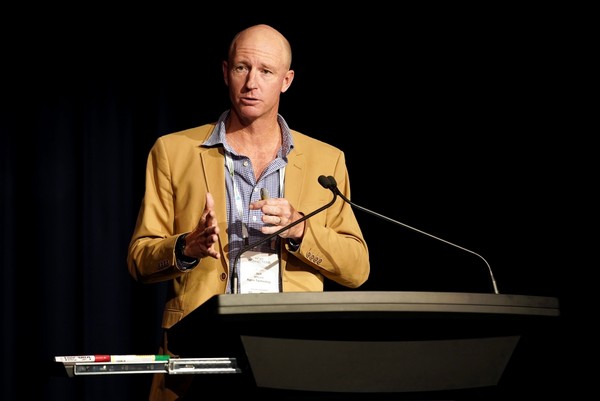 One area he is challenging members of the horticulture industry to invest in is the critical 'middle ground', or, specifically, their soil system, because that is the interface that converts photosynthetic solar energy into proteins and ultimately into the fruit and vegetables that are sold to make a profit for the business.

"In horticulture, we should be doing far more Phenotype measurements, in response to test results and genetic potential," Mr. Milbank said. "We have the tools there, but we are not the ones using the tools: we are trying to empower growers. Also, we are terrible at sharing information in horticulture, and thus I have put a lot of focus into how do we enable better collaboration. As a data provider, it is up to us to give people the tools to share information. I have found it is far better to emphasise collaboration instead of competition."

A few examples of innovations from Mr Milbank's companies that could be transferred across industries include ear tags from beef cattle that can be used on fruit collection bins, as the same geographical and time data could be useful to both industries, as can 'comparison reports' tracking the performance of blueberries and varieties, while DNA traceback has become useful in recording the origin of produce and building trust with consumers.

"We have data accumulating at a rate that we would have expected a decade ago. The amount of data that we have available should be used as a tool to engage consumers so that they can see the extent that we are going to in order to ensure safe productive healthy food production. It has to be accessible, verifiable, accurate and relevant - and if it is all of that, then we will build engagement with consumers and other supply chain partners. That transparency and sharing of data, and access to it, builds trust and that breeds loyalty," Mr Milbank said.

Mr Milbank also touched on synthetic biology, which he says is an emerging industry, worth around $ 7 billion today, but with the potential to reach $ 670 billion by 2040. His company has been building a commercial database of beneficial species and organisms since 2013, and subsequently created efficient products with the aim of solving problems for agricultural producers.