For Van der Plas Sprouts, last year might not have been as crazy as 2011, when, during the EHEC crisis, the Dutch sprout specialist lost 70% of its sales within 24 hours. Unfortunately, the company was not entirely left untouched by the Covid-19 pandemic. 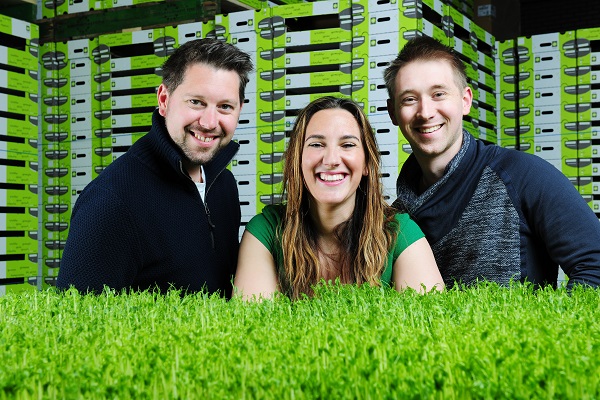 Now, 18 months into it, the worst seems to be over. In mid-summer, production was back to normal, and it has even become challenging to supply the recovering market fully. But Eva van der Plas, the family business' General Manager, is not complaining.

She and brothers Sven and Pepijn represent the company's third generation. In 2020, Van der Plas Sprouts broke even, and things are looking up for this year. "We're busy again," says Eva in late July.

"As soon as people start visiting restaurant terraces again, our sales shoot up. But we weren't hit nearly as hard as hospitality businesses, because we also supply retailers. It's not our biggest market, but it carried us through, and in the end, we had almost no losses in 2020. That's quite something during a global pandemic."

Script
The 2011 EHEC crisis is still fresh in Eva's memory. At the time, her father Theo was still at the helm. He drew up a script that Eva and her brothers, who also experienced that hardship firsthand, use to this day. "We learned a lot from what happened then," she says.

"As soon as COVID-19 struck in Italy, we started to anticipate what might happen. We began stockpiling seeds and raw materials in case the borders closed. Unfortunately, when it became clear that our market would be affected, we had to let our casual staff go."

"At first, it seemed like a premature move, but four days later, the pandemic hit in the Netherlands. We could respond to the situation quickly thanks, in part, to lessons learned in the past. That's been our strength," Eva continues.

A significant number of Van der Plas Sprouts' products are destined for export. They also supply a few customers from their factory in the Netherlands. Just about all the sprouts remain in Europe.

Increasing local competition does not concern Eva. "There is plenty of competition in the Netherlands, but it doesn't matter. It challenges us to improve in, say, the area of food safety. We want to lead the way."

Test and trace
How do you stay ahead of the rest? "We grow our sprouts hydroponically. We collect that water and send it for laboratory testing; before we even begin harvesting, we already know whether they've found listeria, E. coli, or salmonella. That is unusual." 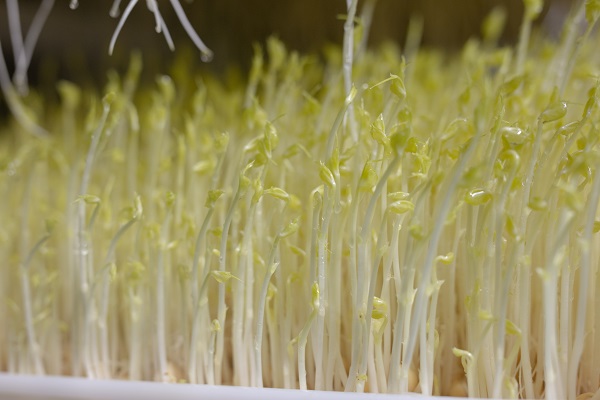 "It costs us around €15,000/month, but then we can supply top-quality sprouts with excellent food safety standards. In addition, we test the seeds in advance, as required by law, but the testing during production is what distinguishes us. It's important, too, to regain client confidence after previous crises in the sector."

The company has taken considerable hygiene steps over the years. Nonetheless, still more remain to be taken. For example, Van der Plas Sprouts invested in a new ERP system. That allows a seed batch to be traced back to its shelf lot number within an hour.

And that could become even faster, Eva says. "I think, soon, it'll take only 30 minutes to trace products in the chain from seed to tray." Besides tracing, production is also picking up speed, mostly due to automation.

"We've already automated as much as possible of the cultivation and harvesting. However, there are certainly steps we can take in packaging, and we definitely want to do that in the future. Not to save hands: I don't think investing in machines means you need far fewer workers. You just need different employees, who can operate machines." 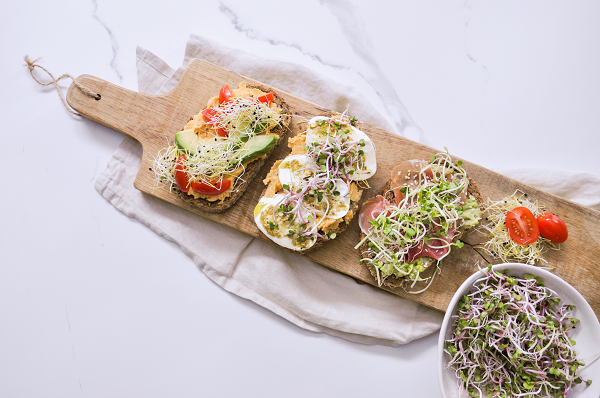 "You have to train those people," Van der Plas explains. Unlike packaging companies, Van der Plas Sprouts has permanent cultivation and harvesting laborers. "It's specialized work; half of the day is spent cleaning. Cleaning is essential. People often don't realize that when they apply for a position, but we tell them straight away."

"They now order a day in advance, which they never used to. Our company's size (it usually has a 125-person strong workforce on weekdays, ed.) means we aren't as flexible as we were 30 years ago, but it's great that they've kept coming back. When I walk through the city, I know which spring roll carts carry our bean sprouts. That's always special."

New varieties are continually being discovered. This is something with which Eva's brother, Pepijn, keeps busy. Chefs also come up with ideas, though that was more difficult during the pandemic. Contact, too, slowed in the past 18 months.

Consumer trade
The company is now getting orders from the foodservice and hospitality as well as the retail sector. A challenge for Van der Plas Sprouts is to reach consumers directly. "That's why we're interacting with food bloggers. We've, for instance, worked with [a well-known Dutch food platform] to promote these products." 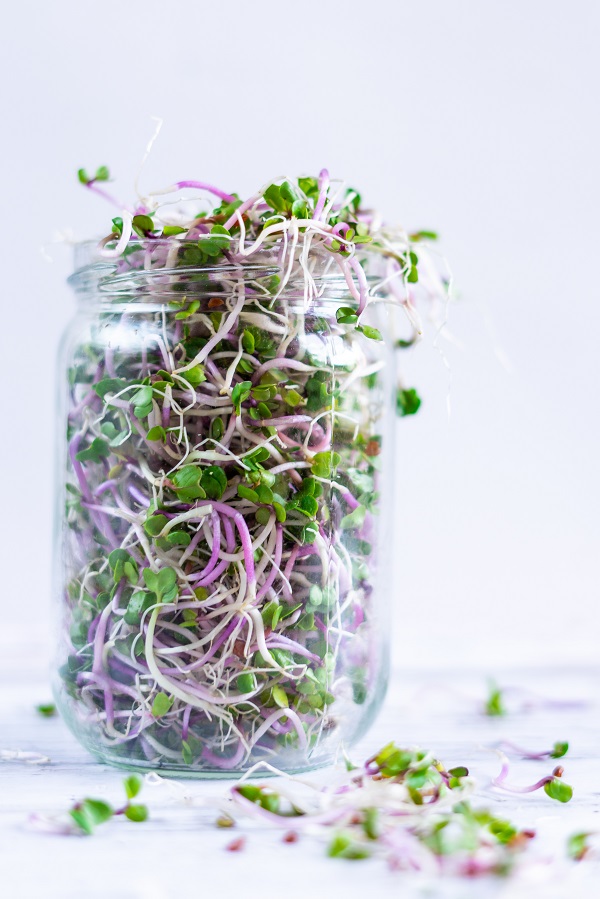 "Our company's products are not, per se, being promoted. It's more the product group, in general. In supermarkets, they're often sold under private labels anyway. The promotion could just as well be about cress, a product we don't offer, but that's fine. The important thing is that people get to know sprouts," says Eva.

She and her team want to strengthen ties with the hospitality sector, especially now that that industry is picking up again. Just before the pandemic broke out in the Netherlands, they were already taking steps in this regard with a catering wholesaler. Various chefs visited the sprout facility to learn about the products' possibilities.

"Unfortunately, that's been put on the back burner. But, now, we definitely want to get at that again." Eva sees opportunities, particularly in partnering with catering wholesalers to strengthen ties with the hospitality industry. "We have a product developer with great recipes and ideas."

"But, ultimately, it's the eatery owners who are our eyes and ears in the market," Eva explains. "For us, that includes sandwich stores, brasseries, lunchrooms,  and chefs too, though in the higher-end restaurants, dishes feature mainly cress varieties, not sprouts. I'd like to see more sprouts on those plates, for sure. However, I'm pragmatic and realistic. I don't see eight types of sprouts, all of a sudden, in a single dish."

Vitamin content
Van der Plas Sprouts has a few bestsellers. For retailers, this is mainly bean sprouts and alfalfa, and often a sprout trio containing yellow, green, or purple radish sprouts, and for supermarkets, according to their wishes, red cabbage, and broccoli sprouts.

For restaurants, it is, as Eva calls it, 'the more special varieties', like leek and asparagus sprouts. Recently, the demand for garlic sprouts has risen sharply. What is certain is that all these sprout varieties are remarkably high in vitamins and minerals compared to their grown-up brothers and sisters. 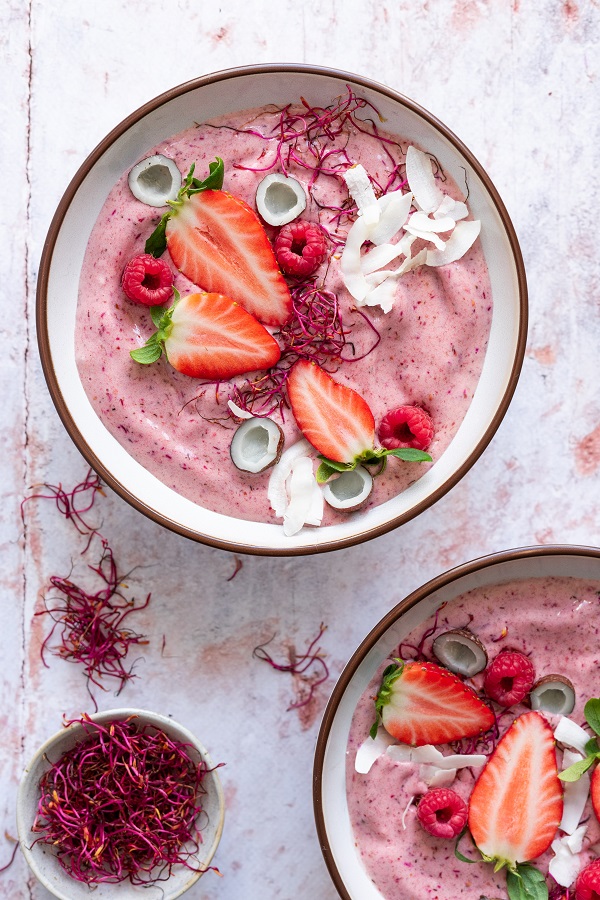 It is also in terms of vitamins that Eva sees plenty of opportunities. "We test each of the sprouts in our entire assortment every five years. We want to see which and how many vitamins and minerals they contain. It's fascinating. For instance, 10g of broccoli sprouts contain as much vitamin C as 300 grams of full-grown broccoli. "

"We include that information in our sprout guide which we send to many greengrocers. We can display the information in their stores too if they want."

"So, our products are healthy, and therefore I believe people should incorporate far more sprouts into their daily diet. We'll have to work hard to make that happen." Eva concludes.