'Cooperatives look back on a challenging year due to Corona pandemic'

The General Assembly of the producer cooperatives Reichenau-Gemüse eG and Raiffeisen-Lagerhaus eG took place last Wednesday, in the hall of the municipality of Reichenau. The cooperatives look back on a challenging year due to the pandemic, but were able to close the fiscal year with an increase in sales, as they wrote in their press report. 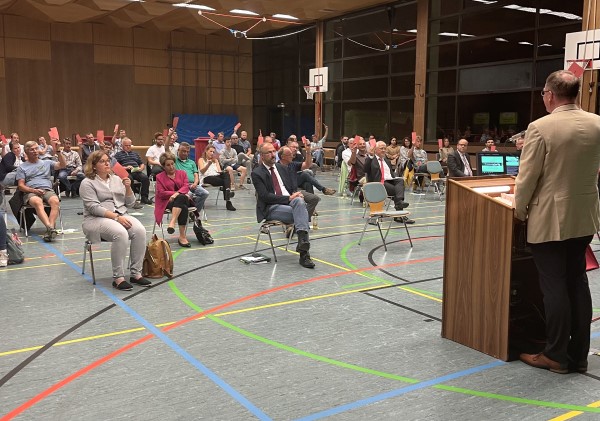 Dr. Wolfgang Zoll having the floor

For the second year in a row, the general meetings of the cooperatives Reichenau-Gemüse eG and Raiffeisen-Lagerhaus eG were held in the hall of the municipality of Reichenau on the Gemüseinsel, observing strict hygiene and distance rules.

In his welcoming speech, chairman of the board Matthias Keller first acknowledged the professional crisis management of the cooperative for the gardeners and members in Corona year 2020. 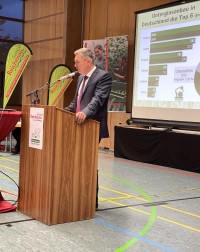 Following this, managing director Johannes Bliestle highlighted the Reichenau vegetable year in the context of the overall economic development. Despite some hurdles, such as the entry ban for harvest workers from other EU countries shortly before the 2020 fresh vegetable season, the closures in the catering and hotel industry, it was ultimately possible to market fresh vegetables in full and in some cases at higher prices than in the previous year.

Reichenau-Gemüse sales climbed to €28.5 million in 2020
With a total marketing volume of 14,723 tons, the total tonnage of the previous year with 15,190 tons was just missed, but a better product price level was achieved in the calendar year 2020, compared to the previous year. The pure commodity sales of the vegetable cooperative amounted to €28.5 million. Compared to fiscal year 2019 (€27.8 million), sales increased by 2.4% compared to the previous year. Almost 40% of the production by value came from organic production. Thus, around 4,100 tons of high-quality organic goods found their way to the consumer. Seen nationwide, Reichenau-Gemüse eG is thus one of the outstanding organic vegetable production sites, being able to meet the increased consumer demand for regionally produced organic goods.

Raiffeisen-Lagerhaus business development satisfactory
The general meeting of Raiffeisen-Lagerhaus eG was on the agenda for the same evening. The mission of the cooperative is to sell operating resources to the growers, acting as a local supplier for the people on the largest island in Lake Constance. In 2019/2020, a total turnover of 10.4 million euros was achieved. In many areas, significant increases were recorded. In particular, retail in the Raiffeisen Market increased by around 12%. Among other things, this can be attributed to a free delivery service for people who were unable or unwilling to leave their homes. The change in shopping habits during the pandemic was also noticeable in another business area: Raiffeisen-Lagerhaus eG has been a branch partner of Deutsche Post for 16 years, and the cooperative experienced an extreme revival due to the increased online business. 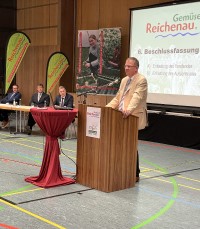 makes it possible to distribute a dividend of 3% on the shares. In addition to approving the net profit for the year, the meeting also voted in favor of this proposal by the Board of Management.

The Board of Management and the Supervisory Board of both cooperatives are unanimously discharged by Mayor Dr. Wolfgang Zoll. Those present thus express their satisfaction with the bodies and the work of the cooperatives.