Earlier this week, Wes van Schie officially became co-owner of L.A. van Schie tomato growers in the Netherlands, making him this company's third generation. The agreement is retroactive from end of September, 2021. This was a special moment for this family business, especially because its first generation, grandpa Leo, was also present. 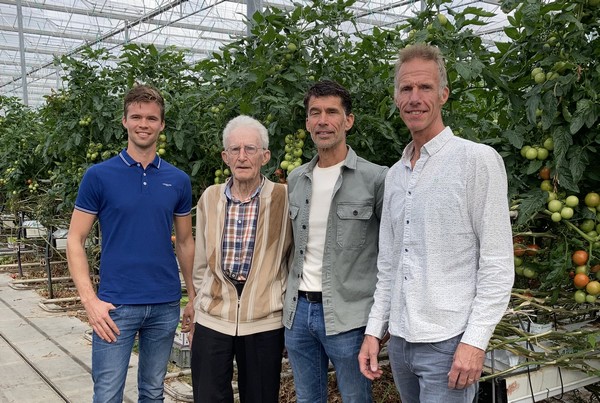 Three generations, three locations
"It was absolutely fantastic that he, at almost 92, could be present too," says Wes. The cultivation company has three locations, and Wes and his father, Cock, will run one of these. "I'm going to work with my Dad. Then, in time, I can take over the location completely. But that's not going to happen overnight. My father will, at first, keep farming. I'll do the rest."

Wes has completed a college course in Horti Technics and Management. His cousin, Rick, will complete his studies this summer, after which he, too, will work for the company, although not as co-owner (yet). "Rick is going to run our rented plot next season. That's what I'm doing this year," says Wes. 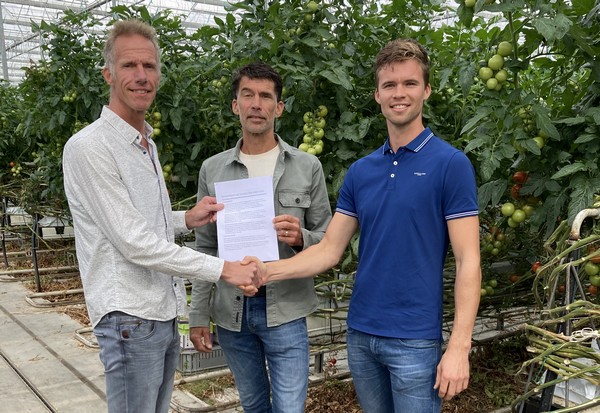 Paul, Cock, and Wes with the official paperwork.

L.A. van Schie has greenhouses at two locations, and a packing company, Tomselect, which is at their main office. Uncle Paul and his son Luuk work there. "It would be great if Rick and Luuk were to join eventually. They're both interested in that. I'd already considered that with this step of mine," continues Wes.

Loose tomatoes
Other than the financial and legal aspects, nothing will change in the business. It is affiliated with Oxin Growers, so the company will continue growing loose tomatoes. The United Kingdom is an important market for the company, and they have had few problems with Brexit.

As the company also has its own geothermal location, the current energy crisis has not had much of an effect on them compared to other growers. "We don't do any lit cultivation either. The season is, thus, almost over for us. We'll keep at it for another month. Then we can all get ready for a great new season," Wes concludes.