China: Why the growth cycle of rice can be split in half

After planting rice and growing it in a closed environment for 63 days, the rice produced full branches, which is more than half the time it takes to grow rice in an open-field environment. "This is a subversive breakthrough in the history of rice cultivation," Qian Qian said.

Food, water, and light
Dr. Zhonghua Bian, head of the Plant Photobiology Research Center of the Institute of Urban Agriculture, shows the vertical plant factory. It looks like a magnified glass cabinet, with opaque frosted glass on the outside, covering an area of ​​only 15 m2. 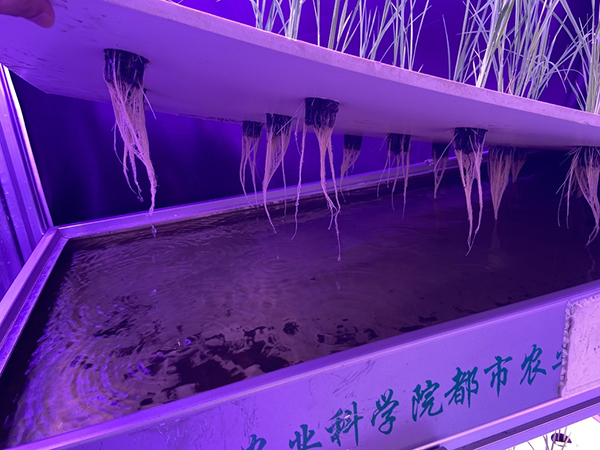 In the plant factory, the rice seedlings planted in the nutrient solution tanks are cultivated without soil.

The factory might be small, but it is fully equipped. The room is filled with red and purple lights, and there are 4-layer cultivation racks left and right, filled with clusters of verdant rice seedlings planted in soilless cultivation tanks with nutrients. The air refreshing system and CO2 supply system regulate the indoor temperature and gas environment, while the nutrient circulation system supplies the water and minerals needed for the growth and development of rice.

A plant factory is a completely enclosed space. "The environment and nutrients the rice needs can be met by artificial regulation, including light, water, temperature, nutrients, carbon dioxide, etc." Bian Zhonghua said, "To put it simply, let the plants eat and drink well, and they will naturally grow faster."

In the entire environment control, lighting management is a key factor. Bian Zhonghua said, "plants’ demand for light includes light radiation intensity, spectrum, photoperiodism, etc., and precise regulation of the light environment is equivalent to customizing an exclusive ‘light formula’ for rice.” Current research has found that a light intensity that is too low or too high is unfavorable to the growth and development of plants; in the solar spectrum, only about 5% of different wavelengths of light have an impact on photosynthesis, among which red light and blue light are necessary to maintain normal photosynthesis of plants.

Six crops a year
The rice in the plant factory is shorter than ordinary rice. "These rice varieties are dwarf varieties provided by Qian Qian's team. The plant's height after maturity is only about 30 cm, while the height of ordinary rice is at least about 1 meter after maturity." Bian Zhonghua said that the shorter plant type is suitable for multi-layer three-dimensional cultivation in the plant factory, which maximizes the use of space and saves costs. 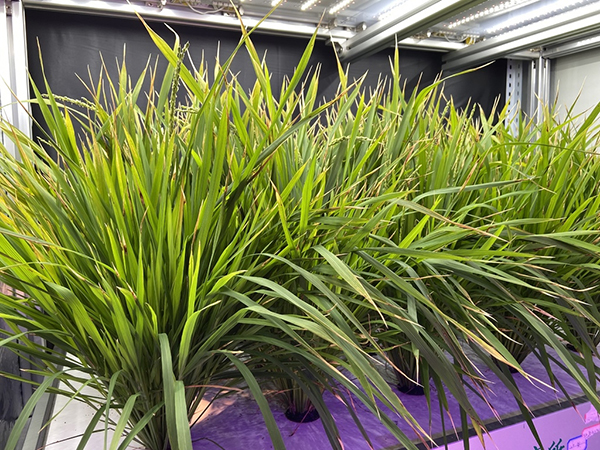 Rice has a long growth cycle, with a growth period of more than 120 days and, under normal circumstances, it can only be planted for one or two seasons a year. Using traditional breeding methods, only one or two generations can be produced a year. In order to speed up the breeding progress, agricultural scientists choose to breed in southern tropical regions such as Hainan, but even then only two or three generations can be produced a year.

But that is not so in the factory: "in a plant factory environment, rice can be harvested in about 60 days, and thus 5-6 crops can be planted a year, and breeding can produce 5-6 generations, saving breeders a lot of time."

Plant factories are becoming more and more popular, as vertical plant factories are not restricted by land, space, or climate conditions. "The high temperature and humidity in the southwest region in summer can easily induce diseases and insect pests, and weak sunlight in winter will affect the metabolism and synthesis of crop nutrients," Yang Qichang said.

Expensive!
Growing rice in vertical plant farms is far from cheap. One of the main reasons for this is the high initial construction cost. The factory needs many technologies to grow the rice properly, such as an environmental control system, an artificial light system, a multi-layer three-dimensional cultivation system, a nutrient solution circulation system, and a computer control system, all of which are expensive. 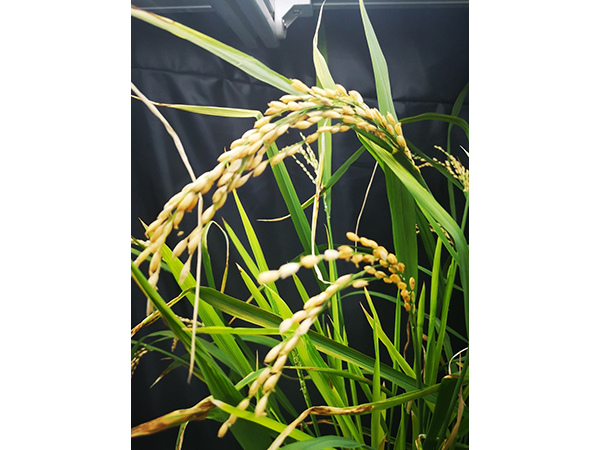 Ripe rice in a plant factory

Despite all this, he is still optimistic about the future. He believes that the construction and operating costs of vertical plant factories can be reduced in the future with technological progress, through the development of new materials, and the use of new energy sources. "It represents the future development direction of agriculture."