In the Netherlands, several parties are pushing forward with their plans. They want to expand existing geothermal heat extraction. This is to be done through the 'Aardwarmte Delfland' project in De Lier. These parties are growers, Harting Holland and De Bruijn Tomaten, Warmtebedrijf Westland and Shell.

These farmers have been extracting geothermal heat using their own doublet system since 2014. Plans for a second system are currently being devised. With that heat, the two growers will achieve 100% sustainable heat for their company. Much of it could also be sold to others. 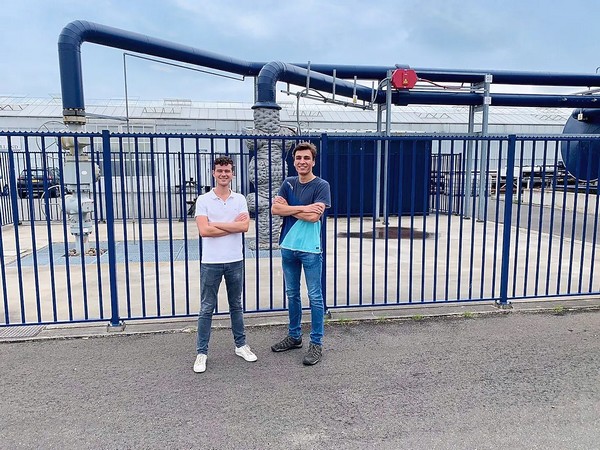 Competing with natural gas
In April this year, the parties signed a partnership agreement. They began designing the wells and the technical installations needed. They also started mapping out possibly selling geothermal heat to various groups. The Dutch government had awarded a subsidy in August 2020 already. That was under the SDE+ scheme.

That makes geothermal heat competitive, price-wise, with natural gas. Harting Holland and De Bruijn Tomaten have an exploration permit too. It still offers space for this new project. The participating parties must take a final decision on the implementation of their plans. That will be in 2022.

Transport to buyers
If the outcome is positive, Shell will drill two 2.7 to 3km-deep wells. These will pump up hot water of about 85°C. They will then transfer the heat via a heat exchanger to a distribution network. The cooled water will be returned to the warm porous rock layer deep underground.

Shell can then begin extracting geothermal heat by the end of 2023. Harting Holland and De Bruijn Tomatoes will use some of this. It will provide additional heat for their greenhouses. Most of it will be sold to other clients in the area. Warmtebedrijf Westland will lay the pipes for this.

Investment support
De Bruijn Tomaten and Harting Holland having been using their own doublet system to extract geothermal heat since 2014. "We're pleased that our exploration license and our farms' subsoil still offer room to engage in this new project," says Paul van Steekelenburg in a message to Shell. He is Harting Holland's financial director. Paul also leads the company's geothermal project.

"Current geothermal energy regulations would never have allowed us to build a second doublet in our exploration area. And certainly not a third. That's why we're happy Shell and Warmtebedrijf Westland have stepped in. We're only 20% short of sustainable heat. So investing in a second system would be far too costly."

Geothermal trade
Yeager Energy recently acquired Warmtebedrijf Westland. This company wants to lay pipelines to transport not only geothermal heat, but also want to lay CO2 and irrigation water lines as well as a fiber optic cable at the same time. That means they'll have to dig only once. Farmers currently pump groundwater for irrigation. That leads to subsoil salinization. Warmtebedrijf Westland wants to facilitate the geothermal trade between buyers too.

Paul is looking forward to the project's implementation. "This is geothermal heat generation 2.0. All aspects are being carefully considered. That is not only the hot water that comes out of the ground. But also the cool water that goes in. And everything in between. We are looking at all the options. We want to ultimately arrive at the best choices."

Sharing experiences
Emil Heeren is from Shell's project team is proud of the project. "It's clear that Paul and John Harting, owners of Harting Holland, as well as Aad de Bruijn, co-owner of De Bruijn Tomatoes, and their sons are wholly invested in switching entirely to sustainable heat," he says. "They're doing this not only from a business perspective."

"But because they want to contribute to climate preservation too. That'll particularly benefit their families' next generations. We're delighted to know that these horticulturalists have already gained from the extraction of geothermal heat. And also with the constructive way in which we can exchange experiences with De Bruijn Tomatoes and Harting Holland," Emil concludes.