In the French village of Ouarville, in the mid-north of France, a new tomato greenhouse is being erected. Next year, Florent and Alexandre Besnard's cherry tomatoes will be grown there. The growers have the ambition to market them within a 100-kilometer radius of the greenhouse. A perimeter voluntarily limited to remain coherent with the guideline of this project that aims to be respectful of the environment.

“The construction is finished and the glass is being installed,” says Alexandre Besnard, who initiated the project with his brother Florent. The delivery is expected for December and the first harvest should take place in March 2022. With an acreage of 1.6 hectares on a 10-hectare capacity, the farm will produce nearly 500 tons of cherry tomatoes per year.

Two brothers, Alexandre and Florent Besnard are at the origin of this project. “The idea came in 2018. The project was first initiated with the local authorities. Their goal was to develop another crop and diversify agriculture in the department, which mostly focused on potatoes and onions. And we chose the tomato, which is the vegetable that sells best.”

Taste is the priority
After testing different varieties throughout Europe, the Besnard brothers chose the cherry tomatoes on the vine. “It took us more than a year to find a tasty tomato variety. If we find another variety that suits us, we will add it to our production, but our number one criterion will always be flavor.” 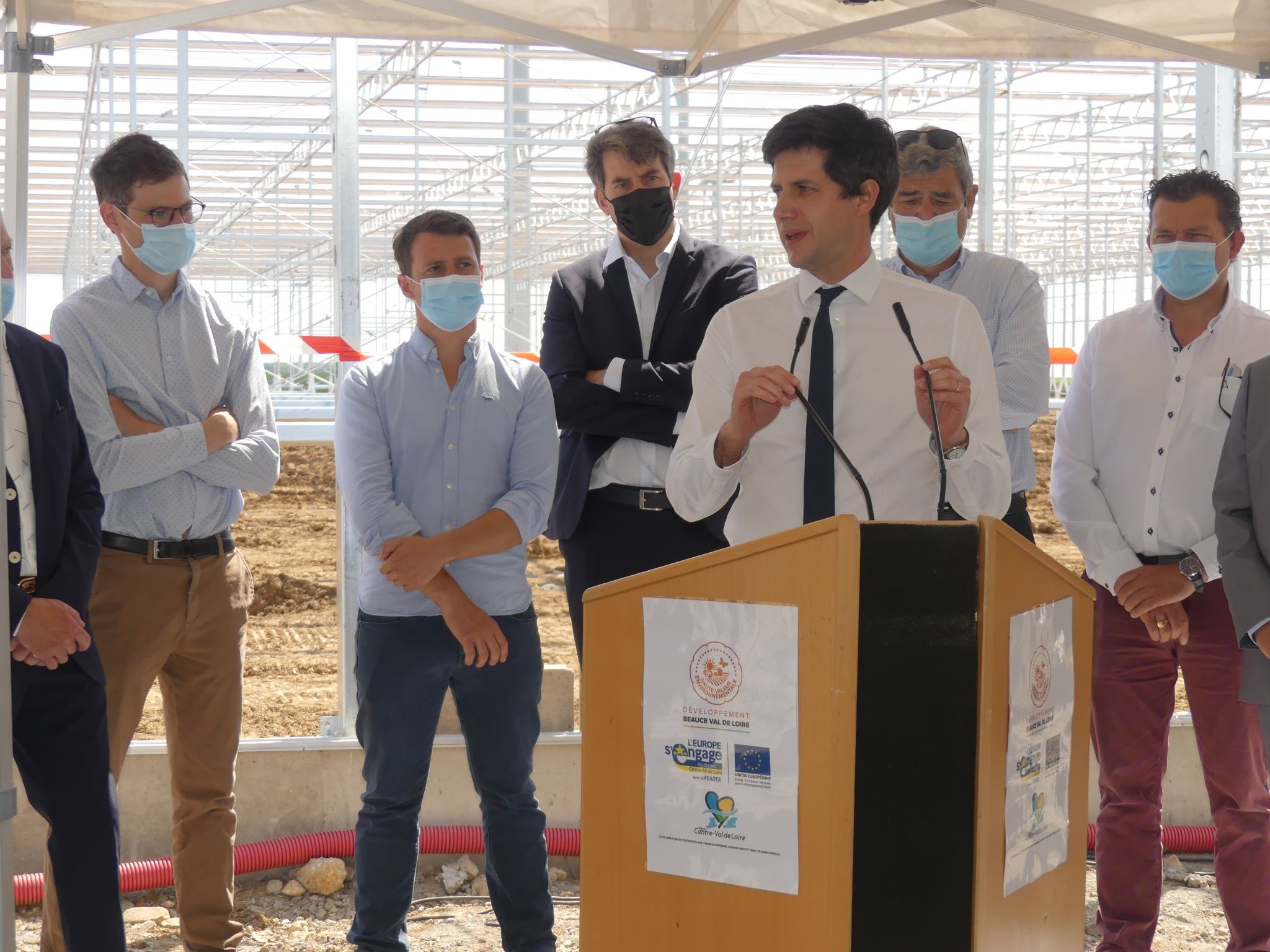 Zero pesticide
In order to guarantee a production without pesticides, they're leaving nothing to chance, from the construction of the greenhouse to the methods used to protect the crops. For their tomatoes, Alexandre and Florent opted for a semi-enclosed greenhouse. The overpressure and the ventilation system will help to prevent the development of fungal diseases, thanks to ventilation. “We’ve also placed anti-insect nets at the entrance of the ventilation shafts in order to avoid the presence of pests. And for the few ones that would manage to make their way into the greenhouse, we will use integrated biological control.” 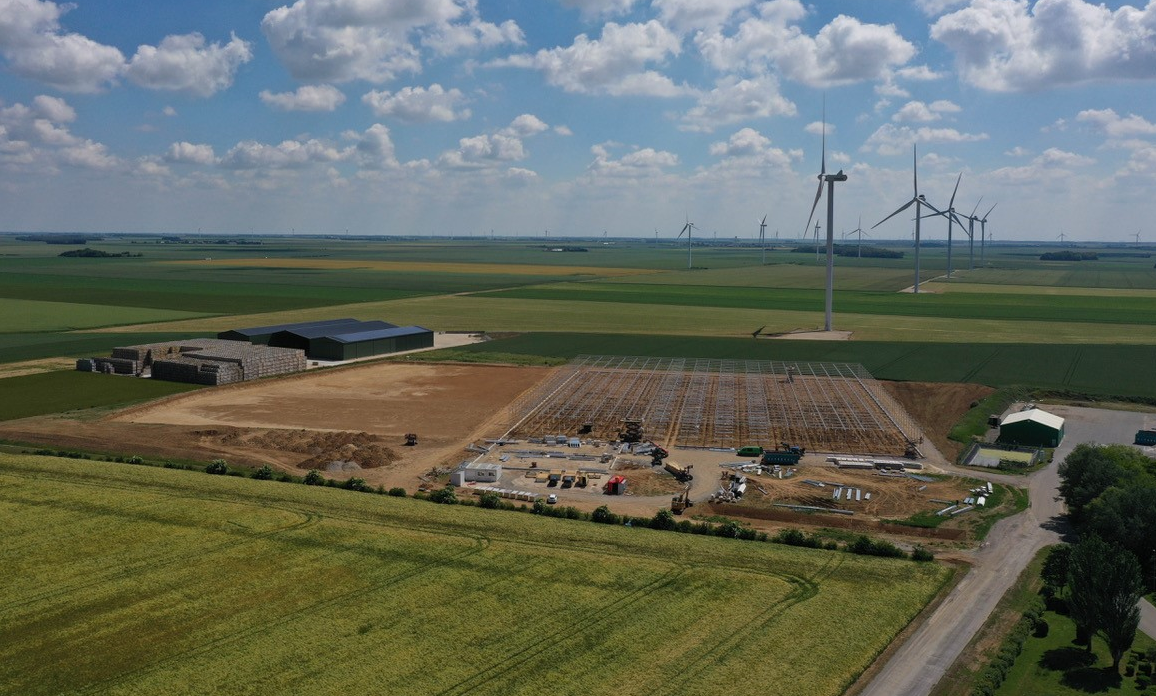 Local production and low carbon footprint
Alexandre and Florent will be selling their tomatoes locally, as they have limited the marketing radius to 100km around the greenhouse. “We are located 65km from Paris, so we sell everywhere in Ile-de-France, here in the Eure-et-Loir department and in the neighboring towns.” The brothers are considering direct sales in the near future, but for now, supermarkets remain the main marketing channel.

With a desire to minimize their carbon footprint, rainwater is collected to irrigate the soil and the future greenhouse will be heated entirely thanks to the Sitreva waste treatment and recycling plant, located right next door. “We’ve really worked on our carbon footprint because we did not want to use fuel or gas for heating. We had the choice between geothermal energy and the incineration plant, and we finally preferred the second option because we want to develop a circular economy and use the heat produced by the Sitreva plant.” 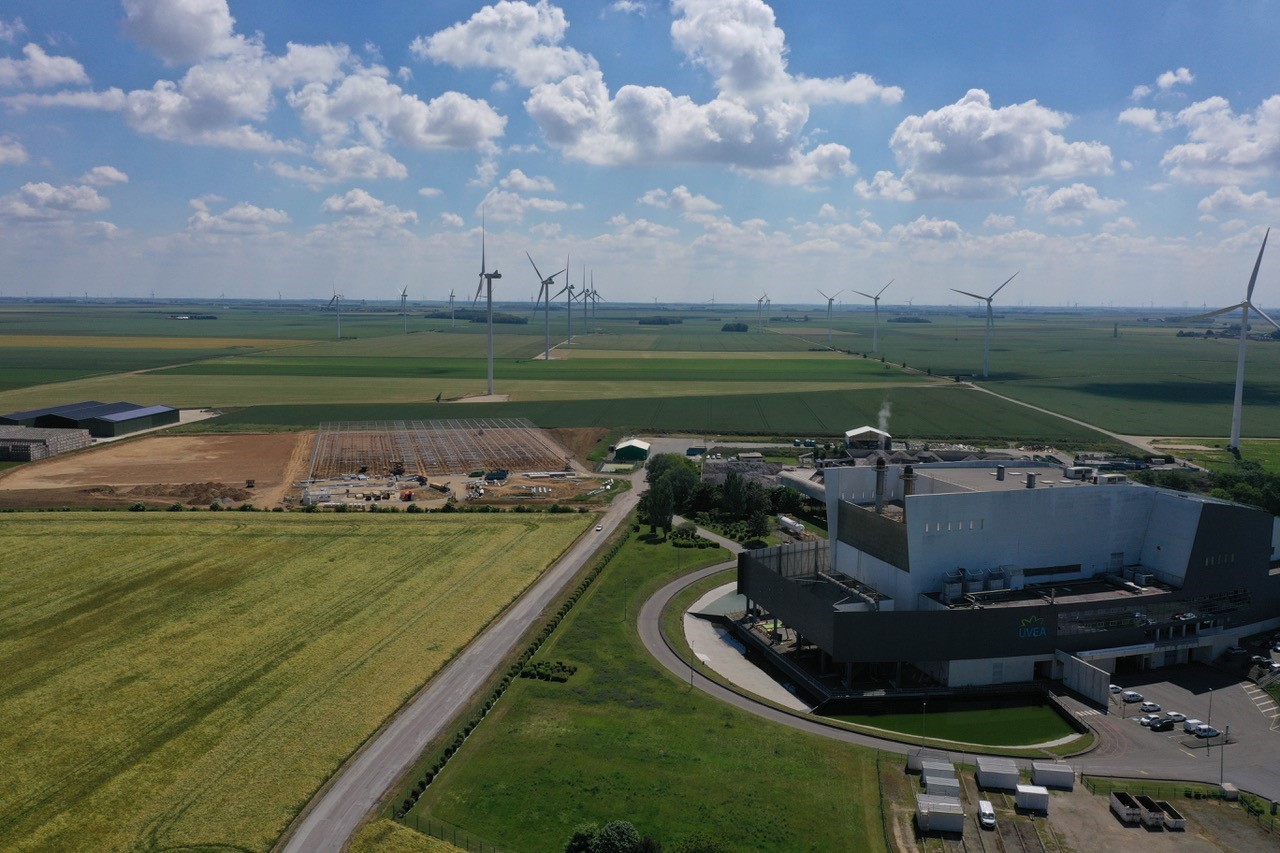 Greenhouse under construction with the SITREVA plant on the right.

And in order to remain coherent with the development axis of the project, the cherry tomatoes of the Ouarville greenhouse will be marketed in 100% cardboard packaging.