"There's more growers using our slabs than we hoped for"

2020 was a year of major investments for perlite producer Willems Perlite in Ghent. A new furnace and mat line were installed in the factory. As a result, in addition to the well-known perlite blocks, Perlite mats can now also be produced to size and on a large scale.

"The investments are paying off because we can now offer the whole package. More than expected," says owner Sven Willems. "This season we are already in place with many growers. Now that we offer the complete package, we are much less dependent on the substrate on which a grower grows." 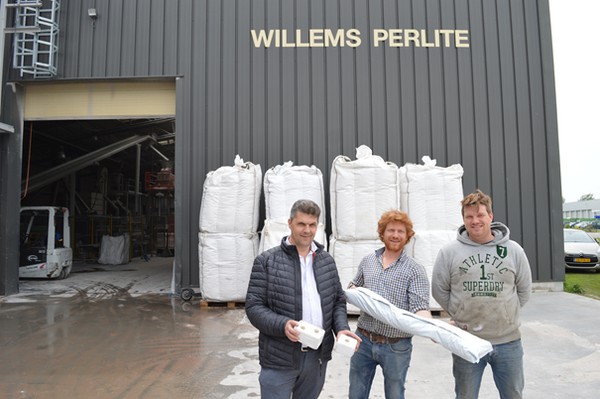 Kurt Lauwers and Sven and Niels Willems in front of the factory in the port area of Ghent where they produce both perlite pots and perlite mats on a large scale.

Busier for longer
In mid-May, it is remarkably busy in the factory. Partly because of the investment in growth, including with the arrival of the salesman Kurt Lauwers, but also because of developments in the market. Kurt: "Normally the peak in production is in the period September-January when growers prepare and start up their new crop. This year, however, I have seen a lot of growers switching because of the virus pressure, so the demand for slabs and blocks is still high."

The oven and the machines are therefore still processing large quantities of volcanic rock every day. The raw material is sieved and delivered in big bags. Sven: "That produces an attractive, uniform product. You can see that more and more importance is being attached to that."

The oven roasts the rock until it puffs, with the end result being the familiar, lightweight 'pebbles' for use in blocks and mats. In addition, vermiculite, which is used by sowing, cutting, and propagating companies for spreading, is also produced.

The right track
For the Willems family, including brother Niels as well as Sven, it all started with blocks some twenty years ago. "Our father, who has unfortunately passed away, put us on the right track. He was already familiar with perlite as a filtering aid in factories with liquids. It is a unique raw material with unique capillary properties, which makes moisture easily dispersed." 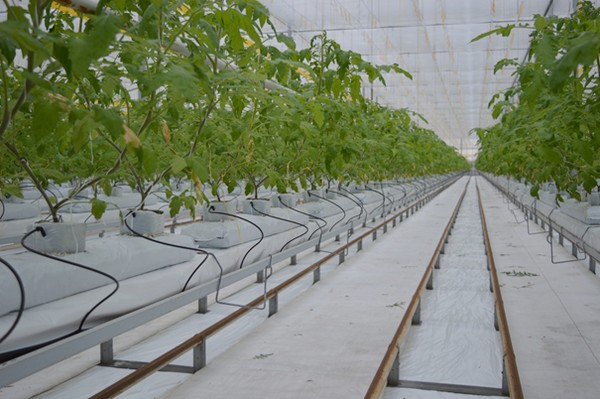 Fine fraction
Willems Perlite can offer the perlite in different fractions, both loose and in slabs. Sven: "Many people know perlite but as a coarse fraction. However, if you want to make optimal use of this raw material, we think you should work with a finer fraction." Kurt adds; "The growers who started using our slabs this year find that it is an easy substrate with which they can grow as moist as they want. As a result, we are certainly no longer inferior to other substrates."

Now that the investments in the factory and with Kurt also in customer service are paying off so well so quickly, the Willems brothers have a taste for it. "In the long run, we definitely want to grow further with another oven and line. That way, we can remain flexible. For the same reason, we also keep larger stocks. And that's a good thing," Sven concludes with a laugh, "because Kurt moves fast."