Light intensity could be the key

Are you lighting for optimum yields?

How do you achieve the highest yields with your lighting system? Increasing light intensity up to certain species-specific points results in a corresponding increase in yield. And when light levels are not optimized for production, or the type of crop you are growing, you are going to have slower flowering, poor root development, and plant structure, as well as reduced yields, the team with P.L. Light Systems says.

"There are four factors that should be evaluated when considering supplemental light for your crop: light quantity (light intensity), flight duration, light quality (spectrum), and distribution (light uniformity).  Optimizing all these factors for your specific crop will help you gain increased productivity, plant quality, and yields. However, if you want to maximize profits, you need to focus on what is going to deliver the highest yield on high revenue items, in the shortest time possible. One way to do this, is to increase light intensity, as light intensity is directly linked to yield." 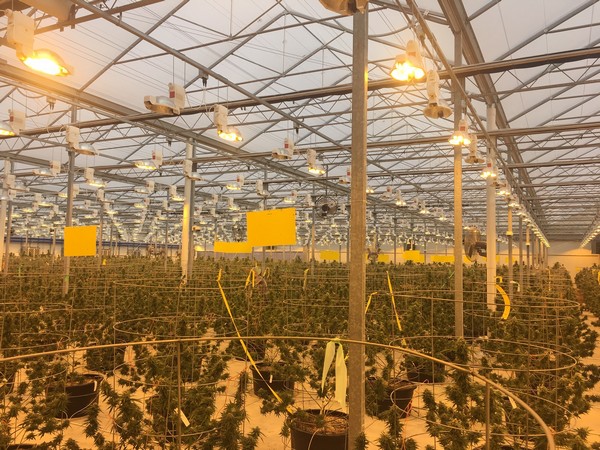 How to measure light
The measure of light intensity is photosynthetic photon flux density (PPFD), which is an instantaneous (spot) measurement of the amount of PAR light that is distributed to, and arrives at, the crop canopy. PPFD is measured in micromoles per square meter per second (μmol/m2/s). This measurement is important because you need to know how much light is being distributed at the crop level from the sun and/or luminaires, to ensure the plants are receiving the correct amount of light to hit your target DLI (daily light integral). DLI is another way we calculate the light intensity and refers to the cumulative amount of PAR light received in a 1 square meter (10.8 sq. ft.) area each day. Represented as mol/m2/day – it is a function of light intensity (PPFD) and duration. DLI has become an important tool for managing the light environment to optimize crop growth. Most crops have optimum DLI ranges, for example, bedding plants fall between 20-25+ moles per day, and vine crops need around 25-30+ moles per day. 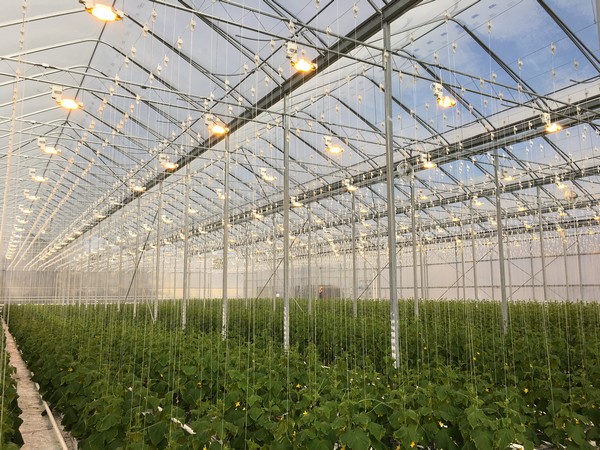 Light intensity and yields
While light spectrum is important for initiating plant responses such as germination, leaf unfolding, and flowering, light intensity is a far better indicator and tool to use in achieving high yields, since it is the light intensity that contributes to an increase in plant biomass production (up to a point). Plant growth is also driven by other environmental factors such as CO2, water, nutrients, humidity, and plant genetics. Achieving high yields and quality in your crops should be based upon these environmental factors, but first should be knowing the appropriate DLI of your crop, so all other areas can be managed to maximize yield potential.

Is there a point where a plant can have too much light?
All plants have a point where light becomes excessive and will damage the plant – referred to as the light saturation point. Therefore, it is important to know what your crop’s optimum DLI is. Crops such as leafy greens, strawberries, and some ornamentals will not benefit from high light intensities and have daily light integrals in the low to medium intensity level. For example, lettuce will grow best at 17 moles per day, orchids should be kept between 4-10 moles per day, and strawberries between 18-25moles per day - increasing the light intensity over the course of a day to lower DLI crops can be consequential to yields and can increase disease incidence. However, there are many high-value crops like cannabis, tomatoes, cucumber, and some ornamentals, where high light intensities are needed to increase yields, quality and improve crop cycles – these are crops that need daily light integrals around 25-30+ moles of light per day. 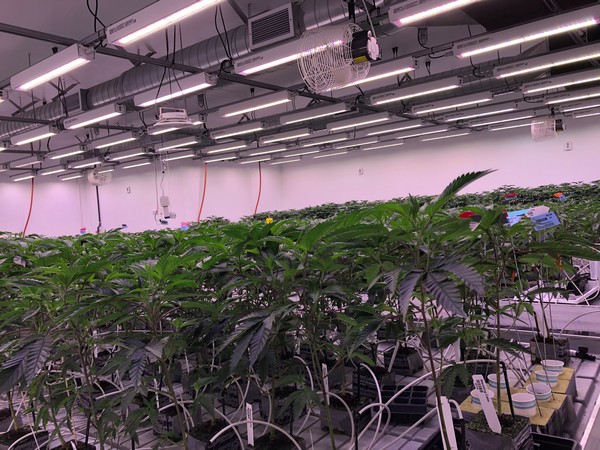 One crop that can take a high amount of light intensity is cannabis. While exact light intensity requirements will vary by cultivar, it has been shown that cannabis yields will linearly rise with increasing PPFDs up to 1400umol/m2/s. Yield and fruit quality are also positively related to high light intensities in fruiting crops like tomatoes. Higher DLIs, with the use of supplemental light, can also impact bedding plant plugs, by increasing quality and decreasing time to flower with DLIs up to 26 moles per day. So, if you are struggling with yields, crop times, or quality, it could be related to the quantity of light you are giving your plants. Again, always ensure other areas like CO2, temperature, and nutrients are optimized to your desired light levels, so energy is not wasted.

A question we often hear is does the light spectrum matter when it comes to yields?
While spectrum is important in many areas of plant morphology, it is shown to have little effect on increasing yields – the PPFD will have a greater impact on yields than the spectrum of light. Based on the findings of the study in partnership with many lighting manufacturers, Greenseal Cannabis compared cannabis yields and morphology under HPS luminaires to multiple LED luminaires. The results showed that the finishing stage was approximately 5 days shorter, with higher dried flower yields on average, under LED grow lights compared to the HPS luminaires. This is most likely because the LEDs were mounted much closer to the crop canopy—directing more photons to the plants when compared to an HPS luminaire, due to its radiant heat output, needs to be mounted further above the plant canopy. However, one of the big takeaways from the study indicates that light intensity was the primary driver of yield in broad-spectrum lighting applications and that differing light spectrums between the various manufacturers’ LEDs, made little difference when it came to increasing yields.

What the author, James Eaves, also stressed in his paper, was that $/PPFD should be the key metric growers look at, rather than $/W, since the incremental yield outweighed the incremental electricity costs. Of course, this statement was made in 2018 when the Canadian cannabis market was at its peak and the price of cannabis remained high. In the event that the price of cannabis drops and/or the price of electricity is high, then that equation of course might yield a different result. The study thus concluded that yields increased up to at least 1500 μmols/m2/s, which is almost twice the intensity that is often used by cannabis growers. This implies that tuning the spectrum of lights is not an important factor for yields. But it is possible that spectral tuning could still impact the chemical profile of the plant and increase yield value that way.

Are LEDs better for increasing yields compared to HPS luminaires?
Many studies, including the one by Eaves, indicate that since photons from LEDs are more efficient for photosynthesis and increasing yields – however many of these studies are done on cannabis and more research needs to be performed on other lower-value crops like cut flowers and fruiting vegetables. In some cases, the high costs associated with LEDs, including increased price per unit, labor, and infrastructure, may not outweigh the benefits of slightly increased crop cycles or yields. This is why it is important to ensure that your ROI (return on investment) makes sense for your application. Many growers we work with both cannabis and traditional horticulture, still decide to grow with HPS lighting because they can achieve high yields with a lower upfront cost, which makes more sense for them in terms of profitability. If you decide that LEDs do make the most sense for your application, it is recommended to set up a trial area to see how your crops perform under LEDs, especially if you are used to growing with HPS lighting. If growers want to transition to LEDs to take advantage of increased efficiencies, a hybrid HPS-LED system can be a great way to do this, especially in colder climates where HPS luminaires help in offsetting winter heating costs. The heat from the HPS lamps also helps heat up the plants, while maintaining transpiration rates in the plants, and allows growers to keep their existing infrastructure thus keeping initial costs fairly low compared to a full LED installation.

The overall takeaway from this is that light intensity is a far better indicator of yield than light source or spectrum. As a manufacturer of both LED and HID technologies we see the benefits of both and know that either can be used to achieve high intensities and therefore high yields – most important is that your ROI makes sense and that you are able to optimize other areas of your grow like CO2 and temperature to ensure a balanced growing environment.