From this greenhouse in the city of Lier, the Belgium UEFA EURO-tomatoes originate

Tomato growers Anne Mortelmans and Stefan Van Craen from the Belgium city of Lier are used to variation rotation. As a contract grower for Stoffels Tomatoes, the choice in crop variety rotates regularly. This year is no exception. For instance, with the start of the UEFA Euro 2021, tomatoes in the colors of the Belgium flag are being produced in the greenhouse to fill the Stoffels Toma’Box with. Another thing that new this year: Anne and Stefan are growing their tomatoes on perlite.

Growers Stefan Van Craen and Anne Mortelmans between the brown tomatoes for the UEFA Euro-mix.

Life in the greenhouse
Since mid-May, the crops are looking ‘generatively good’ in the partly lighted greenhouse in Lier, say, Anne and Stefan. The growers at cultivation company Mortelmans Anne and BMS grow, live together in the greenhouse.

“We like being in the greenhouse, and it is also practical”, Anne explains. In 2006 she entered into her parent's family business and had a greenhouse built immediately. Later, in 2017, they got to building again.

In the meantime, Stefan joined. At the time, he remained working as a climate computer specialist for a supplier but ended up staying in Lier in 2011 after having visited many growers in the area. “I had already seen many cultivations and worked with another grower for half a year, gaining firsthand experience.” 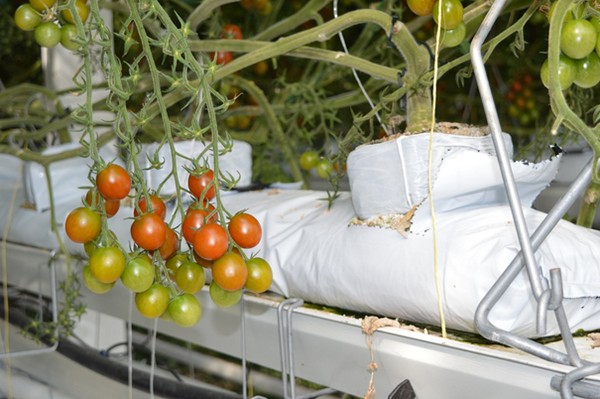 This is the first year they are growing on perlite in Lier.

Revelation
The growers are now gaining experience together in cultivating perlite. The cultivation of this type of substrate is new to them. Stefan: “We have been looking at the substrate we used for a while now. When, during a variety rotation last August, which was a difficult summer period due to the heat, we decided to plant. It turned out that we were able to put the crops generatively with little water needed. This was a revelation to us, one that made us decide to switch to perlite immediately.”

The substrate, popped volcanic rock, is often called ‘a dry substrate’ among growers and cultivation advisors, salesperson Kurt Lauwers of Willems Perlite knows. “This is often used to describe a coarse version than the one we bring to the market. Our bestselling version is a finer one and can be used in combination with other substrates, even if this is not specifically made to do so.” 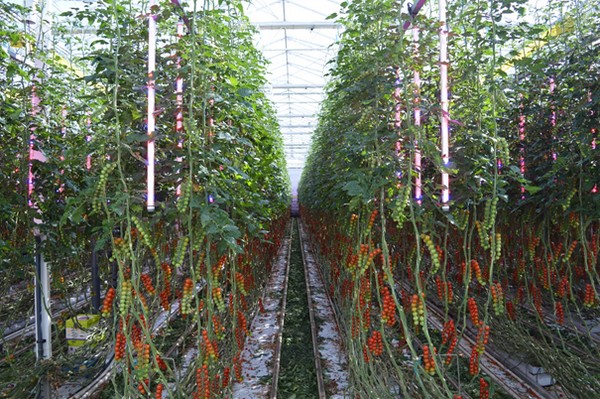 One of the greenhouses in Lier is lighted

Moisture balance
Anne and Stefan are consciously trying to cultivate in a ‘dryer’ way with the substrate. Stefan: “So far, we have been very happy with how the substrate is working out. In January, we were able to plant directly on the mats in our unlighted cultivation, and the first trusses were already looking good. Because it is an airy substrate, we expect to profit from it during autumn especially. It is difficult to maintain moisture balance during that season, leading to crops dying even though we work a lot with scales, moisture sensors and even check the moisture balance by hand. Now we expect to be able to regulate this moisture balance better.” 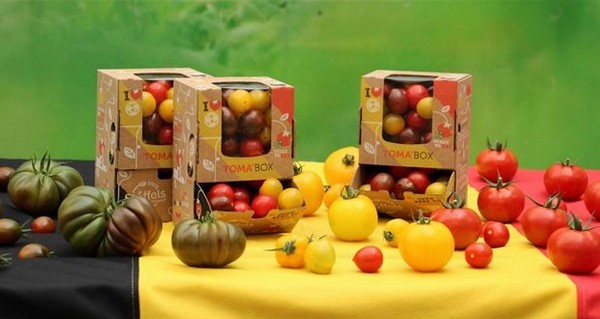 The Toma’Box, containing, among others, the three tomato colors from the greenhouse in Lier

But it’s not time for that yet. First up is the UEFA Euro 2021, and so, after a quick guide through the greenhouse, Anne and Stefan head back to work. After all, a lot of tomatoes need to be harvested to fill up the Toma’Boxen. With this home dispenser that can be found at Colruyt since the 17th of May (while stocks last), soccer fans can have a nice snack from the comfort of their own homes. And, with the help of a drink, keep their moisture balance in check.