"I've never seen such a great bunch of roots"

In the Belgian region West Flanders in particular, it is still a fairly common combination of crops: lettuce and cucumber. Grower Kristof Van Dorpe of Vandogro also combines both crops with two rounds of cucumber, and lettuce in winter.

In mid-May, his two greenhouses, each with a surface area of 7,500 square metres, were home to a traditional cucumber crop. One of them is on perlite for the first time. Kristof is enthusiastic about it and has already decided that next year he will choose perlite for both greenhouses. 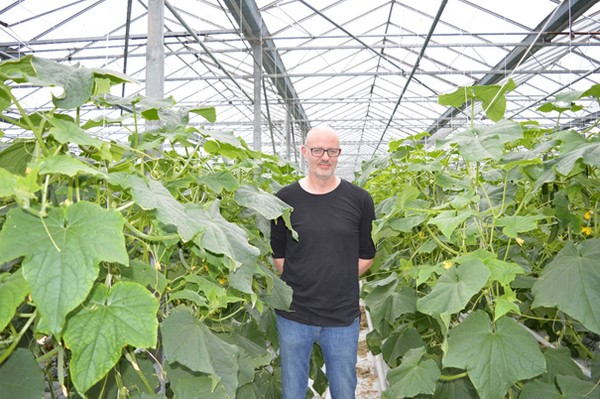 Root bunch
This is partly because of the beautiful roots Kristof discovers when he and salesman Kurt Lauwers of Willems Perlite in Meulebeke do a tour of the greenhouse and cut open a random slab. "Oh my, I have never seen such a great bunch of roots before", he smiles. "I am positively surprised by it." 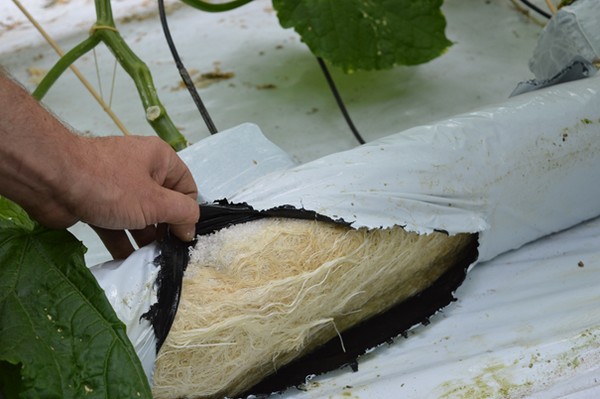 Different schedule
And that is saying something, because Kristof has seen a lot of crops over the years. For a long time he was also an advisor in greenhouse vegetables. Later, he also grew tomatoes until 2018, before switching to cucumbers and lettuce. In the relatively low, old greenhouses, Kristof grows traditionally, but in on slightly different schedule than many other growers. "I deliberately don't plant early because of the heating costs and therefore I have slightly different production peaks than many of my colleagues. That sometimes gives me better prices. Cucumber also gives me more price security."

For comparison: plenty of roots in coco as well, but the difference with perlite is clear

Easier to reach 400 grams
The current first round of cucumbers with the Proloog variety was planted on 8 April. In one greenhouse on coco, in the other on perlite. "In the 'coco greenhouse', I was able to cut two days earlier, but in the meantime I have already made up for that delay with the cultivation on perlite", says Kristof. He aims for 100 cucumbers in two rounds.

He sorts them himself and sells them through the auction in Mechelen. "On the sorting machine, I can easily pick out the fruit from the greenhouse where I grow on perlite. Especially in the first round with the Proloog variety, I find it easier to get a 40'er. The fruit weight in cultivation on perlite is about 20 grams more at the moment." Kristof expects to do the second round, just like in 2020, with the Dee Viate variety, stronger against white disease, as the grower knows. 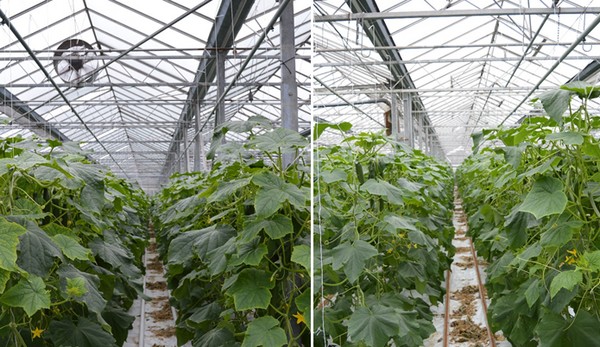 The crop on perlite (left) was slightly coarser in mid-May than that on coco (right).

Own 'recycling'
Kristof keeps records of the latter, fruit weight and pieces. "Not about what the roots look like," he laughs. But it did help convince him to choose perlite. "And the lower cost price also counts." This is partly because Willems Perlite offers growers the possibility of recycling used perlite.