It seems the two farms have much in common philosophically, and they have been having discussions about how the companies might partner to deliver the same business model in the south. In early April, founder Ajit Mathew George and videographer Chris Holt flew to Birmingham to see Lee's operation in Hokes Bluff firsthand. 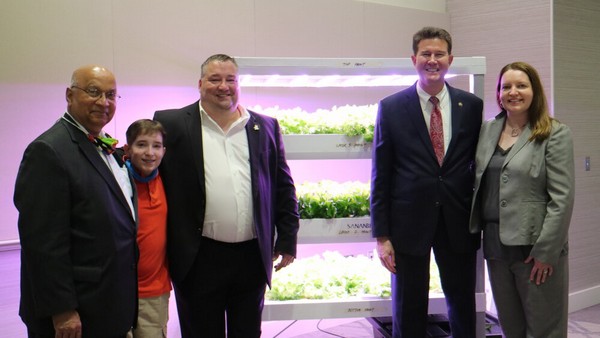 Lee Harrison and his wife, LeeAnn, are the founders of Gardens on Air, an indoor vertical farm located in Hokes Bluff, Alabama, a town nestled in the foothills of the Appalachian Mountains. Operating in 3,000 sq. ft. of a 20,000 sq. ft. former grocery store, Gardens on Air grows chemical-free produce and herbs harvested and sold locally. They are a Certified Woman-Owned, Certified Natural Grown, Vegan Certified, and a Non-GMO Project business. All the work is done by their family, including their twins, a boy, and a girl.

On the first day of their visit, Ajit met with the owner of the building where Gardens on Air operates. Ajit estimates that in this 20,000 sq. ft. building, Second Chances Farm would have room for 400, 6-level modules, which would make the farm commercially viable. 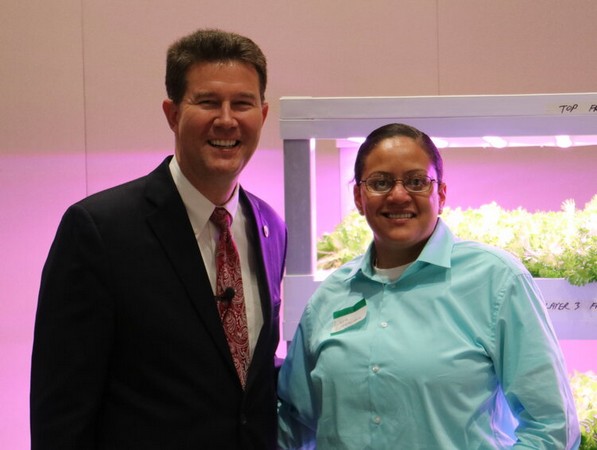 To introduce Second Chances Farm to the community, Lee organized an event for the second day of their visit. He invited movers and shakers from the local community, the state capitol and regionally. It was pouring rain and Ait feared no one would show up.

“Hokes Bluff is about a 2-hour drive from the state’s capital, Montgomery,” Ajit says, “so I was surprised to see how many people took the long drive. All told, 30 people were there, including the Alabama Secretary of State John Merrill, elected officials, senior officials from the Alabama Board of Parole, Alabama Department of Agriculture and Department of Education. We were honored to meet the mayor of Hokes Bluff, and members of Etowah County Commission.”

Ajit had serious discussions about how to grow healthy food locally for the 160-plus school districts in Alabama. Lee and Gardens on Air is too small to provide this demand at scale. 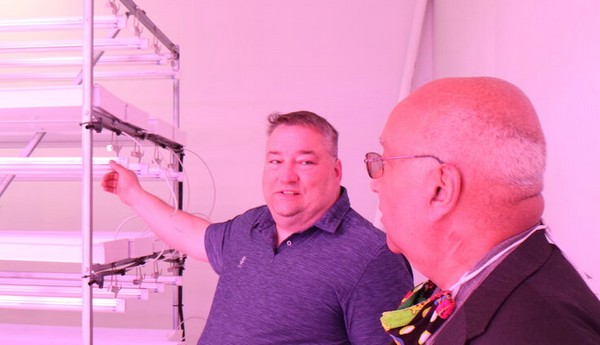 Since one of Alabama’s largest concerns is food insecurity, there may be an opportunity to use some of the funds from President Biden’s $1.9 billion COVID relief bill to partially finance a Second Chances Farm in Hokes Bluff.

Ajit had a fascinating discussion with a county commissioner who told him of plans for a self-contained vertical farm container at the county prison. They were intrigued by the opportunity to be able to have a social impact not just on returning citizens, but on the current inmates who would be learning valuable skills while still incarcerated to improve their chances of employment once they are released. The prison wouldn’t have to build anything. All they’d have to do is put in a 40-foot container and connect it to water and electricity.

“Everyone is very supportive of Lee,” says Ajit, “and they love what he has done. They’re anxious to take Lee’s innovation and transform it into a much larger dimension.”

There are many discussions to come and many issues to address before Second Chances Farm can establish a new location in Hokes Bluff, but it seems almost everyone wants it to happen and the powers that be are willing to lend their support.