Updates on the 'Plastic-Free Crops' project

Biodegrable pots from niche product to more extensive use

"Little by little we are achieving more and more results. We have moved from theory to practice on all fronts. Our Plastic-Free Crop project is gaining ground with the use of Fertil Pot cultivation pots. These are 100% biodegradable and made from plant fibers. QuickPot pots, made from 100% recycled and recyclable plastic, can be washed and reused for more than 10 years," said Alessandro Guglielmi, sales manager of Energy Green from Borgosatollo (Brescia), Italy.

"The companies we are now working with have been able to adapt to the new standards of the biodegradable system and overcome an initial skepticism. The feedback so far has been positive. To give an example, the herbs of Bio&Co, sold by Floricoltura Gagliolo from Albenga, are delivered in a beautiful wooden box. The plants are grown by the nursery FK BIO, where our good friend Fabio Ravera has not only adopted our philosophy, but also has the merit of having a social commitment in his production chain. The herbs are all grown in a Fertil Pot that can simply be transplanted with the plant," said Guglielmi. 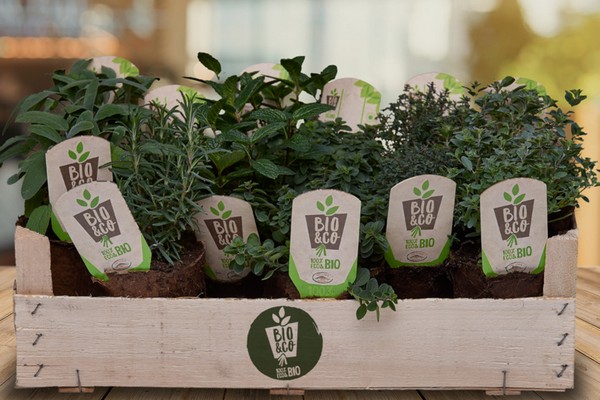 Guglielmi emphasized on the importance of growing the plants in the Fertil Pot (pictured below). In this way, they reach the consumer without any disposable packaging lying around.

"But in the wake of the biodegradable Fertil Pot's success, there has been an influx of pots made of recycled paper, cellulose and other materials, but where the plants are grown in plastic pots and transplanted shortly before they are released on the market. The unsuspecting consumers thus think they are helping to reduce pollution, while the disposable pots, used until just before, are simply discarded earlier by someone else." From an agronomic point of view, the plant cannot immediately permeate this type of pot and therefore suffers a high transplant shock. Moreover, when the paper degrades, it consumes nitrogen, subtracting it from the availability of the plant itself. 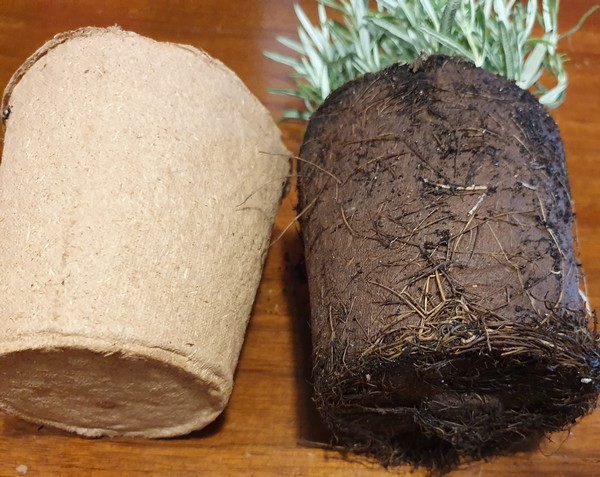 On the left the new Fertil Pot and on the right a grown Fertil Pot. The roots of the plant have grown through the pot. Once transplanted, they find the ideal conditions to start over, more vigorous than ever. (Photo by Alessandro Guglielmi)

"Another project in which our solutions play a role is the Comuni Fioriti event, managed by Asproflor. This organization has decided to use our Plastic Free philosophy and provide the flowering plants to the public administrations participating in the initiative. The intention is to implement the request of plants grown in Fertil Pot. In addition, our project has aroused the interest of the famous Rossano Ercolini, winner of the European Environmental Prize in 2013, as well as author of several books on the subject and president of Zero Waste Italy and the Zero Waste Research Center, which included our pots in the site prodottirifiutizero.it", explained Guglielmi. 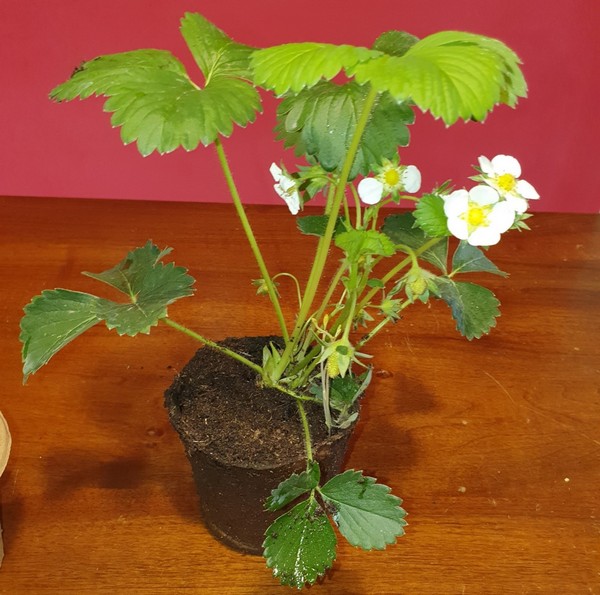 Lastly, the Minoprio Foundation took part in the call for proposals launched by Cariplo called ‘Project Susflo-Sustainable Flowers. Plastic Challenge: a contest against disposable plastics’. Together with the University of Milan and the AICG, with the contribution of the High Horticultural District of Lombardy, they will monitor consumers using Fertil Pot for two years.

"I think all of this is a sign of a trend change. We are going from a niche product to a more intensive consumption of the biodegradable pot, because there is a greater ecological awareness and more attention to the waste problem," concluded Guglielmi.