“Agriculture has been put under a lot of performance pressure because we need to grow with less,” says Keenan Pinto, CEO and Co-founder of Nordetect. “We learned that mother nature provides a strong buffer for outdoor farmers. Indoors, however, control systems become more important and are key in handling the grow.

“Everyone knows what it takes to grow crops as we did in school. We started to realize that indoor farming had its consequences,” he adds. Some growth factors, such as plant nutrition and sunlight are substituted by nutrient water and artificial light. The team sees that, in order to continuously improve farm performance, collecting data and measurements are crucial. Through the portable analysis device, Nordetect measures nutrient parameters, guiding growers on maintaining the optimum levels of fertilizer. Plants can be cultivated in a sub-optimal growing environment can result in lower yields or reduced quality. According to Keenan, you cannot grow without measuring nutrient data and that’s where Nordetect comes in. 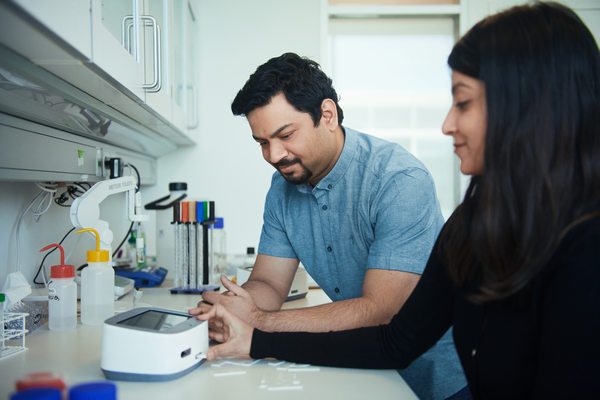 Quick testing
“We want to be the nutrient sensor for the industry as everyone is constantly looking for improvement, either from a business- or social perspective. It’s gaining more importance to avoid downtime and crop loss.” Nordetect’s analysis device can either be used in indoor farms or greenhouses for water-, liquid- or soil testing. Keenan continues, “Our product is kind of like a blood test for crops, looking similar to what a medical device would look like for human testing.”

According to Keenan, the greatest benefit that Nordetect’s product has over outsourced lab testing is that results are available within a short period of time. In this way, growers can quickly remedy a potential imbalance. At this point obtaining results acquires one person. People are starting to use data more than they did before, according to Keenan, and they’re interested in moving data easily between IT systems. “Another great benefit is that our device can interface with any IT system with data from water tanks, in a format that is easily digested within analytics,” Keenan adds.

Removing the time barrier
A nutrient analysis is one of the most reliable forms of testing where samples are sent to the laboratory, according to Keenan. It’s the gold standard. Ever since the beginning, Keenan wondered “Can we not mirror what they’re doing in the medical industry? We have to cut transport and research time that is taken to do a laboratory test.” The lab research times vary from two days to three weeks globally.

Even so in the indoor farming space, the waiting takes too long. “If something’s wrong inside a farm, it’s a non-ideal condition for farmers losing productivity. There’s a product and market fit as the industry requires rapid results. At the moment, growers are paying a considerable fee for overnight shipping of samples to labs for faster testing. Luckily, says Keenan, “we can mimic the laboratory, putting the results right on the table at the farm. It’s an at-line solution for a nutrient analysis.” 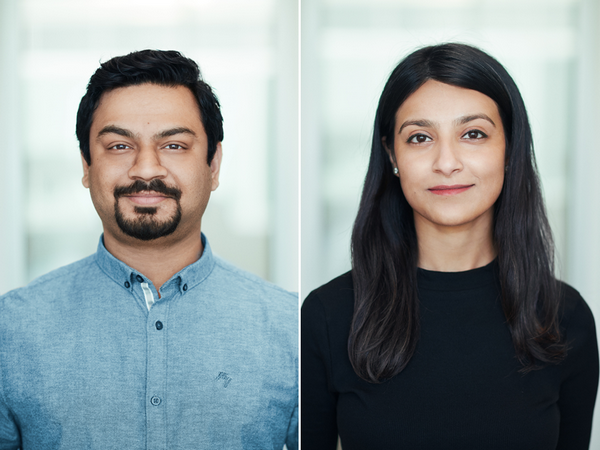 Origin
The concept arose from Palak Sehgal, Nordetect’s co-founder, who was based in India when the idea struck. She had seen that there was a strong push towards soil analysis and soil testing from the governments. “We saw this as a global phenomenon,” Keenan affirms. “Where he saw many farmers using the wrong soil nutrients required. Then the idea arose to create a tool kit where farmers can test their soil and evaluate what needs to be improved. We wanted to have a tool as a risk mitigation factor in the form of soil testing.”

With a background in bioengineering and plant molecular biology, both co-founders Keenan and Palak, studied together for their undergraduate and postgraduate degrees. Keenan says that Palak and himself always knew they wanted to make an impact on the agriculture industry. “We founded Nordetect in 2016 while working our day jobs,  interestingly in vertical farming tech, and plant biochemistry.” Towards the end of 2017, they jumped on full-time and kicked off starting with soil- and nutrient testing. Eventually, Nordetect was created and started from its Copenhagen office.

The company has recently secured new funding to set up a more scalable manufacturing processes and has set up an early access program, specifically for the East- and West Coast of the US and Europe.