The UK's growing fewer and fewer vegetables, while importing more and more

In December/January, the United Kingdom imported a third of its fresh fruit and vegetables from Spain. With seven percent, the Netherlands supplied the second most produce in those months. When you include re-exports, that rises to ten percent.

That's an average of 12.000 tons - 480 trucks carrying 25 tons each  - per week. In December and January, an average of 100 trucks transported fresh vegetables from/via the Netherlands to the United Kingdom per (working) day. These goods also come from many countries. And most of them transport these products by sea. 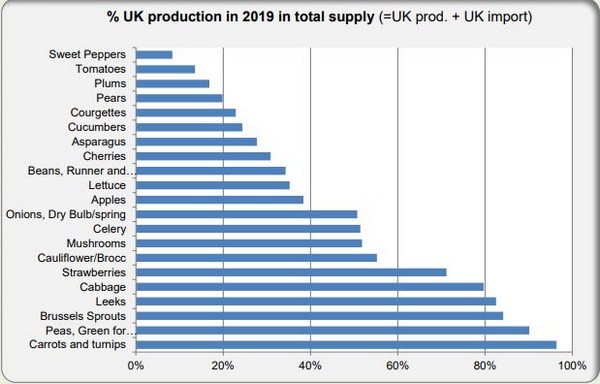 More than half of most products come from overseas
Over the year as a whole, the UK depends on fresh vegetable imports half the time. For example, the UK grows 70.000 tons of tomatoes but imports 390.000 tonnes. The situation is different for products such as cauliflower and broccoli. But even with local production of 150.000 tons, the United Kingdom still imports 120.000 tons of these products annually. The UK also imports a lot of onions, lettuce, cucumbers, and bell peppers.

That country's production of vegetables continues to decline too. The cultivation of fresh vegetables in the United Kingdom is also quite one-sided. Carrots, of which 850.000 tons are grown, account for a third of total vegetable production. Then, in second place, they grow between 350.000 to 400.000 tons of onions. There is a modest protected crop, amounting to 250.000 to 300.000 tons. When it comes to fresh fruit, the UK relies on imports almost 85% of the time. They are, however, growing more apples and strawberries. 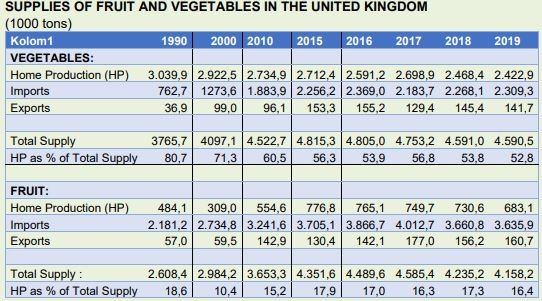 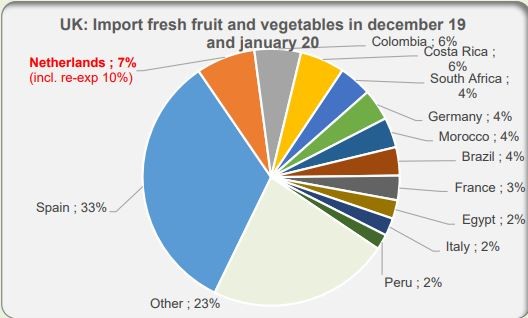