Scientists and disseminators value the contribution of solar greenhouses in Inversolar

Solar greenhouses have been very prominent in social media this week. The celebration of the first online version of the European Solar Greenhouses Congress has served to bring this European production method closer to society.

For two days, experts, researchers, and scientific disseminators in the fields of nutrition, chemistry, economics, virology, and mathematics have shared little-known aspects, broken molds, and ended some ingrained false myths regarding greenhouses.

David Baños presented the congress, and the presidents of APROA, HORTIESPAÑA, and EUCOFEL, all entities participating in Cute Solar, the European information and promotion program, which includes Inversolar, gave opening speeches.

The talks began with the intervention of the virologist Enrique Royuela and a presentation that sounded out of a science film, mixing fiction and reality: 'How to survive a Zombie Apocalypse?' Royuela used the scenario as hyperbole to showcase the fundamental role that solar greenhouses have had in the pandemic, guaranteeing the production of fresh food.

Chemist Daniel Torregrosa directly attacked the historical origin of prejudices and fears about pesticides. He dismantled the chemophobia that our society suffers and reminded the audience that, thanks to chemistry, we live longer and our health is better.

Mathematician Clara Grima spoke about the love affair between maths and agriculture, which can be dated back to ancient Egypt, as well as Big Data, predictive models, and the incorporation of robots to the sector.

The first session of the congress ended with a presentation from Deborah Garcia (Deborah Ciencia), who spoke about 'The Demonization of Plastic'. The scientific communicator recognized the value of greenhouse covers, which have a low environmental impact due to their durability and efficiency when producing food. 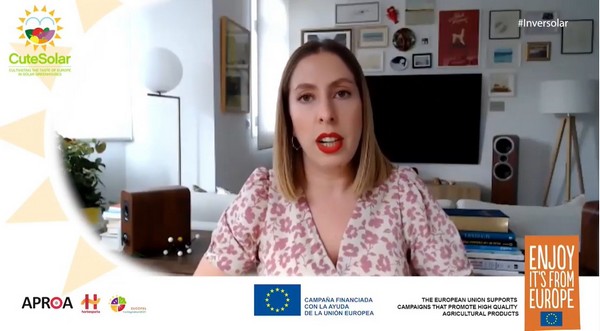 The second day of Inversolar began with one of the most anticipated presentations; Marian Garcia (Boticaria Garcia) spoke about food, hoaxes, and risk factors.

The professor of biochemistry and molecular biology at the Polytechnic University of Valencia, Jose Miguel Mulet, spoke about what type of agriculture is more sustainable.

This first European Congress on Solar Greenhouses ended with an economic analysis of the current situation, in the midst of a pandemic, and the role played by greenhouse agriculture in this crisis. The economist Daniel Lacalle defined the sector as a virus-proof agribusiness that demands greater attention from the political sector and society. Agribusiness has generated less unemployment and has had fewer infections thanks to the professionalism of its agents, he added.

Inversolar is now available on Cute Solar's YouTube channel, where you can review all the presentations in Spanish, English, and German.