Campaign to promote the consumption of leafy vegetables from Murcia 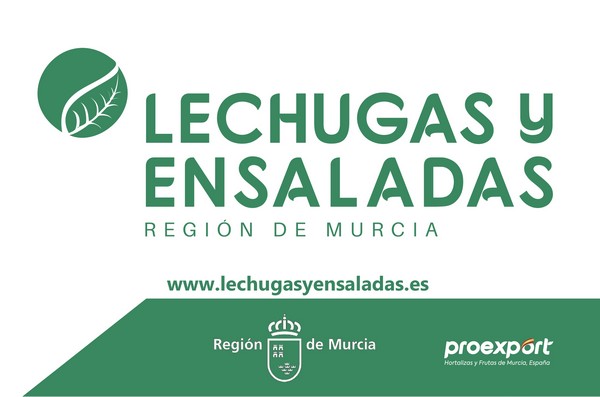 The Councilor of Agriculture highlighted the importance of the regional production of these crops at a national level, "since the Region accounts for almost half of the country's lettuce acreage and 68% of the exports." This initiative of the Councilor of Water, Agriculture, Livestock, Fisheries and Environment is part of the campaign "Products from the Region of Murcia" launched by the regional government to support those sectors affected by the pandemic. 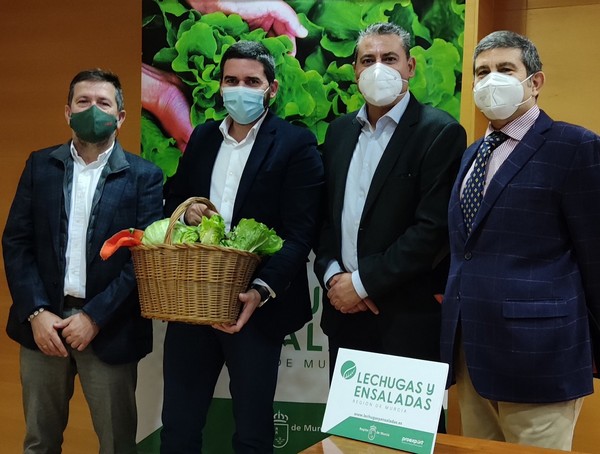 The president of Proexport, Juan Marín Bravo, put the spotlight on all the labor there is behind each lettuce leaf. “Thousands of tons of leafy vegetables are produced here and there are thousands of people working to make this possible.”

Of the more than 35,000 hectares devoted to lettuce cultivation in Spain, around 16,000 hectares are located in the Region of Murcia, with the regions of Campo de Cartagena and Valle del Guadalentín accounting for the largest productions.

In 2019, 430,500 tons of lettuce were grown in the Region of Murcia. 82% of this volume corresponded to Iceberg lettuce and 18% to Romaine and other varieties. Luengo said that lettuce "is the most outstanding of Murcia's fruit and vegetable products for export. In 2019, 510,000 tons of lettuce were exported by the Region of Murcia, out of the total 760,000 tons exported by Spain. The value of those exports amounts to 475 million Euro.”

80% of the lettuce exported is consumed in the European Union, with Germany, the United Kingdom, France, the Netherlands and Italy, in this order, as the main consumers.

The website www.lechugasyensaladas.es has posted a promotional video about lettuce and salads grown in the Region of Murcia. In it, consumers are shown "the qualities and properties of the different varieties that are produced.”

The website www.lechugasyensaladas.es contains sections on varieties, nutritional benefits, recommendations and recipes, as well as information on food safety, agro-innovation and technology, and social, environmental and economic sustainability. There are also healthy stories, information about growing companies and facts and trivia about lettuce.