"Light is most undervalued greenhouse cost"

If you ask a good greenhouse operator, “What is your cost of natural gas? Electricity? Building cost per square foot? Operational cost per square foot?”, he’ll give you detailed answers. Ask him, “What is the value of the light you receive?” and you’ll get a different response. “…Uh, what?” he might respond. You clarify. “The light, the sunlight. What is the value of the sunlight?

“I don’t know.” He will be taken off guard because he’s never thought about it before. Why? Because people take light for granted. After all, sunlight is free. Why place a value on it?

"Why would you try to conserve something that’s free? Why would you try to maximize the value of something that’s free? In your mind it has no value. This is true with sunlight. Because it’s (supposedly) a free resource, people don’t place an economic value on it and then they don’t build their model to maximize that value. The problem with this is that light does have a cost that can act as a limiting factor on your operation. This inefficiency poses a significant problem."

"For instance, say you want to grow in Alaska. You want to grow year round but in the middle of the winter you might only have an hour of daylight – all of a sudden the economic value of that light becomes alarmingly apparent. Because you actually have to pay to replace it in the wintertime. So if you’re growing in Alaska in the wintertime, you’re freaking out about how you get the maximum value out of that light. You’re may choose to use red and blue LEDs instead of white because you can get more efficiency from them – even if it’s at a higher initial cost. You’re going to do everything you can to maximize the value of that resource."

"But down here in the lower forty-eight and most other parts of the world, we don’t think about that. And that’s why, even though light is a resource like everything else, no one actually figures it into any of their calculations, including the cost of goods sold. This mistake often limits growers to much lower production, or missing out on key observations that inform their model. (Among other things.)" 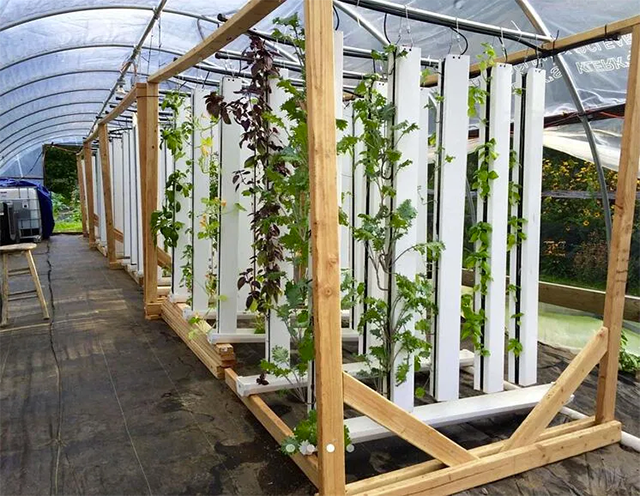 ZipGrow Towers were designed to reflect light through the mass of towers to reduce shadowing and light waste.

Read more on how to place a value on light at the Zipgrow blog.